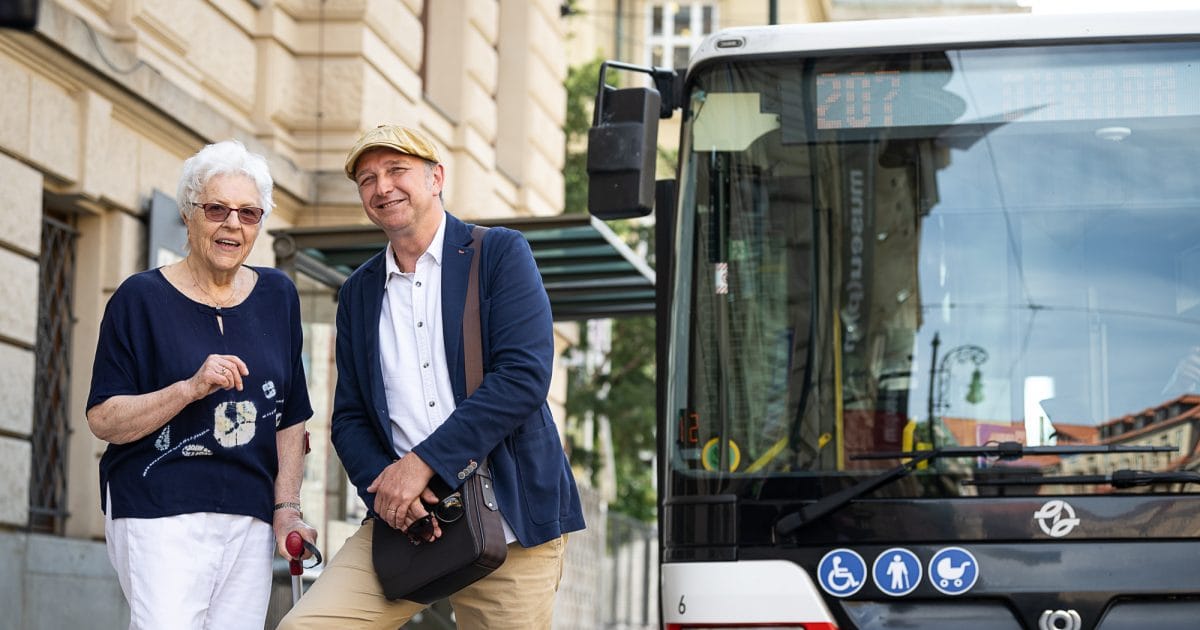 The citizens of Prague begin to say goodbye to the familiar voice that used to announce, until now, the next bus or tram stop. The announcer Dagmar Hazdrová, who has been in charge of the work since 1996, already has a replacement: actor Jan Vondráček, who specializes in Czech dubbing of foreign series and films.

Vondráček was chosen by the public in a vote that was open until June 19 this year and featured four candidates. To reach this selection, the Transport Company chose ten adept voices in a first round, and then left the decision of the four finalist voices in the hands of a specialized jury.

Consulted by Czech Radio during the vote, Luboš Vacek, from the Prague Transport Company, explained that the public positively accepted the initiative.

“I must say that we have not registered any negative reaction. People liked the idea. The massive voter turnout shows it.”

Vacek also explained what the preselection criteria were, since the voice had to withstand certain technical conditions.

“The new voice must meet a series of parameters. In addition to being pleasant to the ear, it must be clear and powerful, understandable in urban means of transport. At the beginning we recorded dozens of voices that we later heard on the loudspeakers during the circulation of the buses and trams. It should be taken into account, for example, that trams, being electric, emit a frequency that alters the voice in the loudspeakers. We chose the first ten voices that were best heard”.

The announcements narrated by the actor Jan Vondráček will begin to be heard on trams from the fall and on buses from next year.

The truth is that the task of the winning candidate is not a simple task, much less a quick one. The actor will have to record the names of stops and other announcements to cover not only the city of Prague, but also the municipalities of Central Bohemia that are part of the Integrated Public Transport Network of Prague (PID).

The Czechs know the actor not only from his many films and series, but also from his participation in the Divadlo v Dlouhé theater, where he has performed since its foundation in 1996. In addition, they also know his voice thanks to the approximately 4,000 film and character actors. foreigners who doubled the Czech in his impressive career.

Among the best-known characters Vondráček has given voice to is Moe Szyslak (“Vočko” in the Czech version), owner of “Moe’s Bar” in the animated television series The Simpsons. By his position, the bartender’s voice does not resemble the elegant tone that public transport announcements will have.

The actor received more than 62% of their votes in the poll open to the public. The other candidates in the race were Jitka Moučková, actress and voice actor, in particular of Scarlett Johansson; the actress and founder of the Divadlo X10 theater, Anna Císařovská; and the dubber and presenter Jakub Starek.

Stop announcements began in the 1950s, a task that was carried out through a microphone. During the inauguration of the first metro line, in 1974, the first announcement broadcasting system was installed. In trams, the first cassette players appeared in 1987. Only in 1995, the first digital advertisers were installed in the subway, and in buses and trams, the following year, when the announcements were made by Dagmar Hazdrová. In 2022, his legendary voice will begin to say goodbye to public transport, since Hazdrová considers that it is time to get off at the next stop, to give his seat to another colleague, ready to start a new route.