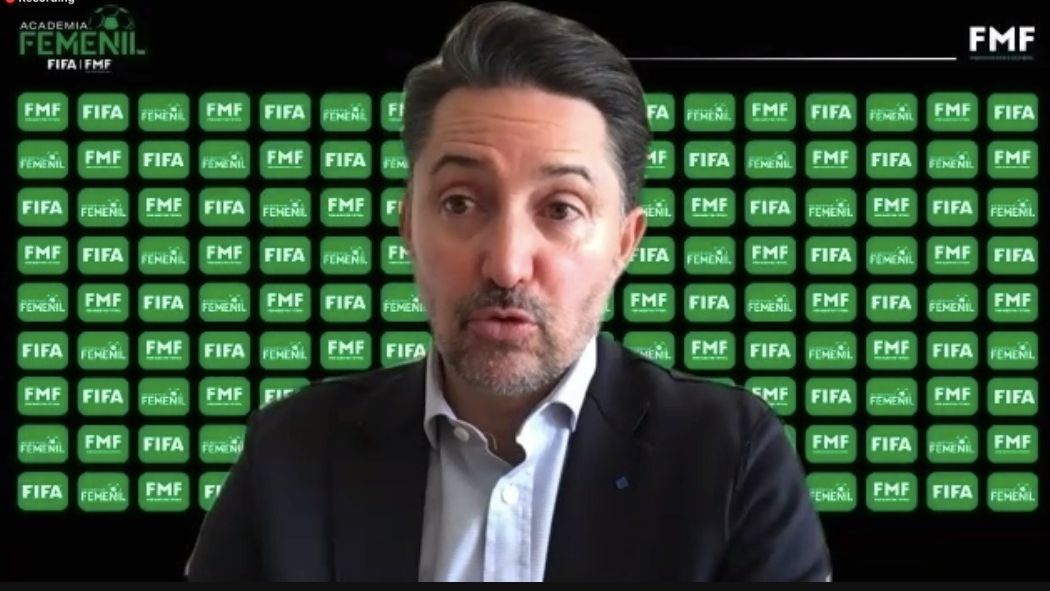 Yon de Luisa was clear and said that the FMF always took care of the identity of all those involved in the investigation that was carried out on the subject of the U-20 women’s team.

louis yonpresident of the Mexican Soccer Federationexplained how the research process was in the U-20 Women’s National Team after complaints were received against the coaching staff that headed Maribel Dominguez.

At a press conference, the head of the FMF He maintained that complaints were received because they were different media and explained that there were many people involved in the process to take the sanction of separating Dominguez and to his coaching staff.

“We used these protocols a few days ago in the women’s U-20, we received complaints through anonymous emails, others in person at CAR offices, others through messages to my line and they were identified because the complainants wanted it that way,” said in the first instance Louise.

“We had talks with the presidency, the operational area, Human Resources experts and we spoke with more than 14 players, six people from the coaching staff and a few external people who had valuable information. This is how the investigation process was carried out and the decisions were made, ”concluded the manager without hesitation.

Similarly, he said that the complaint protocols are open to the entire soccer family in Mexico and not only for national team players, because they want to help those who need it.

“In the FMF we have protocols for reporting a Fair Play code for anonymous reporting and we promote direct reporting with the presidency of FMF and that any player or player can report it. We have the Fair Play line open not only for the national team, but for everyone in the soccer family”, he stated.

louis yon was clear and said that from the FMF The identity of all those involved in the investigation that was carried out on the subject of the U-20 women’s team was always taken care of, in addition to maintaining that they will always investigate first before making any decision.

“As you saw, through the FMF no names were mentioned either in the statement or in the process. We are cautious and try to take care of the integrity of those involved. We will do it. Then you have to carry out an investigation to corroborate what is reported. The sanction is carried out with what was found in the investigation.”

The statements of Louise were in the framework of the presentation of the new stage of the Women’s Academy FIFA-FMF, where they seek to capture the talent of girls throughout the country and thus form the U-15 team, in addition to promoting them in their careers so that they reach the clubs of MX League.

In order to avoid more problems between technical bodies and players, the director said that there are very specific regulations for the Academy, which are different from those of national teams, but which were made by experts.

“The Women’s Academy It is very different from the operation per se of a women’s team. We have reviewed the content of regulations and their implementation, to ensure that the application is constant and situations of this type are not repeated. On the topic of the Academy, there have been talks with all the instructors for the treatment and handling of taking them to fulfill their dreams”, he concluded.

louis yon called on all the girls and their parents to go to the nine cities where visas will be held, which are Mexico City, Toluca, Guadalajara, Monterrey, Mazatlán, León, Tijuana, Cancún and Veracruz. The dates are from August and all the information will be found on the website academiafemenil.fmf.mx.