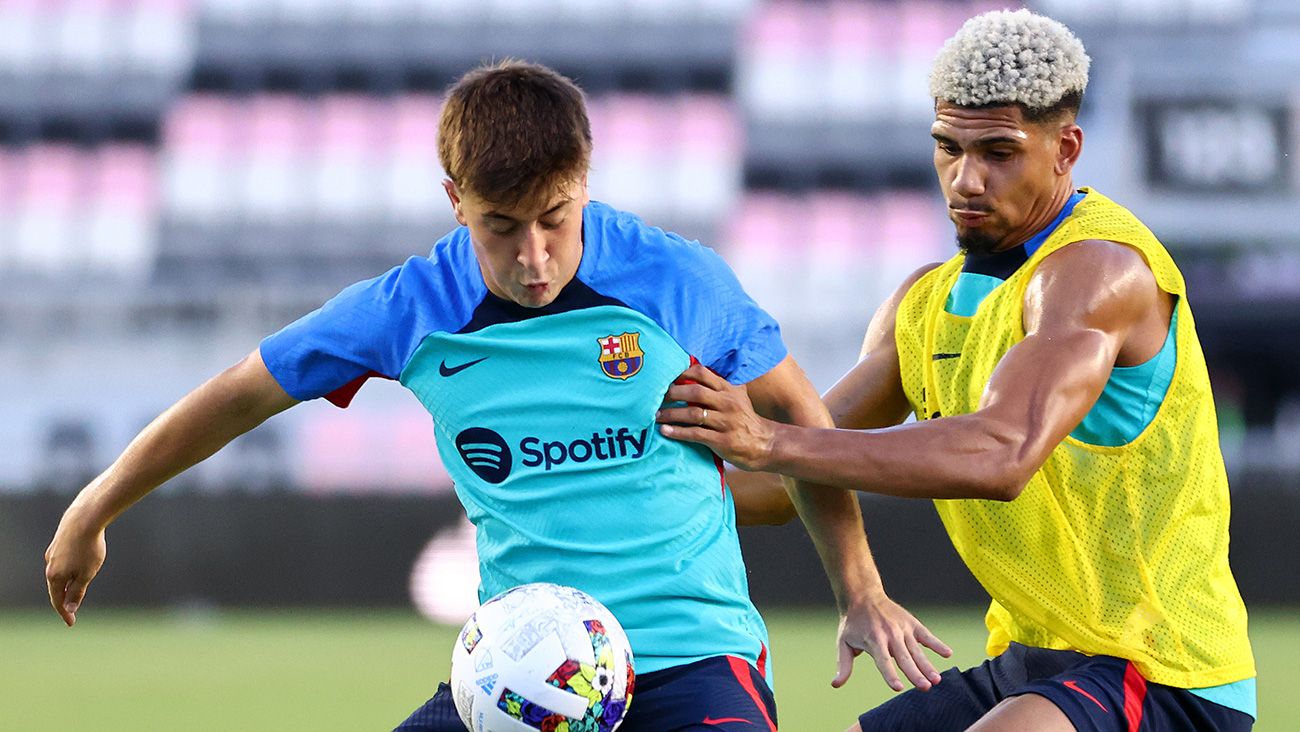 Upon his arrival at FC Barcelona, Pablo Torre has exceeded expectations despite the fact that he has not had enough playing time (less than he has deserved). In the technical staff they are very happy with his appearance and are convinced that they have signed one of the great ‘jewels’ of Spanish football, who is on the way to explode in midfield. Xavi Hernández has made it clear that he has 100% with him and has included him in his plans, but not in the way that was expected.

According to recent information from the newspaper ‘SPORT’, the 19-year-old will definitely begin his career as a Barça player at Barça Atlètic, as planned when he was signed from Racing de Santander. The intention is for him to be part of the subsidiary’s payroll, at least this season, and as he grows and develops, he will have opportunities in the first team, as is happening with Gavi, with his differences.

The Sevillian midfielder has been in the dynamics of the first team since last preseason, under the orders of Ronald Koeman, and he has become a ‘fixed’ for Barça despite the fact that he has the ’30’ on his back. It is expected that now that he has reached the age of majority (this Friday), the renewal of his contract will take place and he will have a first team number, as has been reported in recent months.

With Pablo Torre history can repeat itself, because from the club they see a lot of potential. However, they are aware that the competition this season in midfield is very big. and they want to prevent it from being “idle” with no opportunity to play as much as it should, always according to information from ‘SPORT’. That is why they prefer that he start working under the orders of Rafa Márquez in the subsidiary.

Many alternatives in the core

With the summer reinforcements and the return of Miralem Pjanic, the Barça midfield is very reinforced ahead of the start of 22-23. Xavi Hernández will have at his disposal, in addition to Pablo Torre leaving from Barça Atlètic, Sergio Busquets, Pedri González, Gavi, Nico, Franck Kessié, the Bosnian and a Frenkie de Jong whose continuity with is assured. The club continues in its attempt to transfer him to generate financial ‘fair play’, but the footballer has made it clear that he has no intention of moving from the Spotify Camp Nou.