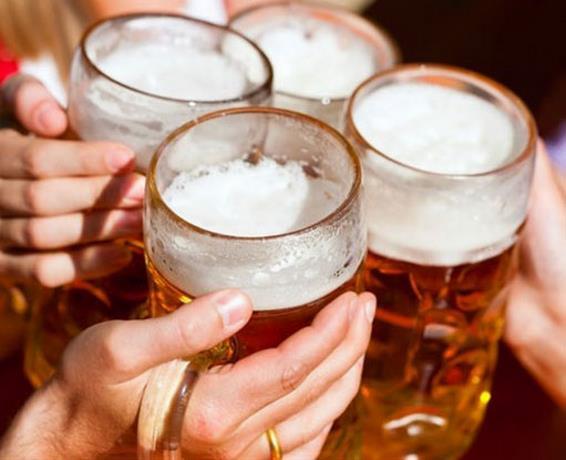 Every first Friday of August the International Beer Day is celebrated, one of the oldest drinks of humanity and one of the most popular in the Dominican Republic.

Beer is the favorite drink of thousands of people. However, among its consumers, many disagree on things such as how it should be served, at what temperature or its effects on the body.

On this day, the brewmaster Felipe Felipe, from the Dominican National Brewery (CND), spoke with journalists from Listín Diario to clarify the myths that have been woven around the drink for decades.

“Beer makes you fat”
Felipe assures that beer does not make you fat, but rather produces more appetite, due to its high level of proteins and starchy substances, nutrients for the body.

Clarifying the popular belief of the “beer belly”, the teacher reiterated that beer does not cause people to increase body mass, but the food with which the Dominican accompanies the drink does.

Referring to frying, he recommended making a balance between alcohol and the food you eat. In addition, he urged consumers to “learn to enjoy and feel the beer on the palate so that they do not have side effects.”

“Must be served without foam”
False, the beer that is served without foam causes it to take place in the consumer’s stomach and produces swelling in the person’s belly.
Many have the idea that the beer is ruined if it is served with foam, however, for the experts, that the beer foams is an important indicator of quality.
“Ideally, when serving it, it should have between two or three fingers of foam and be stable,” says Felipe.

“Ash” so cold
Whether due to the hot climate that prevails in the Dominican Republic or due to some personal taste, the truth is that most consumers prefer to drink extremely cold beer.

However, brewers recommend drinking it at a temperature between 5 and 9 degrees Celsius, so that all the flavor and aromatic compounds of the drink can be appreciated on the palate.

“It is harmful to health”
According to Felipe, beer is a food that, like any other, must take time to digest. This product is made from natural cereals that can be good for people’s health “if and only if taken with caution.”

“When a beer is frozen and then thawed, it goes bad”
Having water, alcohol and electrolyte, when the beer thaws, it disintegrates these condiments. In order for it to return to its normal state, it must be protected from light and then mixed with one that has not been frozen so that it receives the balance of the properties it contains.

“The size and packaging of the beer influences its taste”
Many consider that in the content of beers that come in containers of different sizes and materials (glass and can), different production methods are used that change the original flavor of the liquid. This theory was demystified by the brewmaster, who asserted that the beer is the same in any presentation.

“Dominican beer and that of the United States are different”
According to Felipe, Dominican and American beer is the same. Therefore, he clarified that the difference in beer does not lie in the properties it contains, but rather the occasion of consumption.

“In the Dominican Republic there are no rules for drinking, Dominicans drink while dancing, shopping at the supermarket or sitting in restraint. However, US citizens are limited to taking it at home or in a restaurant, ”she said.