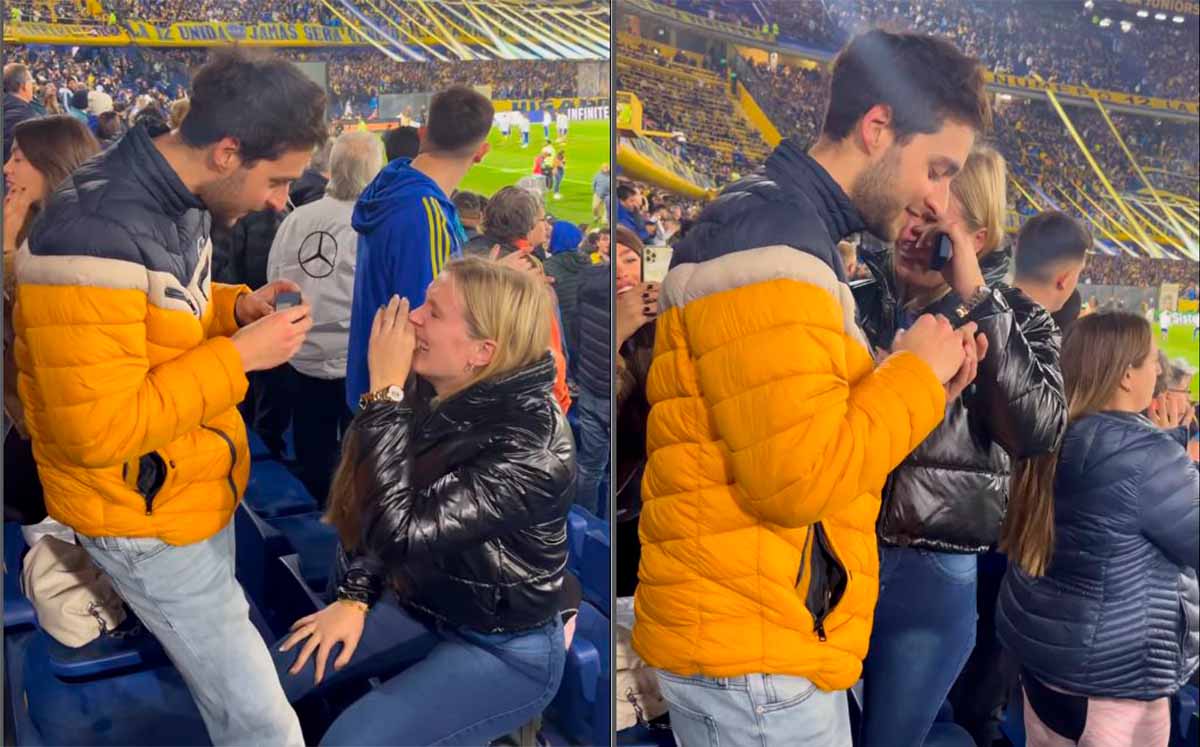 The Bombonera It is one of the most emblematic stadiums on the planet in which great chapters of football have been written with Boca Juniors. Although all that happened on the court, recently a video has gone viral on the steps of the building, where A young Argentine woman proposed to her boyfriendwhose reaction has become popular.

What happened in the Boca Juniors vs Tigre match?

Last Wednesday, the Xeneizes beat Tigre 5-3 in the Argentine League. It was that game that the young Daiana Pistone took the opportunity to ask her partner, Yago Rodríguez, to marry herwho seemed not to understand what the hell was going on while his love team was on the field.

So was the marriage proposal

In the euphoria of the win, she knelt before him with an engagement ring in her hand asking him: ‘Shall we get married?’ Puzzled, he is seen asking her if what is happening is real and he laughs nervously, but what has gone viral is that during the moment of engagement, he at times avoided his future wife to watch the Boca Juniors game.

The curious around the happy couple noticed what happened and recorded them with their mobile phones, some applauding and others congratulating them on their upcoming union, while she cried with happiness and he hugged her, but with his eyes on the field of the Bombonera.

‘Not even for that they leave soccer’: criticism of the boyfriend

East viral video that Daiana Pistone shared on Instagram and has been taken up by several Argentine media has generated different positions, marked mainly by women who they reproach the boyfriend for “being more aware of the match” than the most emotional moment of her life, particularly because she was the one who dared to propose after eight years of relationship.

In defense of Yago Rodríguez there were those who affirmed that “to be happy you don’t need to shout or cry”, before the accusations that he is very little expressive. For its part, the die-hard fans of Boca excused him by saying that “first things first”jokingly.