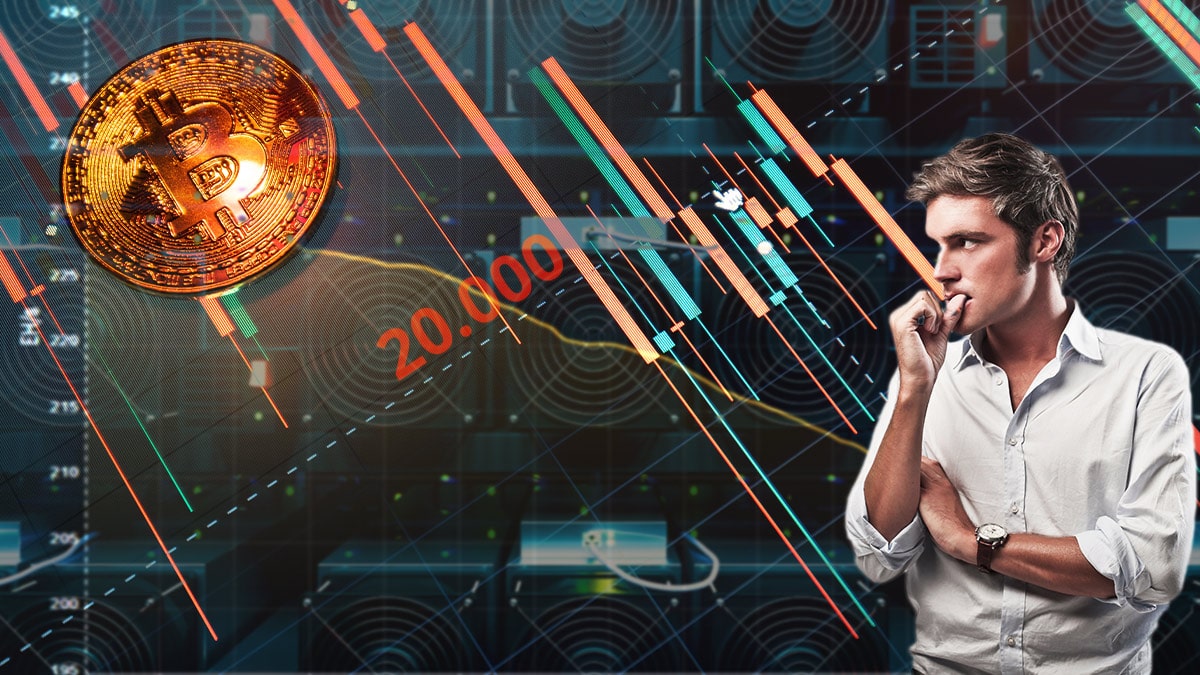 The breaking of the $20,000 barrier in the price of bitcoin (BTC) caused almost automatic damage to the profitability of mining, the activity that keeps the decentralized network alive. After the crash, the indicator has recorded annual lows of just 7 cents on the dollar.

According to charts from Hashrate Index, the Luxor mining pool’s Bitcoin mining analytics firm, the hash pricewhich is understood as the estimated amount to be received by the miners for each terahash they invest in the network, it is at $0.08 at the close of this article. Although earlier it was oscillating around USD 0.075. This measure is expressed in dollars for ease of understanding.

It is about a figure not observed since October 2020, at the height of the COVID-19 pandemic and that responds to its correlation with the price of the cryptocurrency, which is currently trading at USD 19,600 at the time of writing this article.

The indicator, which is commonly used to measure the profitability of mining, accelerated its decline in the last 48 hours. As seen in the chart below, provided by Hashrate Index, the hashprice fell 9% in a matter of hours, just as BTC dropped from its $20,000 barrier.

Braiins, another Bitcoin mining analysis company, validates the situation with the hashprice. This firm suggests a drop to $0.08 at the close of June 18, 2022driven by the drop in prices that was reported hours ago that day.

The drop in hashprice suggests that currently mining Bitcoin may not be profitable for small-scale miners, with modest operations. In fact, and under these conditions, there are mining teams that are working at a loss, especially the oldest ones, such as Bitmain’s S9 and S7, which little by little stop contributing to the network, as we recently saw in CryptoNews.

At times when the hashprice plummets back to 7 cents, the hashrate, which is the sum of the global computing power used to process transactions on the Bitcoin network, it also reports drops, as a possible reaction to the drop in prices.

It is good to clarify that, for a week, the hashrate has also been falling as a result of the red market. However, since the price of BTC broke its resistance at $20,000, processing power accelerated its fall, just as the Hashrate Index charts suggest.

As seen in the chart below, the hashrate fell to 207 EH/s during the trading session yesterday, only to bounce back and oscillate, at the close of this article, above 209 EH/s, in an apparently stable trend. The hash rate plunge was 12% from its last all-time high of 236 EH/sas verified by this company.

The drop in hashrate can be understood as a possible disconnection of miners from Bitcoin, especially the small ones, which do not have the financial and computational muscle to continue. And it is that, in addition to the fact that they do not obtain profits and only work to pay debts, they must subject their teams to a greater effort, since the difficulty of mining was adjusted a few days ago and exceeded, again, 30 trillion (T) . A fairly high figure compared to previous scenarios.

All this forms the perfect equation for small operators to desist from their mining activity for the time being and leave the space open to large companies, in an industry that, although in crisis, is still safe and running.