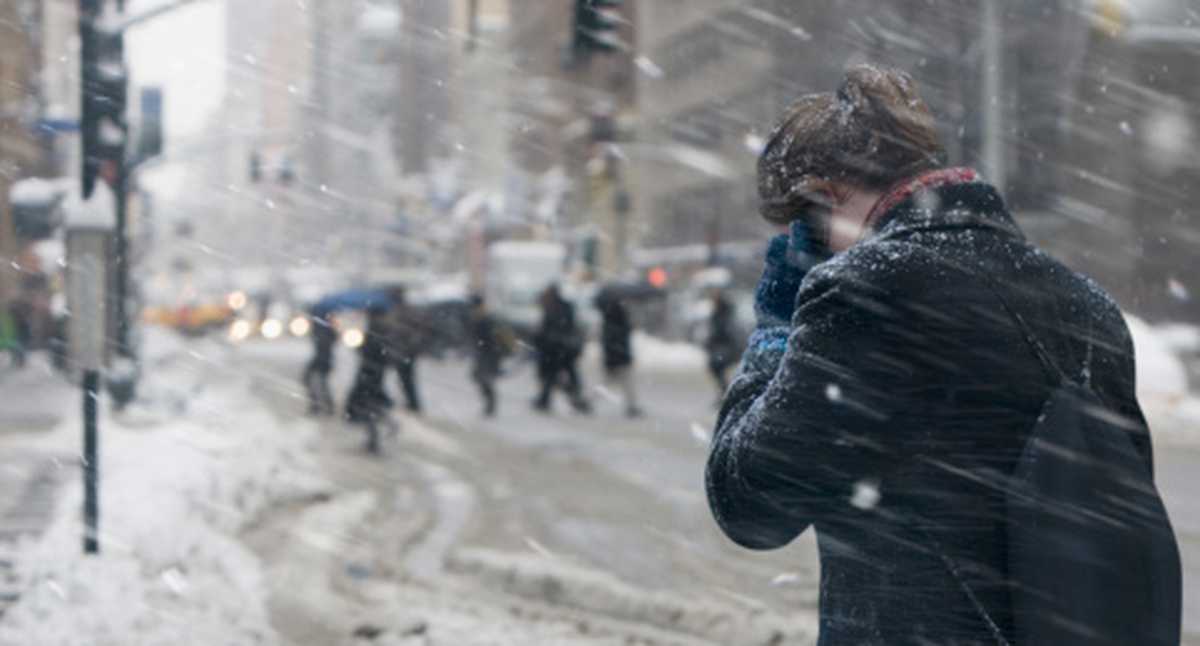 This December 25, the balance of deaths due to a storm of freezing temperatures that hit parts of the mid-west and eastern The United States rose to 22, after seven states of the North American country confirmed the number of deaths during the last hours.

According to information collected by the US television network CNN, eight people have died in Ohio, three in Kansas, New York and Kentucky, two in Colorado and one each in Missouri, Tennessee and Wisconsin.

In addition, More than 315,000 homes and businesses have been left without power due to storms on Christmas Eve, when more than 10,000 flights have also been cancelled, while more than 800 are already canceled this Sunday.

According to the US media, weather forecasts suggest that the storm will be accompanied by the next few hours of heavy snowfall, blizzards and even flooding in some parts of the northeast coast. At the moment there is no truce in sight until after Christmas Day.

While the United States National Weather Service (NWS) has confirmed that the winter storm will continue, at least for the remainder of the weekend, and will also move to the southeast.

“With the Arctic continuing to burst under the steep pressure gradient at the rear of the low pressure system over the warm open waters of the Great Lakes, lake-effect snowfall with local blizzard conditions may persist through Christmas Day.” , indicated the official portal.

Regarding cancellations and delays in flights due to weather conditions, the specialized FlightAware portal indicates that during the course of this December 25, a tA total of 1,276 cancellations in the United States, and 864 delays.

Although, since the effects of the winter wave began, there have been more than 8,000 flight cancellations, a situation that has impacted more than 200 million Americans who are reunited with their families this Christmas season.

Transportation Secretary Pete Buttigieg tweeted Saturday thate “the most extreme disruptions are behind us as airline and airport operations gradually recover,” so it is expected that the figures will continue to drop.

Many travelers stranded at airports in Atlanta, Chicago, Denver, Detroit and New York are hoping for a Christmas miracle that will allow them to arrive in time for the festivities. One of them is Zack Cuyler, 35, who will be forced to spend Christmas Eve with friends in New York, after two cancellations of his flight to Houston, where he would meet his family.

Although he confessed to being “quite overwhelmed” by these postponements, he estimated that he would be able to meet with his loved ones at noon on Sunday, Christmas Day. “I’m grateful for that,” he told AFP.

Another of the effects that the winter storm has left are the blackouts in a large part of the country, according to the Poweroutage.us site.the states most affected by power outages are North Carolina, Maine and Tennessee, where the thermometer mostly marked temperatures below zero.

The latest record so far, from 10 p.m. on Saturday, December 24, emphasizes that around 530,000 users were still without electricity due to the effects of the extreme cold, according to the site.

However, the situation of high energy demand has led to radical decisions for these dates, such as, for example, some cities began to implement blackouts in turns, sometimes preventing people from heating their homes, despite the low temperatures. Zero that have been submitted.

*With information from Europa Press and AFP.

Previous 10 historical series worth watching on Amazon Prime
Next Kojima explains why he chose Xbox for his next game: “Others thought I was crazy”