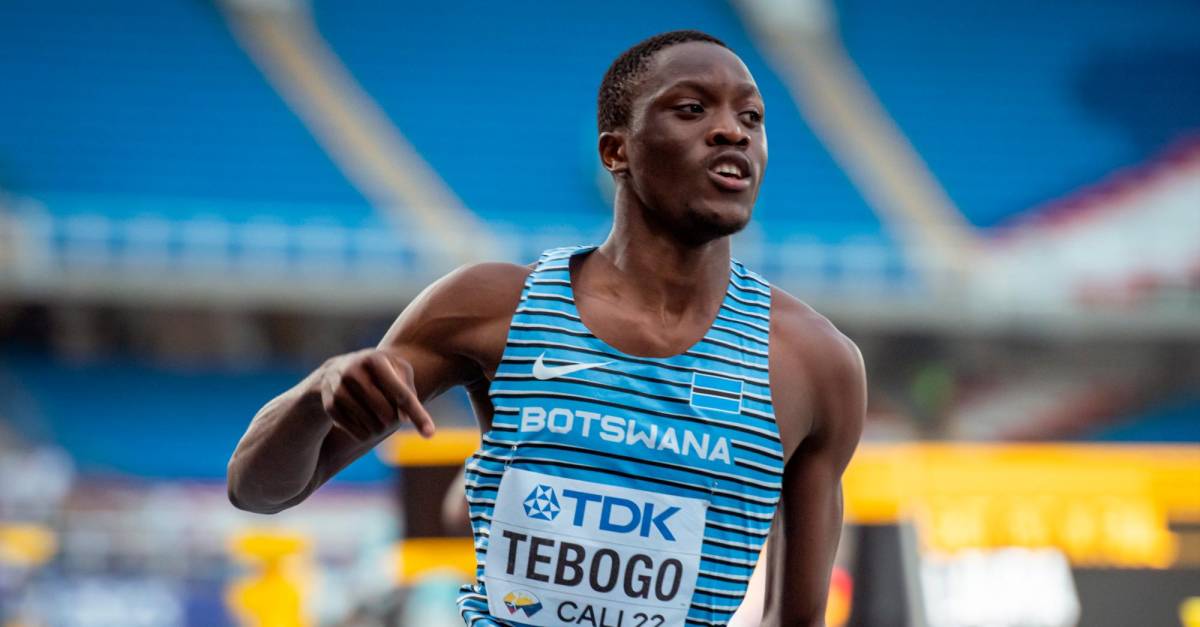 25 meters from reaching the finish line of the 100-meter dash in the Under-20 World Championships in Athletics which takes place in Cali, Letsile Tebogo, he felt like a champion.

With a surprised attitude towards his rivals, he looked at the camera of the west stand of the Pascual Guerrero stadium and waved his right hand as if greeting the public watching him on television. With tranquility and advantage over his adversaries, he took first place. In addition, he set a world record in the category with a time of 9.91 seconds.

“My intention was to go out and enjoy the race. If someone took it as a lack of respect, I’m sorry “, commented the king of the sprint, who wanted to ” offer fans a slight memory of what he did Usain Bolt in his time. He is my idol, the person I admire”, he assured.

Letsile was born 19 years ago in Botswanaa country in the south of Africa. He has competed in athletics (he also played soccer) since he was a child and contrary to the majority of runners who have left his country, such as the long-distance runner Nigel Amosdecided to participate in speed tests.

A young man who breaks records

This is not the first time he has set a world record. In April 2022 he achieved a record of 9.96 seconds in the national championship of his country, with which he surpassed the 9.97 he got the American Trayvon Bromell in 2014, who by that time had been the only athlete under the age of 20 to tour the 100 meters in less than 10 seconds.

In July 2022 he improved his brand. In the quarterfinals ofhe Senior World Cup held in the USA crossed the finish line in 9.94 seconds and although his presentation was good, he could not reach the final.

“It seems to me that he has to learn to manage his head. He is just starting, so when he fully enters the elite he will have to bear the pressure of competing with athletes who have world and Olympic records”, assured the athletics coach Valentin Gamboa.

Tebogo assured that if he had not slowed down his strides in Cali, would have stopped the stopwatch in 9.80 seconds, something that for Gamboa was impossible, because he did it close to the goal. “We have more races ahead of us and we didn’t want to go that far. We want to leave the record here for the next generation to break,” said the winner.

After the show that the African gave, it is speculated that he may be the one to replace Usain Bolt. However, he needs to polish his technique and maintain in the senior category the superiority he has shown among the minors.