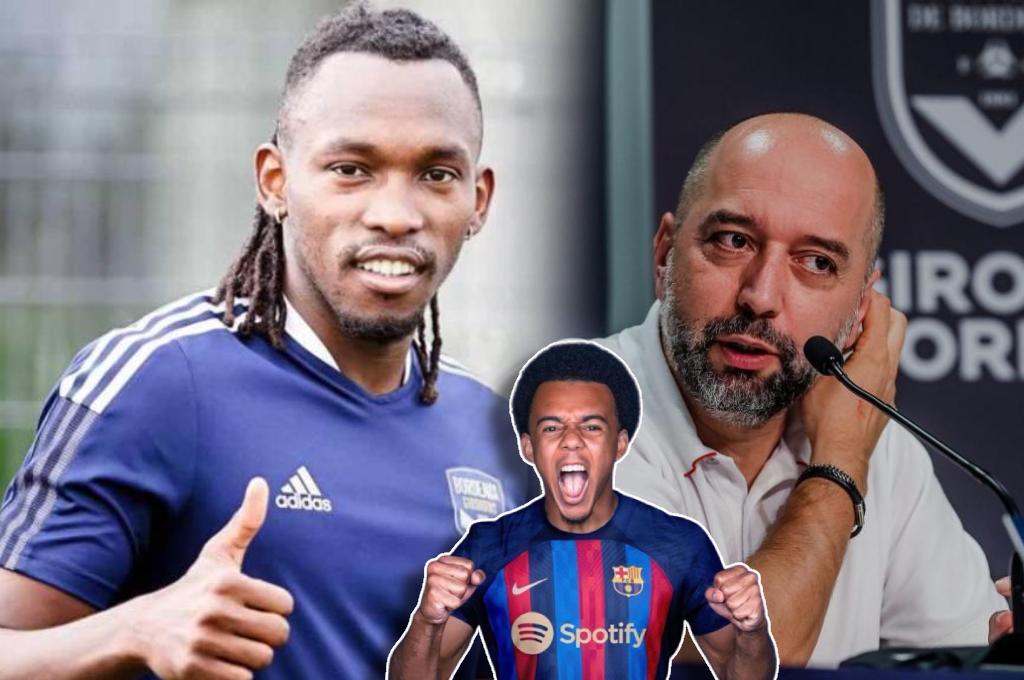 The future of the Honduran Albert Elis seems to have resolved before the stay of the Girondins from Bordeaux in the French Second Division (Ligue 2).

“La Panterita” has not received a convincing offer for the Spanish-Luxembourgish owner, Gerard Lopezwho has valued the striker’s record above 12 million euros against the claims of Fenerbahce and Besiktas from Turkey, as well as Leeds United from England.

That is why Elis is part of coach David Guion’s plans for the campaign that starts this Saturday without the catracho having seen action throughout the preseason, according to his coach, due to “not serious muscle problems.”

The truth is alberth He waited all summer for the resolution of his future, he even had time to walk around Barcelona, ​​but he was not seen related to the Girondin institution since the distant June 27.

There is one month left for the closure of passes in Europe (September 1), so a departure from He is abroad, but while that happens, Bordeaux has already presented him as part of its official squad for the 22/23 championship.

On the French club’s website, Elis’s number ’29’ appears in the official number section, along with other figures who also have offers for departures, such as the South Korean striker Ui-Jo Hwang and the Cameroonian midfielder Jean Onana.

Girondins’ financial crisis has been resolved little by little due to the direct and non-direct income received, such as the sale of the Frenchman Sékou Mara for 11 million to Southampton in England, as well as the eight ‘kilos’ that he will earn from the sale of Jules Koundé to Barcelona.

When the Bordeaux he sold the center-back for 25 million to Sevilla in 2019, saving 20% ​​of the capital gain from a future sale of the player, who is about to be sold for 50 million, plus 10 in variables, to Barcelona.

Therefore, the French club is entitled to a total of five million euros for the sale of Koundéplus the percentage of training rights that add another three million, being eight in total.

This figure will not reach the bank account of the French southwest, since the investment fund that bought the Girondins debt, which is King Street Y fortressagreed that all economic income to the club be transferred to the investment coffers to settle the debt of 53 million, which, due to the resignation of two investment funds to the debit of 75% of the amount, went to 13.5 million.

Girondins managed to solve its finances in the face of multiple incomes in recent weeks, such as: 7 million euros in aid after having downgraded, 8.25 from the CVC investment fund, 5 million from a delay in renting the stadium, the already mentioned sale of Sékou Mara (11) and the amount they will get for Koundé (8). In total, the summer will end with 39 million revenues for Bordeaux.

That is why, as the owner Gerard López advanced on July 7with the balanced economy in the institution, Girondins does not need to sell players, since it has the solvency to support its entire squad.

This indicates that the sale of Alberth Elis is no longer a goal for the team and everything that happens with his future will be merely a player-agent issue.