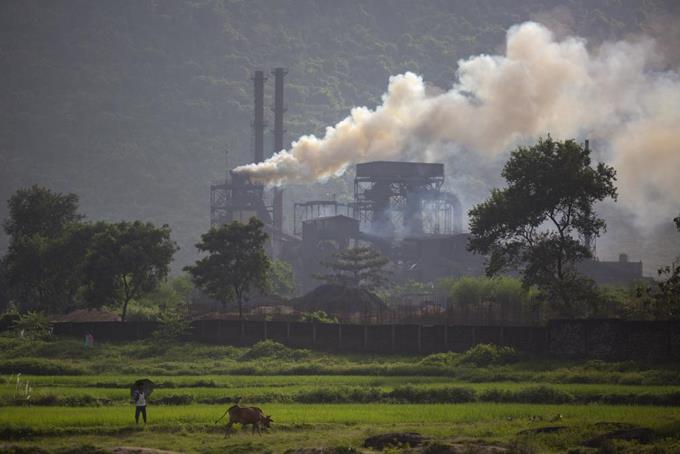 In the run-up to the UN climate conference in Glasgow, Great Britain, the host announced that one of the goals of the COP26 conference was to make coal history.

But it turns out that is easier said than done. And even saying it – in writing – has been quite difficult.

Negotiators in Glasgow have drafted and rewritten a paragraph according to which the world should gradually abandon coal along with subsidies for all fossil fuels, but without deadlines.

A look at the role of coal in climate change and the energy system and why it is so difficult to abandon it:

WHO IS THE BIGGEST CONSUMER OF CHARCOAL?

China, the world’s most populous country and a manufacturing giant, is by far the world’s largest coal consumer, followed by India and the United States. ANDn 2019 China produced 4,876 terawatt hours of coal-generated electricity, almost as much as the rest of the world, according to the International Energy Agency.

But in proportion to the population the picture is different. Australia is the largest per capita carbon emitter in the Group of 20, followed by South Korea, South Africa, the United States and China, according to the Ember climate research institute.

WHY DO COUNTRIES CONTINUE TO CONSUME COAL?

Briefly, because it is cheap and plentiful. But as renewables become more price competitive, getting rid of coal is not easy.

The need for electricity grows by leaps and bounds as world population and prosperity increase and renewables are not enough to meet that demand.

The IEA projects that India will need to add an energy system the size of the European Union to meet the anticipated increase in demand over the next 20 years. IEA statistics reveal that the share of electricity generated by coal was 38% in 1973, and 37% in 2019.

WHAT DOES THE FUTURE HOLD FOR COAL?

The future of coal looks bleak, whatever the language agreed to by governments in Glasgow. It’s not just about the weather: in America, natural gas has been replacing coal for years for economic reasons, although coal has rebounded this year due to rising gas prices. Since the 2015 Paris agreement, many countries have set net zero emission targets, which requires gradually abandoning unfiltered coal – that is, coal-fired plants not equipped with expensive devices that capture emissions.

Austria, Belgium and Sweden have closed their last coal-fired plants. Britain plans to abandon coal-fired plants by 2024. The announcements before and during the Glasgow conference mean that some 370 plants worldwide have a deadline, according to the Center for Research on Energy and Clean Air. The United States has not yet made a similar commitment.

WHY DO YOU FOCUS ON CHARCOAL?

Of the three fossil fuels – coal, oil and natural gas – coal is the great climate villain. It is the cause of 20% of greenhouse gas emissions. And it is a relatively easy fuel to replace: Renewable alternatives to coal power generation have been around for decades. In addition, burning coal causes air pollution, causes of smog, acid rain and respiratory diseases.