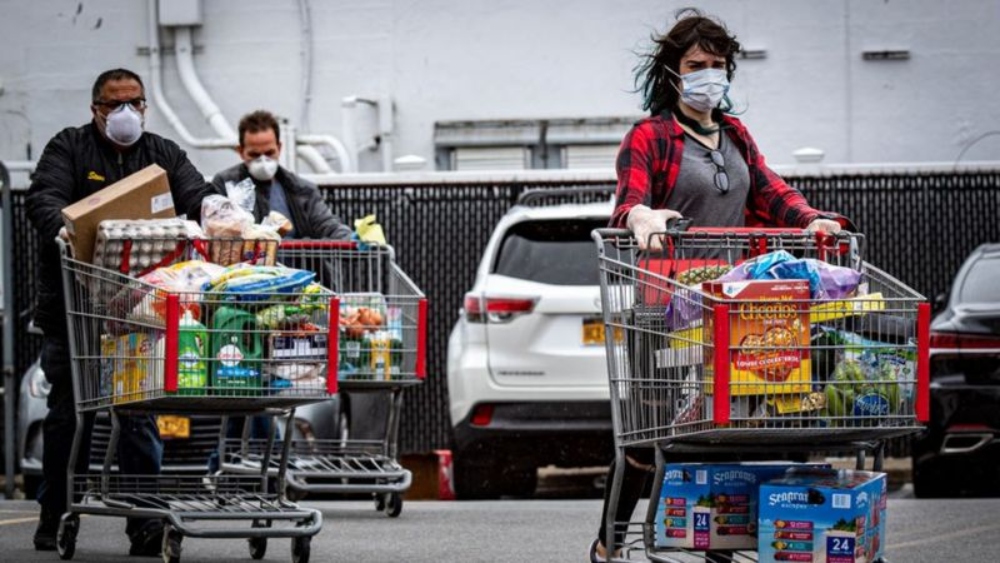 The cost of living for Americans has skyrocketed.

The year-on-year inflation rate in October was 6.2%, the highest figure recorded in the country in 30 years, the US Bureau of Labor Statistics reported on Wednesday.

Food, fuel, cars and housing are some of the products whose price increases drove this historic record.

Rising inflation has been a growing concern for consumers who see their purchasing power decline. Products such as meat, fish and eggs rose more than other foods, while gasoline prices reached their highest levels in the last seven years.

Inflation is accelerating as the economy recovers from the effects of the covid-19 pandemic, population consumption increases, and bottlenecks persist in supply chains that affect the normal flow of products at the level. global.

After knowing the inflationary data, the president of the United States, Joe bidenHe assured that reducing inflation is one of his “main priorities.”

One of the factors that has contributed to the increase in inflation is the shortage of workers, a situation that has caused wages to rise in some sectors of the economy.

In a dialogue with BBC Mundo, Elijah Oliveros-Rosen, senior economist at the consulting firm S&P Global Ratings, says that the inflationary jump was “influenced by the prices of energy products”, as well as by blockages in the global flow of products and the high value of the houses.

“Energy prices are likely to continue to rise in the coming months, but at the same time, the impact of bottlenecks in supply chains should lessen,” he adds.

American Bessy Clarke told the BBC that she has noticed the rise in the price of gasoline.

“I’m thinking about how to limit my travels,” says the New Orleans waitress, who has also seen the price of food go up when she does the shopping.

“Even in the restaurant where I work, meat prices have gone up and now we have to pass that price on to consumers.”

In addition to raising the cost of living for ordinary citizens and making business operations more expensive, record inflation adds pressure on the US Federal Reserve (Fed) to raise rates. of interest ahead of schedule.

“This is a complication for the Fed,” Hugo Osorio, Deputy Manager of Investment Strategies at the financial services company Falcom Asset Manager, tells BBC Mundo.

The body, in charge of the monetary policy of the world’s largest economy, has announced an increase in interest rates (the cost of money) for next year.

In parallel, it has begun a gradual reduction of its multi-million dollar bond purchase program launched to support the economy after the crisis caused by the pandemic.

Market expectations are that, due to inflationary pressures, the agency could advance the rate hike, a movement that directly influences financial markets and the global economy.

For now, the Fed’s goal is to get closer to its objective of keeping inflation in a flexible range of around 2% at some point.

“The increase in inflation is worrying, but we must be calm, because it is not an indication that we will see a permanent escalation,” argues Osorio.

The Fed believes that inflationary pressures are “temporary”, which would justify its decision not to anticipate a rise in the cost of money.

However, other economists are skeptical and argue that the rise in inflation will be more permanent.

The record rise in prices caused a slight drop on Wall Street and a strengthening of the dollar.

Independent journalism needs the support of its readers to continue and ensure that the uncomfortable news that they do not want you to read remains at your fingertips. Today, with your support, we will continue to work hard for censorship-free journalism!