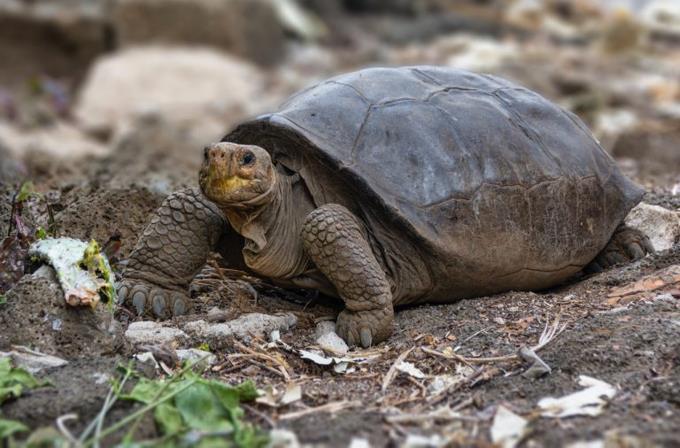 At 190 years old, Jonathan, the Seychelles giant tortoise, made headlines a few months ago for being the oldest living land animal in the world. But why do these reptiles last so long? How is your aging process? Is it very different from ours? Two new studies delve into these questions.

Chemical or physical traits -such as armor or shells- and the ability to deactivate senescence -a gradual process of cell deterioration and body functions- could be behind this longevity in many species of turtlesincluding Galapagos, conclude two articles published in Science.

One of these studies is led by the University of Southern Denmark and focuses on the senescence process.

Contrary to popular theories about aging, the team shows that many species of tortoises and freshwater turtles have found a way to slow down or even completely disable senescencethat is, to avoid the increasing risk of death due to gradual deterioration with age.

The conclusions of the work, carried out on turtles in zoos and aquariums, show that senescence is not inevitable for all organisms, says biologist Rita da Silva in a note from the university.

The study confirms that the pattern of aging in these animals does not resemble that of humans or other animals: most of them age more slowly and, in some cases, their senescence is insignificant.

Of the 52 species tested, 75% showed extremely slow senescence, while in 80% it was slower than in humans.

According to the study, some of these species can reduce their rate of senescence in response to better living conditions in zoos and aquariums, compared to nature, explains Dalia Conde, also a signatory.

Some evolutionary theories predict that senescence appears after sexual maturity as a trade-off between the energy that an individual invests in repairing damage to their cells and tissues and the energy that they spend on reproduction, so that their genes are transmitted to the following generations. .

This compensation implies, among other things, that after reaching sexual maturity, individuals stop growing and begin to experience senescence, a gradual deterioration of bodily functions with age.

Theories predict that these compensations are inevitable and therefore senescence is also inevitable, which has been confirmed in several species, especially mammals and birds.

Nevertheless, It is believed that the organisms that continue to grow after sexual maturity, like turtleshave the potential to further invest in the repair of cell damage and are therefore considered ideal candidates to reduce and even prevent the deleterious effects of senescence.

However, the fact that some of them show negligible senescence does not mean that they are immortal; it’s just that your risk of death doesn’t increase with age, but it’s still greater than zero. Ultimately, all of them will end up dying from unavoidable causes of mortality, such as disease, says Fernando Colchero.

In the other study, led by the American universities Penn State and Northeastern Illinois, data collected in the nature of 107 populations of 77 species of reptiles and amphibians.

Among the findings, the researchers, including Spaniards, discovered that protective phenotypes, such as the hard shell of most turtle species, contribute to slower aging and, in some cases, even “insignificant”, that is, to the absence of biological aging.

For David Miller, from Penn State, “if we can understand what allows some animals to age more slowly, we can better understand aging in humans and also inform conservation strategies for reptiles and amphibians.”

The hypothesis of protective phenotypes suggests that animals with physical or chemical traits that confer protection -such as armor, spines, shells or poison- have a slower aging and greater longevity.

The team documented that, indeed, these protective traits allow animals to age more slowly and, in the case of physical protection, to live much longer for their size than those without protective phenotypes.

Beth Reinke of Northeastern Illinois notes that “these various protective mechanisms can reduce animal mortality rates because they are not eaten by others. So they are more likely to live longer, and that puts pressure on them to age more slowly.”

“The strongest support for the protective phenotype hypothesis is found in turtles. Again, this shows that turtles, as a group, are unique.”