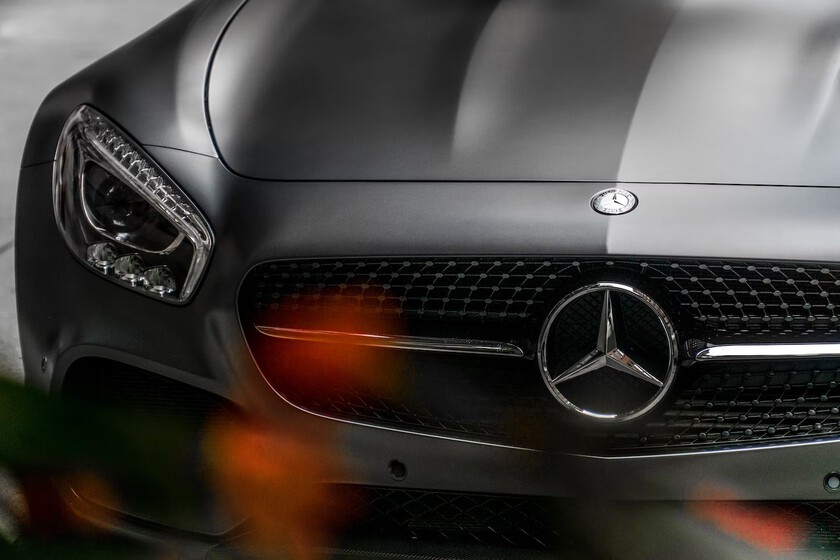 Luxury car manufacturers also want to sell in the digital world. Buying a car seems to be no longer enough, manufacturers now wrap that experience with various additions. And among these accessories appears a concept that is repeated more and more: NFTs.

Brands like Renault, Ford, Porsche or Lamborghini have launched their own digital tokens. Some to commemorate exclusive editions of their most mythical cars and others as a way to strengthen ties with their most staunch fans.

As if it were a football team, car brands have seen an opportunity in these NFTs. Curiously, despite the fact that interest in them has plummeted, car manufacturers continue to bet on them.

Mercedes is the last to sign up. This week we have learned that Mercedes-Benz has registered numerous patents related to NFTs, digital goods, cryptocurrency trading and even the sale of virtual clothing. The German company plans to associate these projects with other own brands such as Mercedes-Benz, Mercedes, S-Class, G-Class and Maybach.

Specifically for its S-Class, the manufacturer wants to offer audio and video recordings, image files, music, and files incorporating artwork with NFT-authenticated collectibles. It would be a project similar to that of ART2People, where Mercedes-Benz partnered with Polygon to launch its own collection.

They are not only cars, but luxury designer brands. Porsche is one of the brands that has the longest history with NFTs. Among the collections they sell, we can see digital replicas of some mythical models such as the Porsche 911.

The explanation of Detlev von Platen, the manufacturer’s marketing director, shows well what they intend with these NFTs: “NFT’s works of art allow us to bring our understanding of modern luxury and the unique positioning of the Porsche brand into the digital world.” Come on, it’s all a matter of brand. These collections allow to give visibility to sketches and design ideas that do not always end up being implemented in a real vehicle.

It’s all a matter of exclusivity and seeing how many are available. The Lamborghini Centenario is the most exclusive model of the house. Only 40 units were created: 20 Coupe and 20 Roadster. It is not only a question of price, but also of having something almost unique in the world. In this game of selling something that very few people are supposed to have is where NFTs come in.

Lamborghini’s NFT collection has 1,963 digital works, but among them there are 63 that can only be purchased for 24 hours. These brands are so used to working with the exclusive that NFTs fit like a glove.

You are the owner of the car physically and digitally. The Spanish manufacturer Hispano Suiza is another of the brands that have opted for NFTs. Of his Hispano Carmen hypercar, 12 were auctioned as tokens through the Trillion Collection.

The idea is to complement the shopping experience. You pay not only for a physical car, but also for being able to say that you own that car. And when it comes to collecting luxury cars, it’s not just having the key, but a “digital certificate” that says so.

Large manufacturers such as Ford, Renault or BMW have also announced interest. Renault created a collection to commemorate 50 years of its R5 cars. And he did it from a website created for this type of sale of digital goods: R3NLT. Also other manufacturers like Ford either bmw have applied for various trademark registrations related to the digital world.

It is not an exceptional idea, but a trend that is repeated in most manufacturers. The reception of users regarding NFTs may be about to disappear, but the idea of ​​digitally accompanying the process of buying a luxury car is very tempting for these brands.

Previous Juan Soto OFFERED statements about the future of Fernando Tatis Jr. in San Diego – SwingCompleto
Next THE TIME OF ARMAGEDDON, PRIVILEGE AND PUNK ROCK IN THE EIGHTIES QUEENS