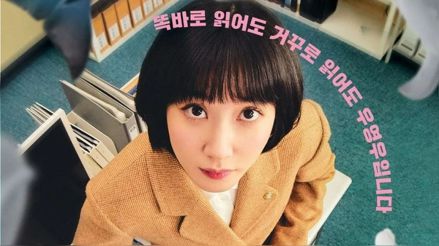 Park Eun-bin is the actress who brings to life the brilliant Woo Young Woo in the new k-drama of the season.

South Korea is in fashion. After the good reception of his movies, series and music, in this part of the world; The Asian country does not allow all kinds of news to be produced and the streaming giant knows it. Netflix continues betting with Korean dramas and one of its most recent additions to its platform “Woo, an extraordinary lawyer”, is telling the time. The series quickly earned a place in Netflix’s Top 10, as one of the most viewed on the platform.

Who is Park Eun-bin?

Park Eun Bin is the actress who brings to life Woo Young-woo, a brilliant and intelligent lawyer, within the autistic spectrum. Park Eun-Bin was born on September 4, 1992 and started her acting career at the age of 7 in the series “White Nights 3.98″. She had her first leading role in the romance series “Operation Proposal”.

Eun-bin, 29, is already well-known in the Korean drama world, having starred in some successful productions such as “The King’s Affection,” “Do You Like Brahms?”, “Hello My Twenties,” “Do you like Brahms?” and many more. This helped him win different awards from SBS and KBS. Also, one of her passions is playing the piano and the violin.

For now, Park Eun Bin She has been secretive about her love life, but on one occasion, she revealed that her ideal man would be actor Kim Soo-hyun, star of the hit series “It’s Okay to Not Be Okay.”

Her good chemistry with her co-stars has wrapped her up in some rumours. It was once said that she had a very good relationship with Kai, her co-star in “Choco Bank” and a member of the famous Kpop band. exo. Of course, this was not to the liking of the singer’s fans. Months later, Kai began her relationship with f(X) member Krystal.

What is ‘Woo, Lawyer Extraordinary’ about?

The series tells the story of Woo Young-woo, a lawyer on the Austite spectrum, who will start working at a prestigious law firm. Woo is a very smart woman and good at her profession; however, she will have to face challenges in court and improve her social skills.