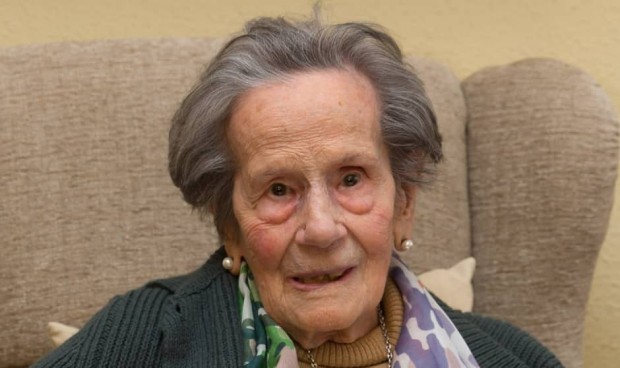 Angela Mouriz, first teacher of the Faculty of Medicine of the University of Navarra, has died this Tuesday in Pamplona at the age of 100. Born in Madrid, she received a degree (1951) and a doctorate (1957) in Medicine from the Central University of Madrid, and was one of eight women in a class of more than 200 men.

“I wanted to be a doctor, like my father, who was a close friend of Dr. Gregorio Marañón, a very endearing man whom I met when I was a child in El Cigarral, the Marañón family farm in Toledo, “recalled Professor Mouriz last May, on the occasion of his birthday.

Ángela Mouriz arrived in Pamplona on September 15, 1954, initially to collaborate in the development and implementation of the School of Nurses. Later, she went to Madrid and Switzerland, where she had the opportunity to collaborate in a hospital and study the levels of professional and clinical training, and the organizational systems of nurses.

At the end of 1955, he returned to Pamplona at the request of the doctor Juan Jimenez Vargas, first dean, and joined the teaching team of the new School of Medicine in Physiology practices. In the 1957/1958 academic year, she began her career as a professor of Pharmacology at the Faculty, to which she dedicated most of her teaching career until her retirement.

“That was a challenge for her,” emphasizes the teacher. Pilar Leon, Professor of the Department of Humanities and Medical Ethics – because Pharmacology was not so developed. In addition, this commission, carried out for educational needs, allowed Mouriz to follow a line of work that had been developed by his father, a doctor, pharmacist, chemist, member of the Royal National Academy of Medicine and author of numerous books and scientific articles focused on the Clinical Pharmacology “.

Reaction of drugs in the body

In his curriculum he especially highlighted the award of the Humboldt scholarship, which he won in 1965 and allowed him to spend a year researching in Munich, Germany. He worked in the experimental department of Neurophysiology at the Max Plank Institute for Psychiatry from October 1965 to October 1966 under Otto Detlev Creutzfeldt. There he developed a pharmacology supported by physiology to explain the reaction of drugs in the body.

“Angela was a person with great human and scientific training, but he also stood out for his great memory. Despite having taught many classes of doctors, he remembered his students by name and the grade they had obtained in their subject “, recalls Professor León.

With a reputation for being serious and rigorous in her way of teaching and evaluating students, she coincided in the classrooms with María Casal, Gonzalo Herranz, Juan Voltas, Esteban Santiago and so many other historical professors who laid the foundations for the Faculty of Medicine, the University of Navarra reported in a note. “The University was his project throughout his life. After retirement, when he returned to the Faculty or the Clinic, he continued to find himself at home, proud to recognize great professionals whom he had helped to train.”