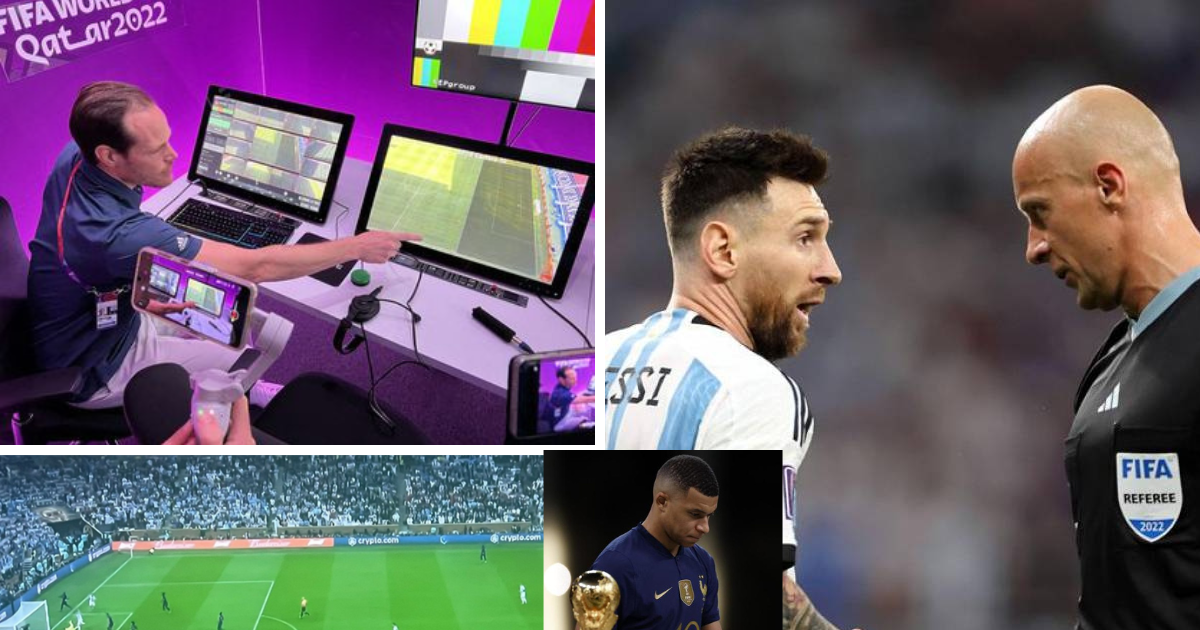 “When you’re sitting there drinking beer, everything seems simple”

Tomasz Kwiatkowskibroke the silence after the controversial grand finale of the Qatar World Cup 2022 between Argentina – France.

The referee appointed for the VAR in said match, was forceful with his statements for TVP Sport, where he defended himself against his critics for the errors found in the match played at the Lusail Stadium, Qatar.

Kwiatkowski and the central referee, Szymon Marciniak, were in charge of commanding the arbitration part on the field and video.

Given this, the VAR central judge asserted that in football there will always be a dose of controversy, this, referring to the remarks about the refereeing body in the grand final.

You can see: He covered up so as not to be recognized in Christmas shopping and the birthday boy

“If I had to analyze the number of actions (in which he had to enter), it was the six goals. Also in the attacking phase, there were some ‘tight’ situations within the framework of offside. I had three penalties that were very well called by Szymon (Szymon Marciniak, the main referee), two situations with a possible red card and an extremely difficult simulation by Thuram. And remember that sometimes a simulation equals a penalty,” said Kwiatkowski.

On the other hand, he left a tremendous dart to his detractors and left an open opinion on the way in which referees have to read the games today.

“When you are sitting on the couch, drinking beer and eating chips, everything seems to be simple. In addition to the situations I mentioned, I checked many little things to help, for example, to quickly indicate the number of a player or give a little hint to help with decisions. These are the secrets of our work that not everyone knows. Szymon and the boys on the pitch deserved the biggest applause”, she concluded.

Previous The race for the Ballon d’Or: Messi and Mbappé’s numbers in 2022
Next Mary Elizabeth Winstead could have a key role in “Ahsoka”