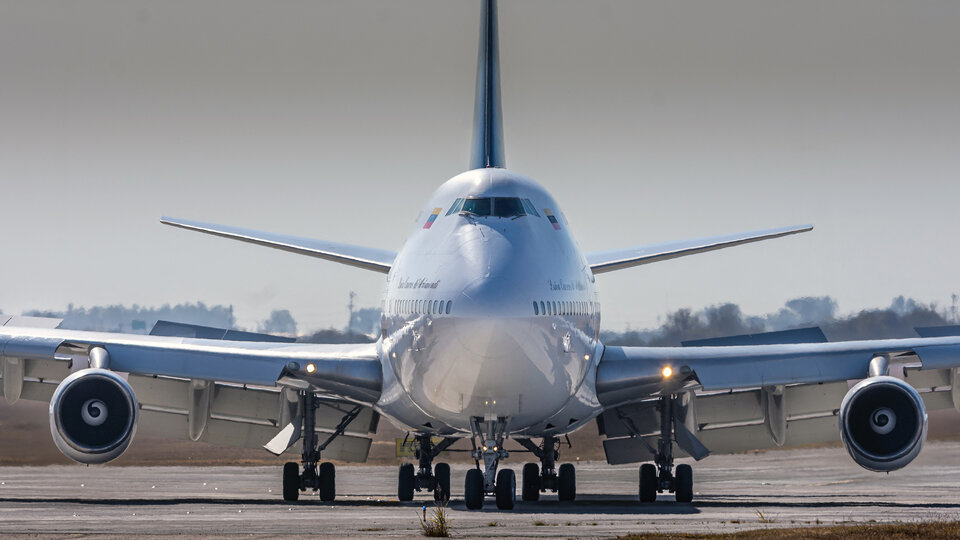 Although it does not constitute evidence of a crime, In the cell phone of the pilot Gholamreza Ghasemi there are photos – he is seen much younger – as a fighter of the Iranian Al Quds Revolutionary Guard, there are images of missiles, tanks and some flag that says “death to Israel”, according to a first translation of the Farsi As is known, the cell phones of all the crew members were seized by order of Judge Federico Villena and at the request of the prosecutor Cecilia Incardona. It seems a bit contradictory that someone who supposedly carries out espionage or terrorist activities, keeps photos of that nature, but it is very likely that they will be used against them in the legal case, even if they do not constitute a crime.

Those who work in the analysis of cell phones found these photos and have already reported it to the judge and the prosecutor, although they still do not have a reliable translation, because it is not easy to get a good translator of Farsi, the majority language in Iran.

It is very likely that Ghasemi will argue that he did his military service, that he was in the military, and that a large part of the young people of his country make up the Al Quds Guard. and coincide with the ideology and positions of the ayatollah regime. Ghasemi’s lawyers and the rest of the crew are sure to claim that they are old photos and that they do not imply any crime, much less committed in Argentina.

The imputation to the Iranian pilot

As you know, this Tuesday Prosecutor Incardona charged Ghasemi based on an FBI report that maintains that the pilot was an executive and part of the board of directors of Oeshm Fars Air, which a few years ago -according to the US agency- made flights between Tehran and Beirut carrying weapons. In communication with the Argentine government, the Israeli Mossad asserted that this is indeed the case, but that since the 747 became Venezuelan, it would not be being used for anything illegal. Therefore, there were no objections in the movements of the Jumbo, which passed through twelve different countries, without any problem. Neither is Ghasemi accused of any crime nor does he have an international arrest warrant.

The expertise of the cell phones of the five Iranians was carried out by the City Police. It is clear that the photos are of Ghasemi and to complete the expert work the translation of the texts is missing. In principle, the Iranian crew did not use whatsap but a more rudimentary system, but we will have to wait for the official translation.

Judge Villena will now require more information from the FBI and, at the request of Incardona, is asking for more documents on the ownership of the plane – he wants to see if it is true that he is Venezuelan or is still Iranian – and new verifications will be made on the cargo that he brought to Buenos Aires. In his opinion, Incardona affirms that it is necessary to investigate if the charge was not a way to hide espionage or terrorism activities.