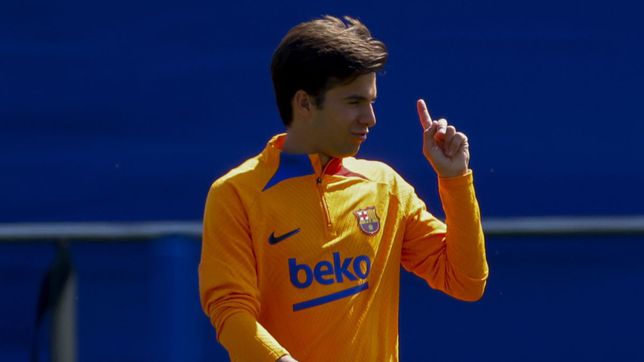 LA Galaxy starred in one of the bombings of the year in the MLS after officially announcing Riqui Puig as your new item. The Los Angeles team put an end to the rumors on Thursday afternoon after announcing their new addition, from FC Barcelona, ​​through their social networks.

Riqui Puig will not be a Designated Player with the Los Angeles Galaxy, since the three places occupied in this franchise correspond to Javier ‘Chicharito’ HernandezDougas Costa and Kevin Cabral. As a result, the question has arisen about what salary the talented 22-year-old midfielder will have.

What salary did Riqui Puig have in Barcelona?

Although the official figures were not released, it was estimated that Riqui Puig had a salary close to 2 million euros a year with the Blaugrana team. Now, after his signing with the LA Galaxy, it is estimated that Puig could earn around 2.5 million euros per season in the MLS, although this will be a reality when the LA Galaxy frees up a Designated Player spot and only then could he receive this salary.

At the moment, reports estimate that Riqui Puig would be receiving around 500,000 dollars a year with the LA Galaxy, but the moment he is Designated Player, his salary will rise considerably.