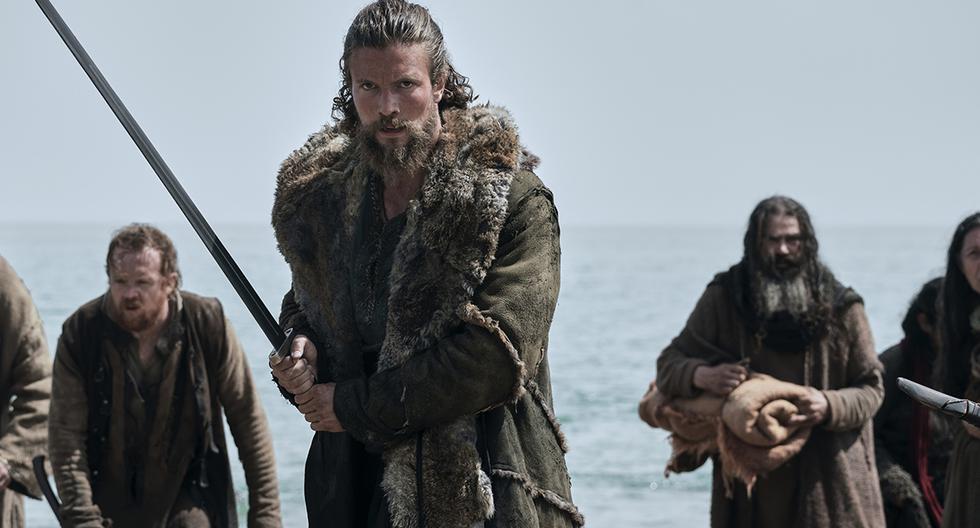 What movies and series are released on Netflix in January? | Streaming platforms | That ’90s Show | Vikings | The Hills | Jumanji | Ashton Kutcher | Documentaries | DEPOR-PLAY

Netflix renews its catalog every month with new films, series and documentaries. So for January, the streaming service is preparing big surprises, among which are “That ’90s Show”, a series that is considered a sequel to “That ’70s Show” (production that launched Ashton Kutcher and Mila Kunis to fame .

Also during the first month of the year comes the third season of Sky Rojo and an ideal anime for horror lovers. To find out the release date of these productions and other films on the streaming platform, keep reading.

A group of thieves with enough knowledge to carry out their misdeeds manage to steal 7 billion dollars, but betrayal and other threats will jeopardize the results of their plan.

Michael Scott (Steve Carell) is the manager of a paper company, where the workers are unhappy.

The life of a congressman’s wife is exposed after a tragedy, the situation forces her to face secrets and a past she thought was forgotten.

A teenage girl befriends the aunt her parents hate, and this helps her understand more about her personality.

While Georgia and Ginny enjoy life in Wellsbury, they are faced with new challenges that involve secrets from the past and could threaten their future.

As Freydis, Leif and Harald travel the world they meet new enemies and also meet some they already knew.

Coral, Gina and Wendy are now away from Romeo, but he is thirsty for revenge and the peace that the girls had obtained will be affected.

It is a sequel to That ’70s Show and tells the story of Leia Forman, daughter of Eric and Donna, she goes to her grandparents’ house to spend the summer with them and there she meets new friends.

Four women must face the devastating consequences of the war that affects the country where they live, since the men of the home must leave for the front.

A group of Asian-American millionaires enjoy showing off their fortune and designer clothes, while at the same time dealing with life in “The Big Apple.”

A girl has disappeared, so a journalist sets out to help the little girl’s parents so that together they can find her.

Two prodigious boys and a girl with psychic powers come together to run a ghost extermination agency in London.

An astronaut travels to Mars, the mission is to learn more about outer space and also find his father.

It’s a film about Marcel Marceau, a mime who joins the French resistance to save orphans in World War II.

A retired detective decides to recruit a cadet named Edgar Allan Poe to help him solve a murder mystery at the US Military Academy.

Five homeless young people decide to start a journey through rural Colombia so that together they can recover the land that one of them inherited.

A mother is looking for her missing daughter, to achieve this she decides to join a support group where she meets other women who have also been affected by violence.

A young man and his parents begin the search for the family dog ​​that has disappeared, they hope that together they can find it before it is too late.

A couple and their relatives must deal with culture clashes and generational differences that are more marked these days.

Bernie Madoff is known as the author of one of the biggest financial scams in Wall Street history, so the series tells more about his life.

The actress tells about her fame, love life and scandalous sex tape with testimonials involving videos and personal diaries.

Movies for the whole family

The Power Rangers team up with powerful Dino Keys so they can stop old enemies who have returned to seek revenge.

Ash and Goh continue to travel through the wild world of Pokémon, an adventure that allows them to live unforgettable adventures.

The princesses of four sew fruit kingdoms unite to make their worlds a better place so that they and the inhabitants of their kingdoms can live in peace.

This anime is a selection of the most bizarre, disturbing, and horrifying tales from the mind of horror manga master Junji Itō.

In the anime, humanity is losing in a war involving its future and its inhabitants.

How much does Netflix cost?

Netflix has three packages, below the prices:

It should be noted that if you want to add an extra account to the package you have and that person does not live with you, you must pay S/ 7.90 extras per month.

Previous While Guzmán burns in Chivas, what Cortizo would win in Rayados
Next They ask an AI to draw the evolution of humanity and this is the incredible result