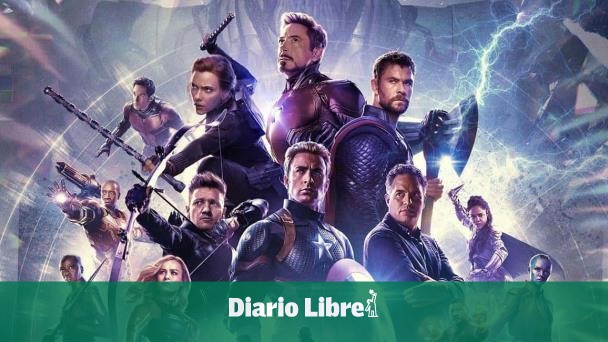 As Diario Libre anticipated, Marvel formally announced the titles of the fifth and sixth installments of The avengers. As it is, the tapes will be “Avengers: The Kang Dynasty” and “Avengers: Secret Wars”.

What do we know about the new Avengers movies?

First of all we know its release dates. May 2, 2025 will arrive avengers: The Kang Dynasty. The next movie It will arrive the same year, on November 7. That will be the date for the premiere of avengers:Secret Wars.

Knowing the name of the first installment, we can assume that Jonathan Majors’ Kang will be the villain. For Secret Wars we could see the return of Samuel L. Jackson’s Nick Fury, Cobie Smulders’ Maria Hill and Ben Mendelson’s Talos.

It will be necessary to see how the teams of avengers for those movies. We can assume that there will be Chris Hemsworth’s Thor, who after the premiere of Love and Thunder it was confirmed that he will return to the Marvel Cinematic Universe.

We can expect Captain America to be Anthony Mackie’s Sam Wilson, who will have his own movie. Sebastian Stan’s Bucky Barnes could also be involved, if he isn’t completely into the Thunderbolts. Will Tom Holland’s Spider-Man be there? We will have to see how Marvel and Sony continue the story of this version of Peter Parker or if they will definitely present Miles Morales in the UCM.

The same situation of Barnes could be that of Florence Pugh’s Black Widow Yelena Belova. The identity of Hawkeye could definitely be taken by Kate Bishop of Hailee Steinfeld, although it must be seen that she will play Clint Burton of Jeremy Renner.

We could see Mark Ruffalo’s Hulk and Tatiana Maslany’s She-Hulk. Similarly, we could see Paul Rudd’s Ant-Man Scott Lang and Evangeline Lily’s The Wasp Hope Van Dyne; but they could be joined by Kathyrn Newton’s Cassie Lang.

We’ll see who takes on the ultimate mantle of Black Panther in Wakanda Forever and if Tenoch Huerta’s Namor joins this team. In addition, it also remains to know what will be the final cast of Fantastic Four.

And you, what do you expect from these tapes?