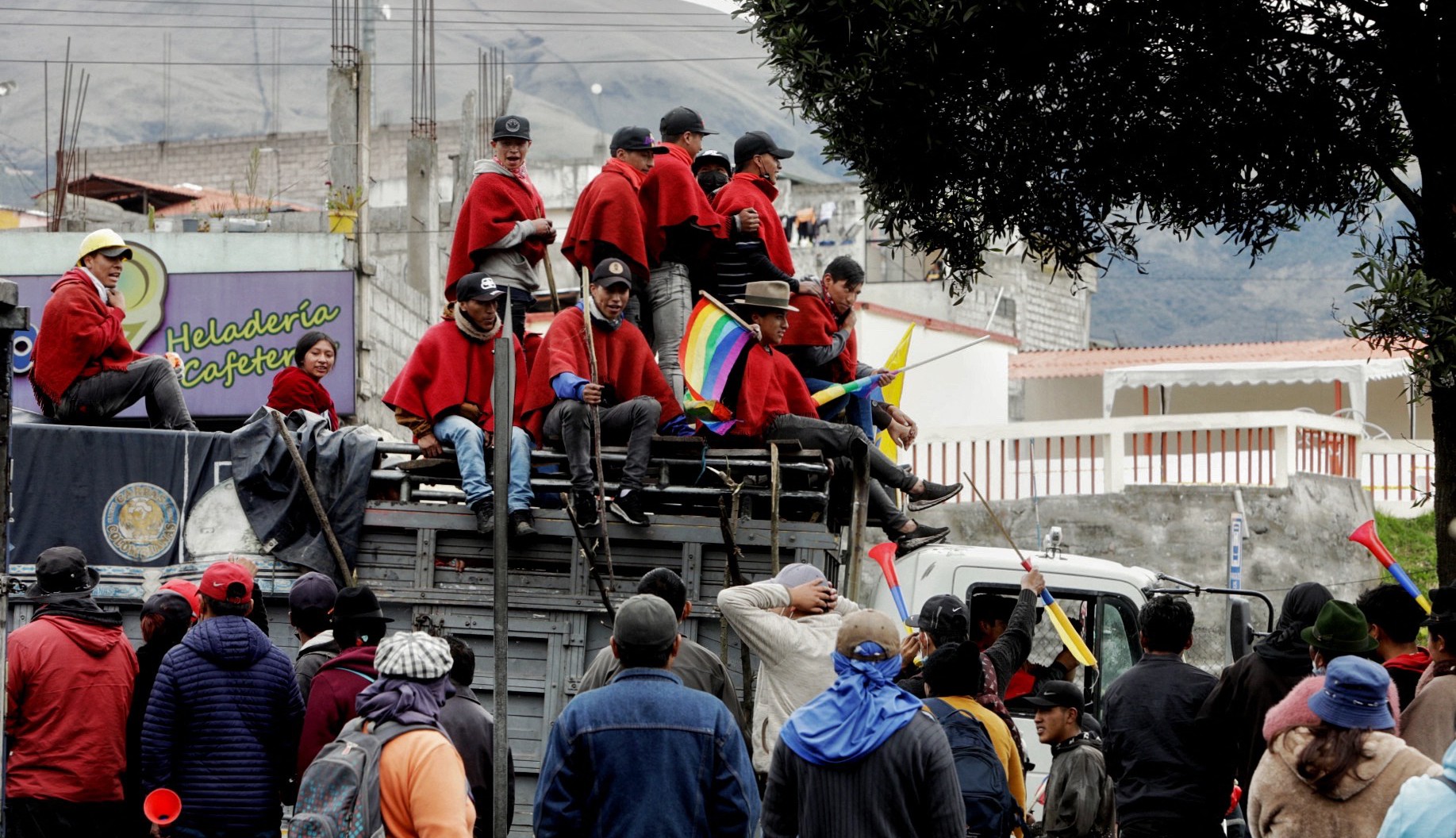 (CNN Spanish) — At the center of the protests in Ecuador, which have lasted 11 days and have caused a crisis in the country and in the Government of Guillermo Lasso, is the Confederation of Indigenous Nationalities of Ecuador (Conaie), led by Leonidas Iza.

But what exactly is it and what are its demands?

The origins of the Conaie

Founded in 1986, Conaie is an indigenous organization made up of “indigenous nationalities, peoples, communities, centers and associations of Ecuador” and is the “result of continuous struggle,” according to its website.

Who finances unemployment in Ecuador? 1:25

The Conaie was created in a congress of the National Council for the Coordination of Indigenous Nationalities (Conacnie), organized in 1980, and among its main objectives are:

Last minute of the protests and the national strike in Ecuador, live

who are their leaders

The current president of Conaie is Leonidas Iza, an environmental engineer and indigenous leader of the Kichwa nationality who had already been the face of the 2019 protests. Iza was arrested and prosecuted last week for alleged crimes in his role in the current mobilizations. — accusations he has denied — and then released.

The vice president of Conaie is Zenaida Yasacama, of the Amazonian Kichwa nationality.

Here you can see the complete list of the remaining Conaie leaders.

Conaie organized its first massive mobilizations in 1990, during the Inti Raymi uprising against the government of President Rodrigo Borja, which included the taking over of the Santo Domingo church in Quito.

In 2019, Conaie was once again at the center of the protests against President Lenín Moreno, and in those mobilizations against the controversial decree 833 —of economic adjustment— they lasted 11 days, and left a balance of seven dead, 1,340 injured and 1,152 detainees.

And now, in 2022, Conaie is once again leading the demands for living conditions in various provinces of Ecuador, which began 11 days ago and is still underway.

So far there have been four deaths in the protests and in the national strike, which has led to roadblocks and the declaration of a state of emergency by the Lasso government.

What are they asking for in these protests?

On Monday, June 13, at the beginning of the protests that continue to keep Ecuador on edge, Conaie presented the 10 points of its fight agenda:

economic relief – It seeks to benefit more than 4 million families in debt with a moratorium of at least one year and renegotiate debts with a reduction in interest rates. It is also requested to prohibit the seizure of assets such as houses, land and vehicles for non-payment.

Fair prices – The protesters seek fair prices on farm products such as milk, rice, bananas, onions, fertilizers, potatoes, corn, tomatoes, among others, as well as stopping the collection of royalties on flowers.

An indigenous woman who arrived in a caravan to join a national mobilization against the Ecuadorian government, on June 15, 2022. (Credit: VERÓNICA LOMBEIDA/AFP via Getty Images)

Employment and labor rights – Conaie calls for policies and public investment to “stop job insecurity and ensure the support of the popular economy.” It also asks to demand the payment of debts to the Ecuadorian Institute of Social Security (IESS).

Mining moratorium – At this point, Conaie requests a moratorium on the expansion of the extractive mining and oil frontier, with comprehensive auditing and compensation for socio-environmental impacts. It also requests to repeal decrees 95 and 151.

Respect for the 21 collective rights – The demonstrators call for bilingual intercultural education, indigenous justice, prior, free and informed consultation, organization and self-determination of indigenous peoples.

Stop privatization – This request refers specifically to the strategic sectors that Conaie considers to be the heritage of Ecuadorians, including Banco del Pacífico, hydroelectric companies, the IESS, the National Telecommunications Corporation, roads and health, among others.

Price control policies – To “stop speculation” in the market for basic necessities, attributed to intermediaries, and the abuse of prices in industrialized products in supermarket chains, according to Conaie.

Health and education – In this section, Conaie asks for an urgent budget in the face of “shortages in hospitals due to lack of medicines and personnel,” and asks to guarantee youth access to higher education, also improving the infrastructure in schools, colleges, and universities.

Protection and security – They ask for effective public policies to stop the “wave of violence, hired assassins, delinquency, drug trafficking, kidnapping and organized crime” in Ecuador.

With information from Ana María Cañizares and Florencia Trucco.