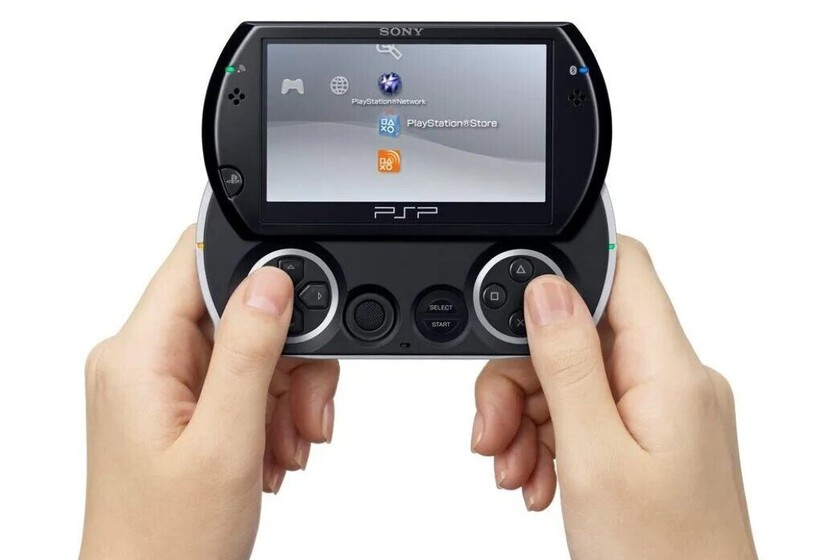 What happened to PSP Go, the unfortunate story of the only console that stores refused to sell

Would it have worked today? Everything indicates that it would have more possibilities thanks to examples such as xbox game passbut it is clear that PSP Go was too ahead of its time. The wind always blew against Sony’s new laptop, the next evolutionary step in devices to take you on the go.

Year 2009. PSP is in an excellent state of health, enjoys an absolutely enviable catalog and shows that Sony has a guaranteed place in the portable market. However, the Japanese company decided that it was time to go further with a system that forgot about the physical format. A birthmark that predicted a death foretold.

Of the 4.3″ screen of a PSP 3000, we were going to 3.8″ of PSP Go, less weight with 158 grams and what is more important: no UMD reader. Yes, those tiny discs that we have had at home were the system chosen for PSP games, but Go preferred to banish that idea and offer a more compact and totally digital format.

Consequently, 16GB of internal memory awaited us inside to get the most out of everything that we inevitably had to download from the PlayStation Store. Between its first appearance in May 2009 and its release in October, there was almost no respite. He disembarked for a price that did not offer a smile to the players, since the 250 euros seemed excessive.

Different stores assured that the stock they had was not selling with the regularity they expected and in fact it was a system that they repudiated with all their might. In June of the same year, Game Mania, Bart Smith and MediaMarkt, large stores worldwide, clearly threatened Sony with don’t sell the console. The reason? The absence of physical games. It is true that everyone earns their percentage of profits with any sale, but the real financial sirloin comes from the games. In this case, Sony and third party publishers took the cake for themselves with the digital format, relegating stores, not to a secondary plane, but to removing them completely from the equation. This is how a member of ShopTo, a relevant British chain, described the situation:

“PSP Go is almost dead before it was born. Sony has decided to cut publishers and vendors of PSP Go software off the chain and deal directly with developers, giving them 70% profit on anything sold on the PSNetwork.

At least they should have reduced that percentage to 50% and let online sellers act as intermediaries to sell it. That way it would be more successful and sellers would be sure to promote the console to the market.”

It cannot be said that Sony did not try to do its part so that PSP Go succeeded. Having bought a physical game on PSP, you could download it for free in its digital format for PSP Go, which was a promising draw. Three games were even given away for those who already had the PSP at home, being able to choose between Killzone: Liberation, SOCOM: US Navy SEALS Fireteam Bravo 3, WipEout Pure, Everybody’s Golf, echochrome, Buzz!: Brain Bender, Buzz!: Master Quiz, LocoRoco either Patapon. Despite this, the company shot itself in the foot. Digital games, without the extra cost of printing, shipping and publishing, would cost exactly the same. A trend that has not changed in recent years, but on that occasion it was a bad move by Sony. So much so that the president of Traveller’s Tales, a large supermarket, was meridian in this regard:

“I have a PSP Go but I don’t want to buy LittleBigPlanet. I see that I can buy the UMD on Amazon for 20% cheaper and then I can resell it when I finish it. But if I download it from the Store I don’t have a discount and I can’t resell it, that’s very annoying. Sony should make the prices of the games cheaper in the Store than in UMD. If you don’t, PSP Go will die.“

And Sony insisted on its purpose that PSP Go succeed, but in desperate situations, desperate measures. A discount of 80 euros at once was welcomed and especially with the following games that were given away for buying the console: It was a way of trying to save the furniture before the inevitable end. Not even two years after its announcement and just over a year and a half after its arrival, Sony had to admit the resounding failure. PSP Go production was ending in Japan and the remaining stock would only be sold while stocks last. The United States and Europe held out a bit longer, but they were futile efforts.

In 2012 PS Vita was presented to the world and the return to the physical format with the cartridges was a silent statement from sony. PSP Go was a mistake over a decade ago and might have had better luck today, but tell Stadia.

Previous The United States Justice determined that Alex Saab does not have diplomatic immunity and confirmed that he will go to trial for money laundering
Next The rain of sticks continues at ‘Dibu’ Martínez: “He looked like a vulgar clown”