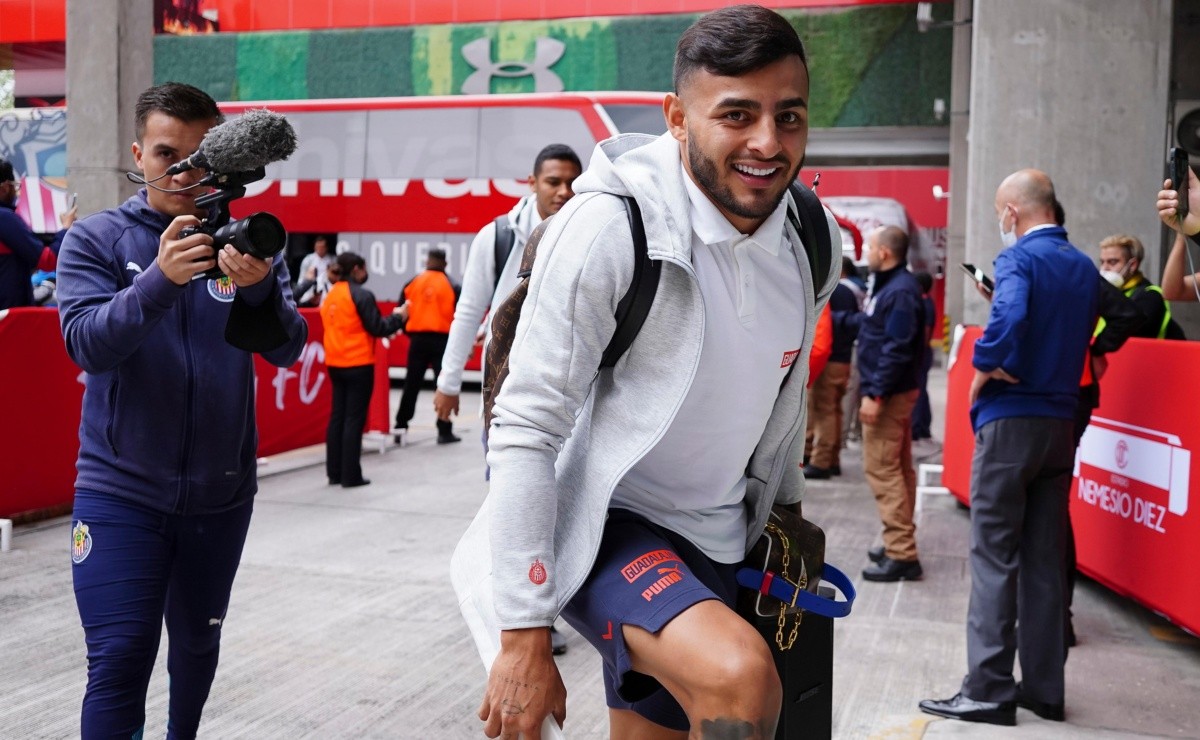 What about Pocho and Ríos?

Club Guadalajara will finally use its best offensive reference in recent years and it is Alexis Vega, who will reappear after his participation in the World Cup with the Mexican National Team and after taking a well-deserved vacation to then get physically ready, returns to a call-up, the first under the orders of Veljko Paunović.

The Sacred Flock arrives at this duel with a completely renewed spirit, unlike the previous campaign, after adding three consecutive victories that place them in the leadership of Group B within the Sky Cup, of which they will play the Final next Friday, for this reason it is essential that the Gru enters into action so that he takes up the rhythm of the game and enters the new dynamics of the Guadalajara team.

In the call offered by Chivas this Tuesday afternoon, Gru leads the 26 summoned where it is clear that Victor Guzmán and Daniel Ríos they would not be taken into account because they have barely trained one day with their teammates and They haven’t played soccer, so the coaching staff decided to leave them out.

Call of Chivas to face Atlas

“In the same way, neither ‘Pocho’ Guzmán, nor Daniel Ríos can have activity with Chiverío in this contest. So who is it? The long-awaited return we are talking about is that of Alexis Vega, who concluded with his physical readaptation program to high competition and was included in the list of players to face the red and black”, published Guadalajara on its official page.

Previous A nod from Rockstar Games? They found an alleged GTA VI clue in the studio’s Christmas greeting
Next Dakota Johnson’s incredible mansion in Los Angeles