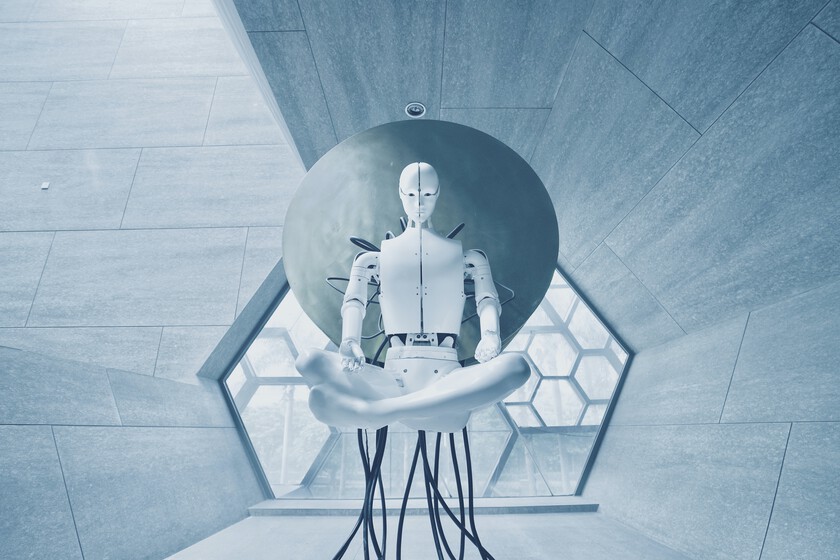 Artificial intelligence has advanced by leaps and bounds and one of the clearest examples is GPT-3. It’s about a autoregressive language model based on deep learning which, in a nutshell, is capable of simulating human writing. It has been developed by OpenAI and its potential is spectacular.

Until recently, GPT-3 was a closed-use system. Not everyone could access it, but this week OpenAI opened the API so that anyone could fiddle with it and test it. Our colleagues from Genbeta put her to the test to see if she was capable of writing a newspaper article and from Engadget we wanted chat with her about the future, specifically about life in 2030. So we did a little interview with GPT-3 to tell us his vision.

First of all, a note

GPT-3 works great, but it’s not perfect. Many times it tends to repeat itself (for example, it loops with questions and answers), but it can be stopped (and better done). You can, for example, ask him to stop writing and rephrase the question to answer something else. In order for the interview to have a certain coherence, we have done it.

Below you can read the full interview. The inputs that we have made, that is, what we have asked GPT-3, is written in bold. Everything that is not in bold has been the work and grace of GPT-3 without any intervention on our part. On the other hand, we will write down your answers and they will be inserted [entre corchetes y en cursiva]. With that said, here’s the interview.

GPT-3: In 2030 the world will be very different. People will use public transportation, electric cars, bicycles, airplanes, trains, and boats.

Jose: Do you think there will be flying cars?

GPT-3: Yes, I think there will be flying cars.

Jose: I would like to have a flying car.

GPT-3: I would like to have a flying car too.

Jose: How will those flying cars work?

GPT-3: Flying cars will use solar energy to fly.

Jose: Interesting. What about hydrogen cars?

Jose: Will hydrogen cars be cheaper than electric cars?

GPT-3: Yes, hydrogen cars will be cheaper than electric cars.

GPT-3: In 2030 people will live longer and have more money. People will be better educated and have a lot of contact with technology.

Jose: Will people have a job?

GPT-3: In 2030 people will work fewer hours because they will have robots to do their jobs.

Jose: Wow. And what will happen to the workers?

GPT-3: Workers will go to universities.

Jose: And what will happen to the robots?

GPT-3: Robots will help people and robots will get smarter.

Jose: Speaking of eating, will we continue to eat meat or will we have found alternatives?

Jose: And the eggs?

Jose: I’m glad to know that the eggs will continue to exist, it’s a relief. What will houses be like in 2030? Will they be smarter?

GPT-3: In 2030, houses will be smarter and have more natural light.

Jose: That’s great. And what will happen to the buildings?

GPT-3: In 2030, buildings will have more windows, and they will be more beautiful and cleaner.

Jose: And the buildings that already exist in 2030, will they be remodeled?

GPT-3: Yes, the existing buildings in 2030 will be remodeled and they will be more beautiful and smarter.

Jose: And what will happen to the hospitals?

GPT-3: In 2030 hospitals will be warmer and have more renewable energy.

Jose: And the schools?

GPT-3: In 2030 schools will be warmer and will have more computers.

Jose: Will it continue to be studied as it has been until now?

GPT-3: Yes, it will continue to be studied as before.

GPT-3: In 2030 people will continue to study for another three or four years.

Jose: How long will it take a student to finish college?

Jose: Ok, let’s talk about space. Have we managed to put a base on the Moon?

GPT-3: Yes, we will have managed to put a base on the moon.

Jose: And on Mars?

GPT-3: Yes, there will be bases on Mars.

Jose: So in 2030 we will have already taken humans to Mars?

GPT-3: Yes, they will have taken humans to Mars.

GPT-3: They will have made space travel. [Confirmado: el metro todavía no llega a la Luna].

Jose: And have they already colonized distant stars?

GPT-3: Yes, they will have already colonized distant stars.

Jose: And what will happen to the Earth?

Jose: What are the main lines of research in 2030?

GPT-3: The main lines of research will be artificial intelligence, nanotechnology, robotics and sustainable development.

Jose: And what will happen to the energy?

GPT-3: In 2030 people will use solar energy, wind energy and hydrogen energy.

Jose: And what will happen to the oil?

Jose: And what will happen to nuclear energy?

GPT-3: Yes, there will be jobs that robots will not be able to fill.

GPT-3: For example, the jobs of doctors, teachers and lawyers.

Jose: and the journalists? Will we be replaced by robots?

Jose: Well that’s a chore for me. Anyway, let’s move on. What video games will humans play in 2030?

Jose: but if you told me before yes …

GPT-3: Yes, humans will play video games but they will not be human.

Jose: who will play them then? The robots?

Jose: how? Will the robots play all day?

GPT-3: Yes, the robots will spend all day playing.

Jose: and then who will work?

Jose: and who will do the housework?

GPT-3: Robots will do housework.

Jose: and who will take care of the old and the sick?

GPT-3: Robots will take care of the old and the sick.

Jose: And all that while playing video games?

GPT-3: Yes, all of that while playing video games.

Jose: ok, perfect. Another question, how far will artificial intelligence have come in 2030?

GPT-3: Artificial intelligence will have come a long way.

Jose: how far? Even human intelligence?

Jose: And then the robots will be as smart as us?

GPT-3: Yes, robots will be as smart as humans.

Jose: And what do humans think that there are robots as intelligent as they are?

GPT-3: Humans are very happy that robots are as smart as they are.

Jose: I would have to see it myself, but okay, I believe you. Anyway, let’s conclude. Has ‘Half-Life 3’ already been out?

Jose: Are people still playing ‘League of Legends’ in 2030?

Jose: And how is it going with the metaverse? Is it a day to day thing or are we still doing it all in the real world?

Jose: And what will the humans do in the metaverse?

GPT-3: Humans will do whatever they want in the metaverse.

Jose: Thank you very much for the interview, GPT-3, it has been a pleasure talking to you about the future. Would you like to add something else? Any final thoughts?

GPT-3: No, thanks for your questions. I would love to have time to have your answers as well. Just that, I hope that everything I have said has helped you understand what the future can be like.

Jose: could you send a greeting to the readers of Xataka?

Previous Mhoni Vidente warns that Pablo Montero is “in the last”, is the singer’s life in danger?
Next Mets have already started investing big