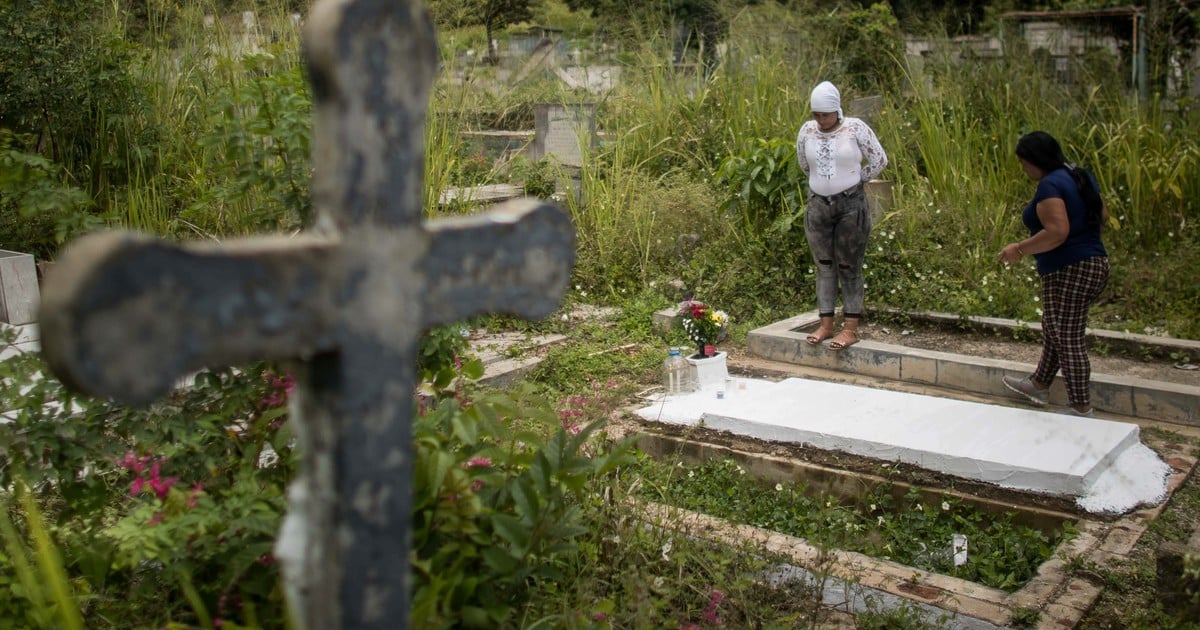 was buried alive, called from the grave with the Apple Watch and was saved

The surreal case occurred in Washington in the last few hours. A woman, who attempted to be killed by her husband, called 911 from the grave with her smartwatch and miraculously saved her life. Young An, 42, had been bound and gagged by her husband Chae An, 53.

In the best style of the Netflix premiere “Mr. Harrigan’s Phone”, the woman gagged with thick ribbons called 911 from her Apple Watch from the grave where she was buried. The call, which was broadcast by Fox News, is shocking.

The telephone operator who answers her cannot understand what is happening. “Can you hear me?” says the operator. Young seems to be trying to say “Yes, Yes”, but since his mouth is covered, he can’t make himself understood.

“What’s going on there?” asks the operator. “I’m going to get help for you. I’ll stay on the line with you.”

He also asks the victim if she had a medical emergency, adding, “Are you hurt?”

But the woman is still unable to communicate the terrifying situation she is in and seems to mutter: “Aid! Aid!” At one point a dog can also be heard barking in the background during the dramatic recording, which ends when a police officer arrives, but only after the woman has been kidnapped.

Chae allegedly dragged his estranged wife into the garage, where he smashed her watch, threw her into his minivan and drove off.

The homemade tomb, in a forest, where the woman had been buried.

Video from a neighbor’s surveillance camera captured the vehicle passing an arriving police SUV. Other cameras also show the minivan speeding in the area.

Police were unaware at the time that there had been a kidnapping, police told Fox News.

The suspect took his wife to a wooded area. where he allegedly stabbed her in the chest and buried her alive in a shallow grave.

He managed to get out of his grave, in a local forest, and asked a neighboring house for help.

Young said she managed to breathe by twisting to keep from being suffocated by the earth as she he lay in the well for several hours before finally managing to rip the tape off. He drove to a nearby home in Lacey, about 100 kilometers southwest of Seattle, where he banged on the door and pleaded for help, police said.

When a sheriff’s deputy arrived, Young yelled, “My husband is trying to kill me! Help me!” according to a statement.

The couple was going through a contentious divorce.

Young, who had a restraining order against Chae that had been terminated prior to the alleged kidnapping, was seen shopping for Halloween candy on Monday after surviving the ordeal, Fox News reported.

The couple’s home in Washington state.

Young and Chae An were going through a messy divorce, records show, and at one point, she had a restraining order against him that had been rescinded prior to the alleged kidnapping.

The man is in custody without bail.

Young An, 42, told police that her 53-year-old husband had threatened to kill her in the past when he was angry, but that she had never taken it seriously. After her, on October 16, he allegedly beat her, tied her hands, legs and mouth, threw her into her truck and took her to a forest on the outskirts of the city, where he buried alive.

On the day of the alleged crime, Young An came home from church with her two children, and Chae An’s car was in her driveway. It was not unusual for him to be there: He stopped by once a week to do laundry, according to court documents.

But then an argument broke out. At one point, Chae An allegedly left Young An tied up and left the room. She was able to use her Apple Watch to alert a friend and her children and call 911. Despite a makeshift gag around her mouth, she screamed for help, prompting the operator to send the policeman. However, they arrived after Chae An went to a forest to bury her wife.

Young An, after escaping from a shallow grave hours later and fleeing through the woods to a house where residents called 911, told police her husband dragged her into his truck and then took her into the woods to bury her alive. .

She said she lay there for hours, gasping for breath, and after sunset she came out and fled.

Chae An was arrested about six hours later near his vehicle in the forest. He is being held without bail.