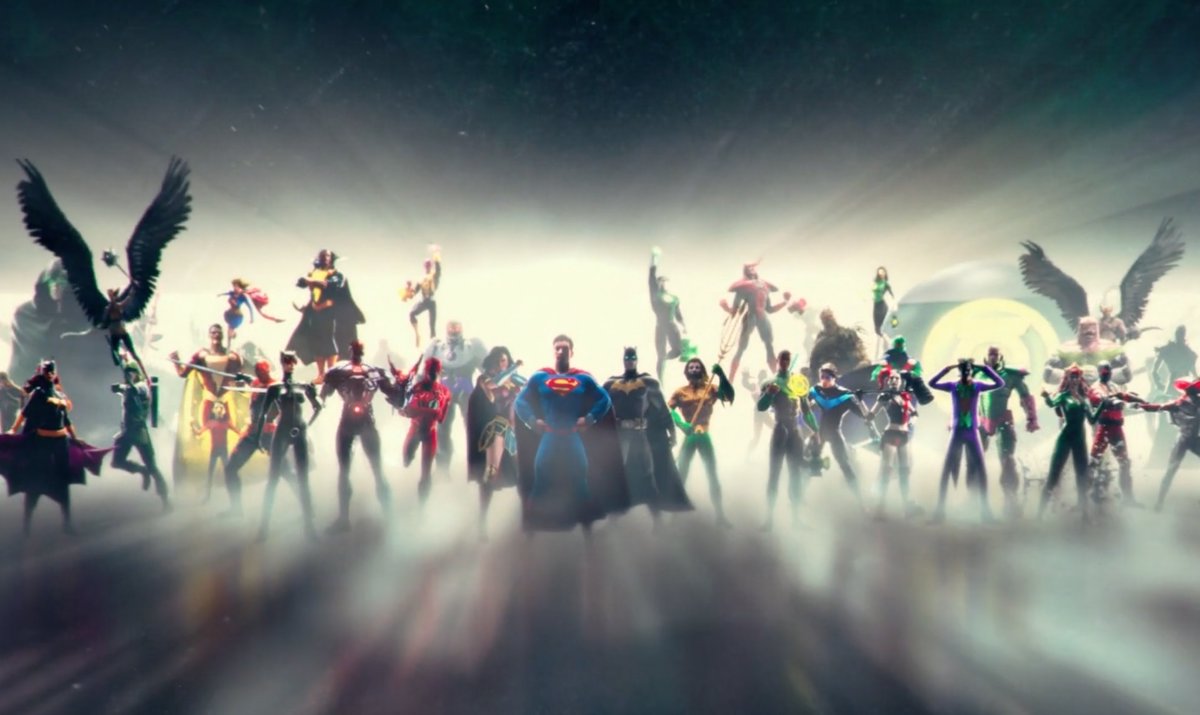 The DC Cinematic Universe is rebooted…for imitate Marvel Studios. Just two days after the unexpected decision to cancel the premiere of Batgirla film already finished and that had cost 90 million dollars, Warner Bros. Discovery has unveiled DC’s roadmap for the future. A plan that mirrors the UCM created by Kevin Feige and that, within 10 years, hopes to create a better and stronger macrofranchise based on characters like Superman, Batman, Wonder Woman and Aquaman of what has been illuminated so far by the study.

According to The Hollywood Reporter, Warner Bros. Discovery CEO David Zaslavduring the presentation to analysts and shareholders of its quarterly financial results, addressed specifically the controversial future of series and movies based on the DC Universe acknowledging that “they can do better”.

“You look at Batman, Superman, Wonder Woman or Aquaman and they are brands known throughout the world,” said the newly appointed leader after the recent merger between WarnerMedia and Discovery, Inc. “We have done a reset. We have restructured the business that we are going to focus on, and there’s going to be a team with a 10-year plan focused solely on DC. We believe we can build a business that is much more sustainable,” Zaslav continued.

Later, the CEO of Warner Bros. Discovery compared his company to Marvel Studios, whose success they want to emulate. In fact, Zaslav recently hired Alan Horn as a consultant, former co-chairman of Walt Disney Studios from 2012 to 2020 and boss there from Kevin Feige, the CEO of Marvel Studios. Before, he had already been part of Warner Bros. as director of operations from 1999 to 2012.

“It’s very similar to the structure that Alan Horn, Bob Iger and Kevin Feige created so effectively at Disney. We think we can build a much stronger and sustainable growing business from DC“Zaslav also quoted Bob Iger, current CEO of The Walt Disney Company.

The CEO of Warner Bros. Discovery also referred to upcoming DC movies that the company will release and the rumors who say that these could suffer date changes, without confirming or denying anything in particular: “We are very excited about them. We have seen them. We think they are magnificent, and that we can make them even better.”

“Let’s focus on quality. We’re not going to release any movies before it’s ready… DC is something we can improve on,” Zaslav concluded, offering no clue as to who will run this structure or a decade-long master plan to build a rebooted DC Universe. In this regard, it must be remembered that several weeks ago Various information indicated that he had contacted Todd Phillips, Joker director who is already preparing his sequel with Joaquin Phoenix and Lady Gaga, to play a role in the DC Universe similar to that of Kevin Feige in Marvel.

ALMOST A DECADE OF FILMS, WITHOUT A SOLID FOUNDATION

Warner’s DC Universe kicked off in 2013 with the man of steel premiere (Man of Steel), the new adaptation of Superman starring Henry Cavill and directed by Zack Snyder. He was precisely the person responsible for titles like 300 or Watchmen the filmmaker trusted by the studio to articulate its cinematic universe which had, in addition to Cavill, stars like Jason Momoa (Aquaman), Gal Gadot (Wonder Woman), Ben Affleck (Batman), Margot Robbie (Harley Quinn), Ezra Miller (The Flash), Will Smith (Deadshot) or Jared Leto (Joker).

Snyder, who left Justice League unfinished in the wake of his daughter’s tragic death, gradually lost weight within the structure of the studywhich rebooted some of its titles like Suicide Squad, which featured a reboot/sequel directed by James Gunn, and The Batman, which was directed by Matt Reeves and starred Robert Pattinson.

Flashwhich was going to see the light in 2018, suffered several delays and in the end it will do it in 2023 starring the controversial Ezra Miller. The second part of the Justice League It was going to be released in 2019, but was canceled after the poor reception of Justice League at the box office and critics. Two movies based on Cyborg and Green Lantern They were going to be released in 2020, but they were finally canceled as well. man of steel 2 never got going, while Ben Affleck’s Batman movie was eventually replaced by The Batman, directed by Matt Reeves and starring Robert Pattinson.

Currently, there are five DC movies that are scheduled to be released in theaters: Black Adam with Dwayne Johnson on October 21 this year and Shazam! the fury of the gods December 21; and Aquaman and The Lost Kingdomthe mentioned Flash Y Blue Beetle in 2023. In addition, another film that is not part of the DC Universe is also in development, Joker: Folie à Deux, the long-awaited sequel to the 2019 Joker which will star Joaquin Phoenix and Lady Gaga.