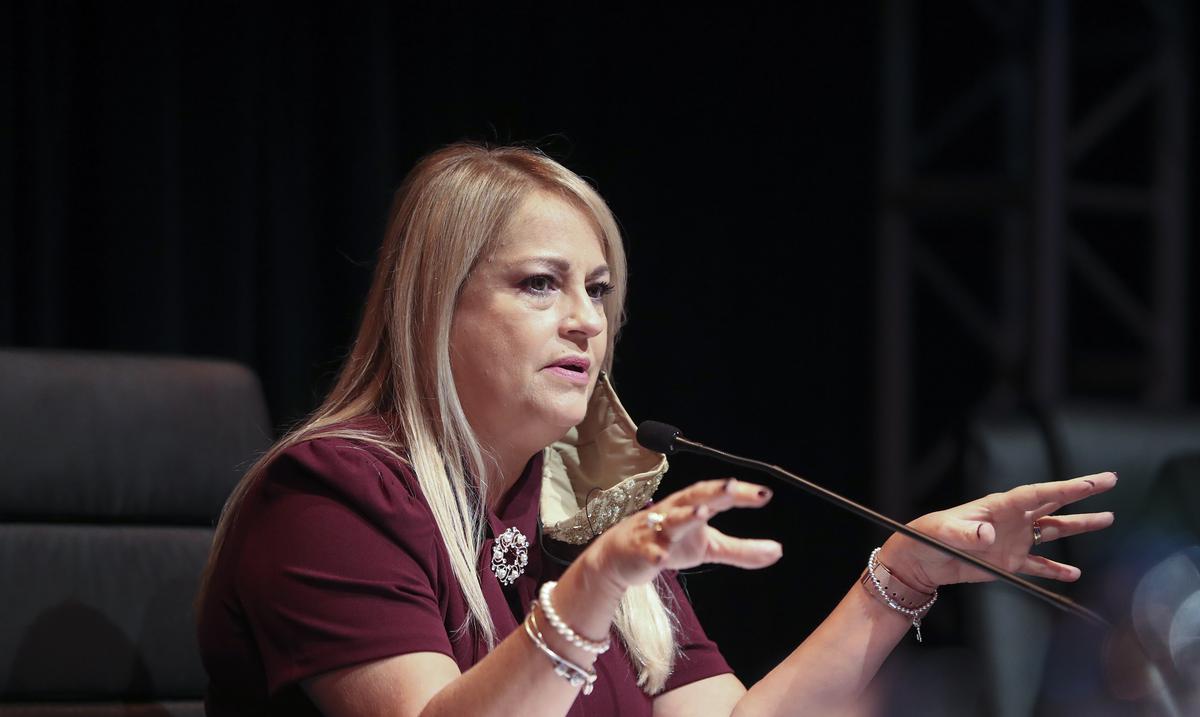 In short, the former governor was accused of three charges: conspiracy, bribery and electronic fraud.

According to the federal indictment, between December 2019 and June 2020, Vázquez Garced participated in a bribery scheme with several people, including Herrera Velutini and Rossini, to finance the then-governor’s election campaign in 2020.

Herrera Velutini owns the international bank Bancrédito, which operates in San Juan. Rossini, for his part, is a former FBI agent who, according to Muldrow, provided consulting services to Herrera Velutini and “facilitated payments to consultants to support the electoral campaign of Vázquez Garced.”

How the alleged bribery scheme of more than $300,000 went

The accusatory statement details that beginning in 2019, the Herrera Velutini bank faced an audit by the Office of the Insurance Commissioner, a government entity that oversees banking institutions on the island.

“Through intermediaries, Herrera Velutini and Rossini allegedly promised to provide economic financing to the Vázquez Garced campaign in exchange for Bancrédito’s audit being completed,” reads the indictment.

Federal authorities allege that Vázquez Garced accepted the bribe and in February 2020 demanded the resignation of the person who headed the Office of the Commissioner of Insurance and in May placed another official at the address.

In addition, the indictment maintains that after Vázquez Garced lost the August 2020 primary for the gubernatorial candidacy, Herrera Velutini saw the opportunity to bribe his “successor” through a person who is identified as the “representative of officer A.

“Herrera Velutini allegedly used intermediaries to make his bribe offer,” indicates the indictment. It is further stated that the banker allegedly directed a payment of $25,000 to a political action committee with which “Officer A’s representative” is associated with the expectation that he would complete the audit against his bank.

In total, the bribery scheme was more than $300,000 indicates the indictment and the information provided by federal authorities.

The accusation states that Herrera Velutini and Rossini promised to finance Vázquez Garced’s campaign in exchange for the then governor firing the commissioner of the Office of the Commissioner of Financial Institutions of Puerto Rico (OCIF), as a result of an audit carried out by the OCIF in 2019 to the Herrera Velutini bench.

The former governor accepted the offer in December 2020. As part of the agreement, Muldrow added, Vázquez Garced agreed to name a new OCIF commissioner to be chosen by Herrera Velutini.

“In exchange, they paid more than $300,000 to political consultants in support of the gubernatorial campaign,” Muldrow said.

If found guilty, they each face a maximum sentence of 20 years in prison. Herrera Velutini is in the United Kingdom and the former federal agent is in Madrid.

Also participating in the bribery scheme was John Blakeman, collaborator and collector of the former governor’s electoral campaign – and who pleaded guilty after an agreement with the Federal Prosecutor’s Office – and Frances Díaz, who was the CEO of the international bank that belonged to Herrera. Velutini.

“The alleged bribery scheme reached the highest level in the government of Pueto Rico, threatening the trust of the people in its electoral processes and in government institutions,” said the assistant to the federal prosecutor, of the Criminal Division of the federal Department of Justice, Kenneth A. Polite.

both diaz as Blakeman they have already pleaded guilty to federal authorities, Muldrow recalled. He added that each could face a maximum sentence of five years in prison.

“Today’s arrest is not a reason for celebration, it is unfortunate to have to stop here once again due to the conduct of public officials,” said the director of the FBI in Puerto Rico, Joseph Gonzalez.