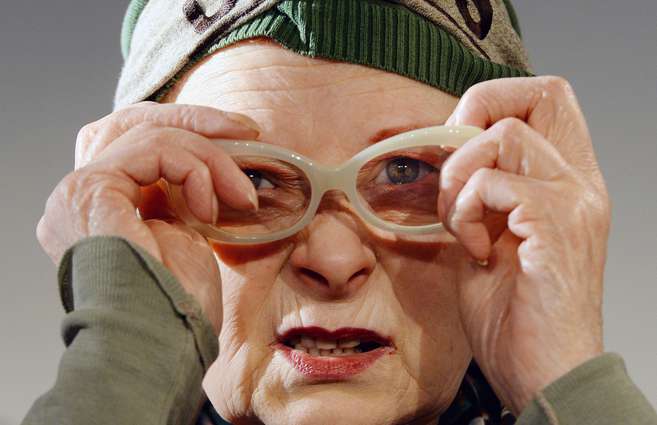 Vivenne Westwood died on December 29, 2022 at the age of 81, according to a statement posted on her social media accounts.

Vivienne Westwood She was the woman who showed that rebellion could be dressed and even modeled on catwalks. A British reference in fashion design that she leaves a great legacy after her death this Thursday, December 29, 2022.

On the social networks of the iconic creator of the store SEXWestwood was reported to have died at the age of 81 peacefully and surrounded by her family in Clapham, south London.

“Vivienne continued to do the things she loved, right up to the last moment, designing, working on her art, writing her book, and changing the world for the better. She led an amazing life. Her innovation and her impact over the last 60 years has been immense and she will continue into the future,” she reads the post.

It is enough to take a look at some of the garments from his collection to see in them the spirit of Westwood: rebellious to the established, wildly beautiful, rebellious to the squared shapes, imposing, colorful and dark at the same time… in short, terrifyingly beautiful!

Westwood was born into a humble family, but this was not an impediment to advance his studies, teach, create his own company and even strengthen one of the most impressive cultural waves of the 70s, punk.

Precisely, part of his first designs were exhibited by the members of the band Sex Pistolswhom she met through her husband Malcolm McLaren, who was the agent of this iconic group and with whom she had a son, Joseph Ferdinand Corré.

Together with McLaren, they founded the well-known SEX store, which at the time was an important meeting point for the British punk movement. It took several years for this company to consolidate, to the point of becoming an icon, and proof of this is the variety of names it came to have: Paradise Garage, Let It Rock, Too Fast to Live, Too Young to Die. It was in 1974 that they kept the name by which he is currently known.

It may interest you: Disturbing fashion

Westwood’s career is also accompanied by great collaborations, such as the design of the costumes for the film That’ll Be the Day, the uniforms for the salesgirls in Agent Provocateur, the design of Greenpeace’s ‘Save the Arctic’ campaign, the singer wedding dress design Miley Cyrus and more recently a collection of sneakers for the Vans brand.

In her later years, the renowned designer let her spirit soar, capturing some of her knowledge, work and ideas in various books, including Get A Life: The Diaries of Vivienne Westwood and The Vivienne Westwood Opus.

Some time ago, Vogue magazine published a profile of the fashion designer, accompanied by a timeline that goes through some of the most representative moments of her life. Here we share that compilation:

Create a sneaker collection for Vans.

Publishes the book Get A Life: The Diaries of Vivienne Westwood.

He designed the logo for their ‘Save The Arctic’ campaign for Greenpeace.

He launches the Anglomania line and a capsule collection with Lee Jeans. A retrospective of the footwear designed by Westwood between 1973 and 2010 is exhibited at Selfridges –the British chain of stores.

The Vivienne Westwood Opus, a book of family portraits of her taken with a Polaroid camera, is published. Sarah Jessica Parker, or to be more exact her character as Carrie in Sex and the City, is getting married dressed as Westwood. She presents her 2009 summer collection in Milan with a show starring gypsy models as a way of protesting against the racist policies of the Berlusconi government.

A retrospective exhibition of his work opens in San Francisco. Cate Blanchett attends the English premiere of Elizabeth with one of her creations.

The Vivienne Westwood: Princess Punk 34 Years in Fashion show opens in Düsseldorf. She designs the bridal gown for Dita Von Teese’s wedding to musician Marilyn Manson. She is appointed a Dame of the British Empire. Keira Knightley stars on the cover of the May issue of Vogue USA dressed as Westwood. The designer receives the British Fashion Council’s Red Carpet Designer award.

The Vivienne Westwood retrospective opens to the public at the Victoria & Albert Museum in London. Kate Moss attends the opening dressed in a British design.

Design the uniforms for Agent Provocateur’s shop assistants. It is done with the Moët & Chandon Fashion Tribute award.

He presents his autumn-winter collection in Paris.

Its New York store is inaugurated, which will close in 2001.

Robert Altman recreates a show of his in the film Prêt-à-Porter.

She starts working as a fashion teacher in Berlin.

He begins to teach at the Academy of Applied Arts in Vienna. There she meets and teaches her future husband, Andreas Kronthaler, 25 years her junior.

It introduces the corset as a visible garment for the first time in its collection.

She meets Carlo D’Amario and moves to Italy. There he will work for Giorgio Armani.

He starts working as a freelance for the Italian brand Fiorucci.

Parade in Paris for the first time.

He debuted on the catwalk with his first fashion collection called Pirata.

Co-writes lyrics to a Sex Pistols song, Who Killed Bambi?

The store changes its name again and is now called Sex. Under this name it will become the meeting point of the British punk movement.

Vivienne designs the costumes for the movie That’ll Be the Day.

The store changes its name again to Too Fast to Live, Too Young to Die.

Westwood and McLaren open a space on King’s Road that they will first call Paradise Garage and later Let It Rock.

She gives birth to her second son, Joseph Ferdinand Corré.

She meets Malcom McLaren and moves in with him.

She meets Derek Westwood and marries him. They move to North London and Vivienne becomes a teacher.

Vivienne Isabel Swire is born into a working family.

Today fashion lovers fondly remember Westwood, the designer who proved that rules can be broken and made wonderful out of it.

💰📈💱 Have you heard about the latest news? economic? We invite you to see them in El Espectador.