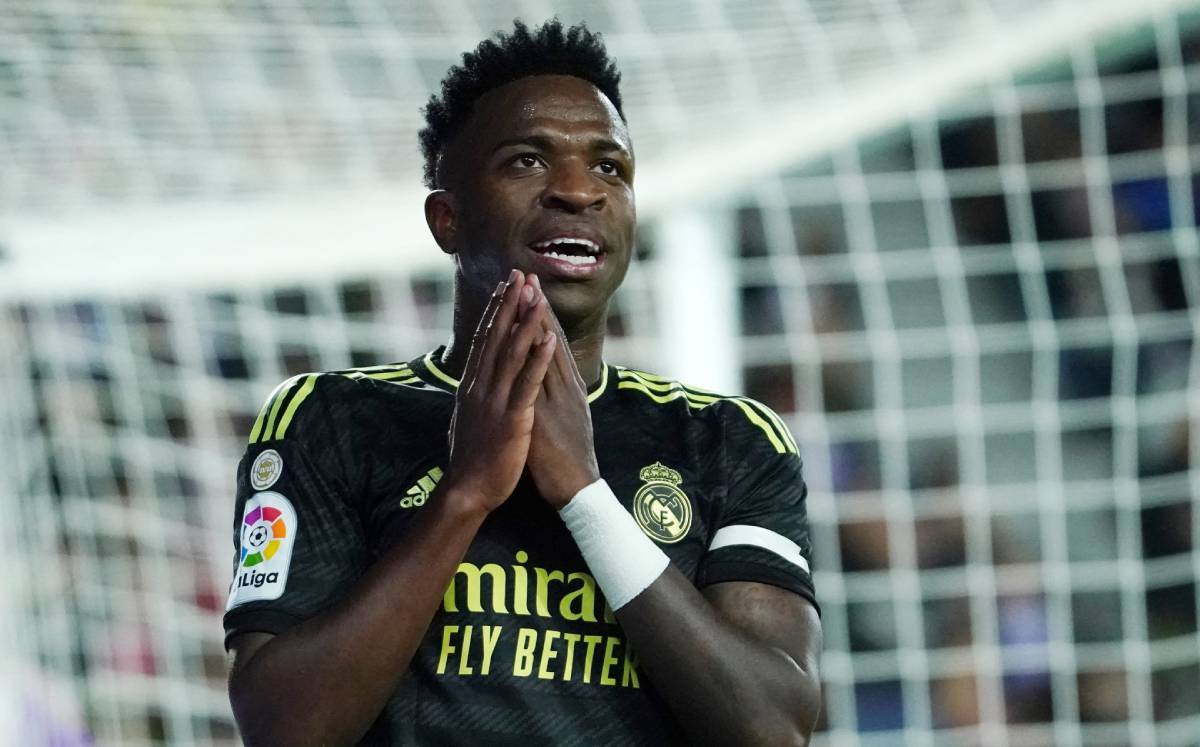 Vinicius Junior, Real Madrid striker, denounced this Saturday the passivity of LaLiga after the racist insults he received by some fans present at the José Zorrilla Stadium, during the match between his team and Real Valladolid

“Racists keep going to stadiums and seeing the biggest club in the world up close and LaLiga continues without doing anything…”, assured the Brazilian on his Twitter account and then added: “I will continue with my head held high and celebrating my victories and those of Madrid. In the end it’s MY fault,” he said.

The racists continue to go to the stadiums and attend the biggest club in the world around here. @The league keep doing nothing…
I will continue with my head up and commemorate the minhas victorias e do Madrid.
No end to blame is MINHA. ???????? pic.twitter.com/5ztuTjP4s6

The moment came when the Brazilian prepared to leave field in the 88th minute by Luka Modric. Vini left the field behind Courtois’s goal when Benzema scored the final 0-2. The celebration of ’20’ made the stands explode.

Some fans charged against the Brazilian qualifying it as “son of a bitch, bastard and black” as has been seen in videos broadcast on social networks. Vinicius even kicked objects that fell onto the field back to the stands.

The Brazilian already experienced this situation last season in visit of Real Madrid to Majorca Y in this campaignbefore the derby against Atlético de Madrid when some 500 Atlético fans who were in the player access area they sang “You’re a monkey, Vinícius you’re a monkey!”.

The Madrid Prosecutor’s Office archived the open investigation for these racist chants before the derby played last September because, although he described them as “unpleasant” and “disrespectful”, he maintained that they were poured out in a context of “maximum rivalry”, that they only “lasted a few seconds” and that they did not constitute crime.