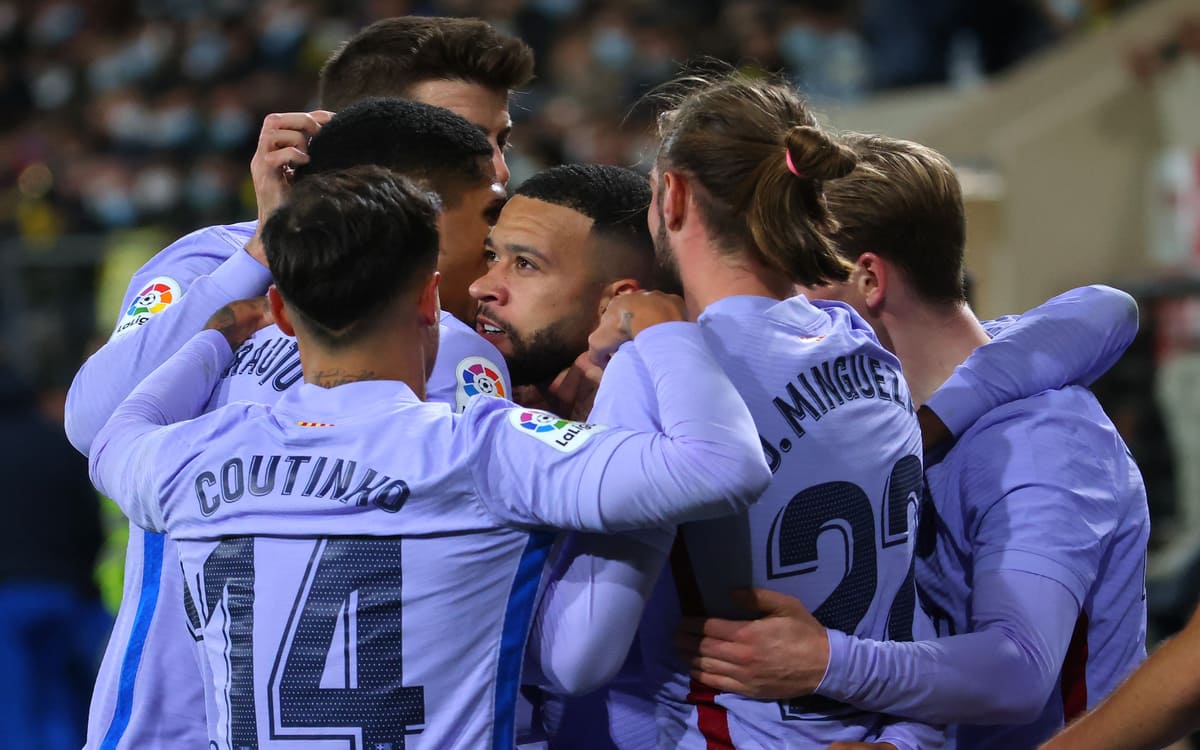 The Barcelona he continues to score points with Xavi on the bench and in the second duel of this new relationship there was a Blaugrana triumph at beat Villarreal 3-1 as a visit.

Again it wasn’t very bright, but the Catalan team got another win, so the courtship goes perfectly.

Now it was the Yellow Submarine that had its chances and could not, and an error sentenced the duel in El Madrigal.

The match was vibrant, there were many approaches and Abde Ezzalzouli He finished off with his head, the play seemed like a goal, although Gerónimo was behind Rulli, who at minute 5 deflected to corner kick.

The Yellow Submarine immediately answered and at 6 ‘Arnaut Danjuma had it in a bad pass from Barcelona, ​​and at the end Gerard Piqué blocked, asking for the hand of the Blaugrana defender.

Memphis Depay tried to score at 8 ‘in a shot that happened on the side and in another good arrival of the visit, at 9 ‘, Gavi crossed the ball and put it on the post.

The actions continued and at 19 ‘again Depay, received a filtered pass and within the area he could not with Rulli and discarded one more.

Little by little, Villarreal continued and at 27, Yeremi Pino finished off with a head, that yes It seemed like a goal and in the end the ball rose and he went over the goal of Barcelona, ​​the same luck that Pau Torres had at 32 ‘.

Before the break, Danjuma had the clearestAfter receiving from Torres, he controlled, shot and Marc André Ter Stegen stopped him with his chest at 39 ‘.

Alfonso Pedraza made a last shot at 43 ‘from a set piece at the far post, unfortunately for the locals the ball went one way.

A second half with many emotions

The second part started just as fast. TOl 48 ‘Frenkie de Jong scored, after a rebound released by Rulli on a first shot by Depay. At first it had been canceled out of place, but it was reviewed and countedThus came the 1-0 for Barcelona.

Memphis continued in search of his goal and at 56 ‘he sent another ball that Rulli saved with his right foot.

The actions were intermittent. At 74, Manu Trigueros He received the ball, he hit him with a blow and flew itIt was another unsuccessful call for Villarreal.

It was until 76 ‘when it was 1-1. Samuel Chukwueze took advantage of a bounce series on a Barcelona throw-in and before the ball reached Ter Stegen tapped it to send it to guardr.

As happened last game, Barcelona ended up suffering. Danjuma made another shot at 84 ‘that crossed over and the ball was lost, in a play that seemed to be more dangerous.

Depay found his goal to give the triumph to Barcelona to 88‘in an error by Villarreal. It all started with a long ball that the local defense could not clear, it complicated the play, the ball fell to the Dutchman, that took off Rulli and fired to put in the hard blow.

Already in compensation time, Phillipe Coutinho scored a penalty at 94‘to set the final score.