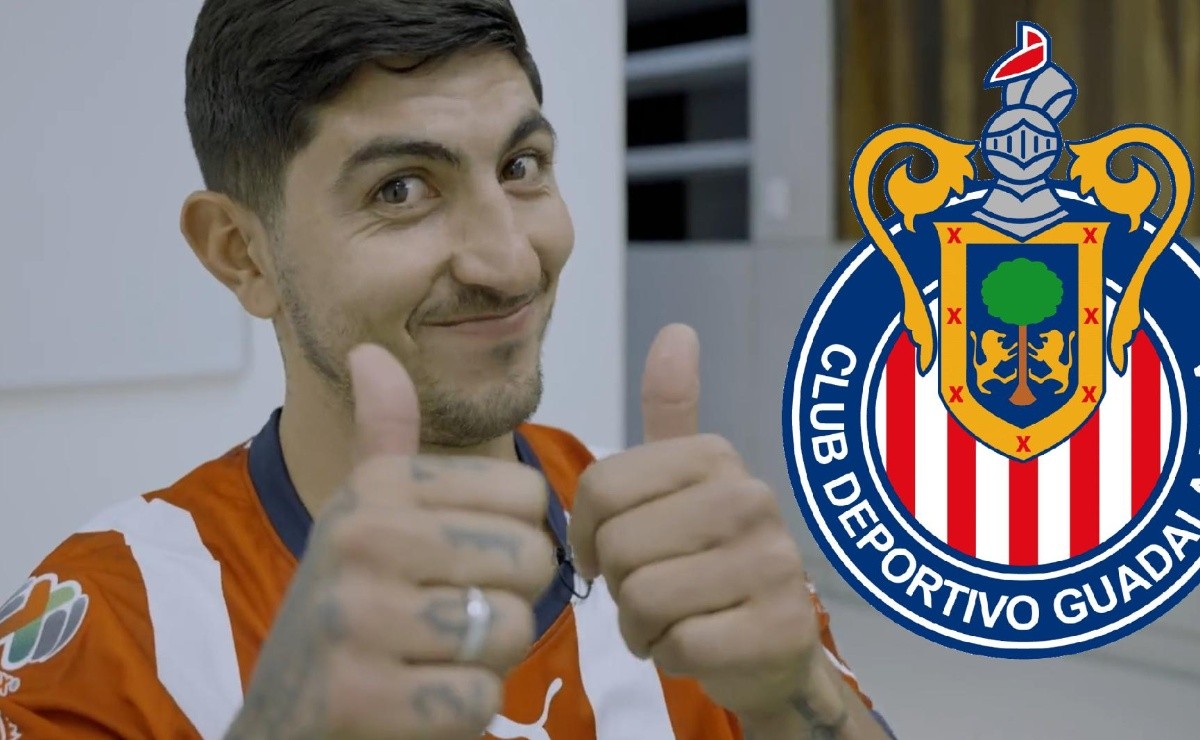 Víctor Guzmán, the new attacker for Chivas de Guadalajara, revealed this Sunday the number that he will wear on the red and white jersey for the Clausura 2023 to a group of six surprised fans in his presentation video.

The brand new attacker of Chivas de Guadalajara, Víctor Guzmán, revealed this Sunday the number that he will wear on the red and white shirt for the upcoming Torneo Clausura 2023 of the Liga MX to a group of six surprised Chivahermanos fans during his emotional presentation video as the first reinforcement of the team coached by Veljko Paunovic.

The main squad of Rebaño Sagrado, to which the prodigious striker will join, trains on Monday at the facilities of the sports city of Verde Valleto refine the details of his next presentation against Atlas on the last date of Group B of the Sky Cup and continue with the preparations for this preseason, to the debut against Rayados de Monterrey at the BBVA Stadium, corresponding to Matchday 1 of the Clausura 2023.

The powerful attacker from Guadalajara formed in the Chivas Basic Forces and who will wear the rojiblanca shirt for the third time in his careerthanks to a transfer with Pachuca in exchange for midfielder Jesús Ricardo Angulo (León), appeared on Friday to carry out medical examinations and medical tests at the renowned Medyarthros clinical center, although His incorporation was made official this Sunday through an emotional video.

Chivas, during the fun and emotional video to present Guzmán, invited six fans: two youngsters, a couple of women and the same number of men, for an alleged Chivas TV dynamic in which they intervened for two questions: What does Chivas mean to you? And what reinforcements have you heard that could come to Chivas? To end with the presentation of the first five elements of the campus.

The little Guzmán, behind the scenes, witnessed all the dynamics in which he was able to notice at first that “the nose is nervous, it wants to cry“ and then, make several affirmative gestures when being named as one of the possible reinforcements. One of the ladies was asked: The third time’s the charm?, obviously because this is the occasion in which the attacker from Guadalajara will defend the rojiblanca shirt. Until in the end, they had to introduce the team players one by one: “With number 23, Miguel Jiménez; with number two, Alan Mozo; with number three, Gilberto el Tiba Sepúlveda; with number four, Antonio Briseño…“. For the next one, each one was surprised by the striker, who intervened by surprise to introduce himself: “And with number five, Víctor el Pocho Guzmán”. To some of them, he affirmed that “fucking Christmas is here with us” and that “there is your merry christmas for the chivahermanos“.

Previous Sandra Wachter: “A big mistake about artificial intelligence is to think that it is intelligent”
Next Sinister Twin – Rolling Stone in Spanish