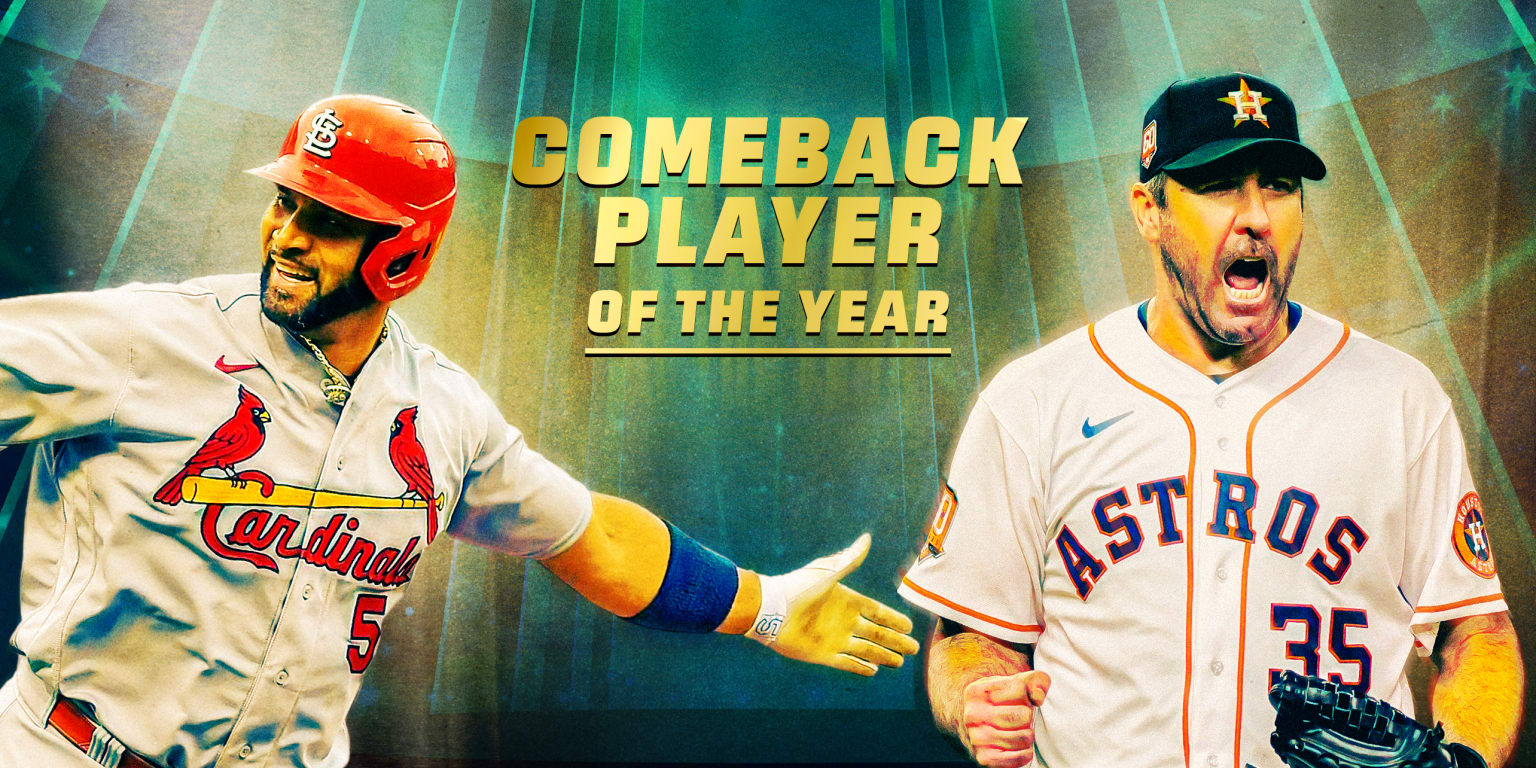 Verlander and Pujols win 2022 Comeback Player of the Year

Justin Verlander and the Dominican Albert Pujols have been two of the most awarded players in baseball history. But now, they both added one more recognition to their credit,

Verlander and Pujols were the 2022 American and National League Comeback Player of the Year Award winners, respectively.

Verlander is the first Astro to win Comeback of the Year honors, while Pujols is the third Cardinal to do so, joining Chris Carpenter (2009) and Lance Berkman (2011). The honor has been bestowed by Major League Baseball since 2005, to the “player in each league who made it through the field in one season.” The winners are determined by the votes of each of the MLB.com reporters for each team.

For Verlander, the award comes a week after being crowned the American League Cy Young unanimously. After being limited to just six innings pitched in 2020 and missing the entire 2021 season due to Tommy John surgery, the Astros ace returned this year to post a record of 18-4 with a 1.75 ERA – the best for any player. AL pitcher since Pedro Martinez hit 1.74 in 2000.

For his part, the 42-year-old Pujols signed with the Cardinals just 10 days before Opening Day and wound up turning back the clock for what was a memorable 22nd and last season of his career.

Pujols fired up late, hitting 18 homers in the second half of the season and becoming the fourth player in NL/AL history to hit 700 home runs, joining Barry Bonds, Hank Aaron and Babe Ruth. The only player who fired more shots than the Dominican in the second part of the championship was Aaron Judge (29).

The Comeback Player of the Year Award is the latest in a long list of recognitions for the quisqueyan, who was also the 2011 NL Rookie of the Year, three MVPs, six Silver Bats, two Gold Gloves and a pair of Series titles. World. In addition, he was called to 11 All-Star Games and won the NL batting title in 2003.