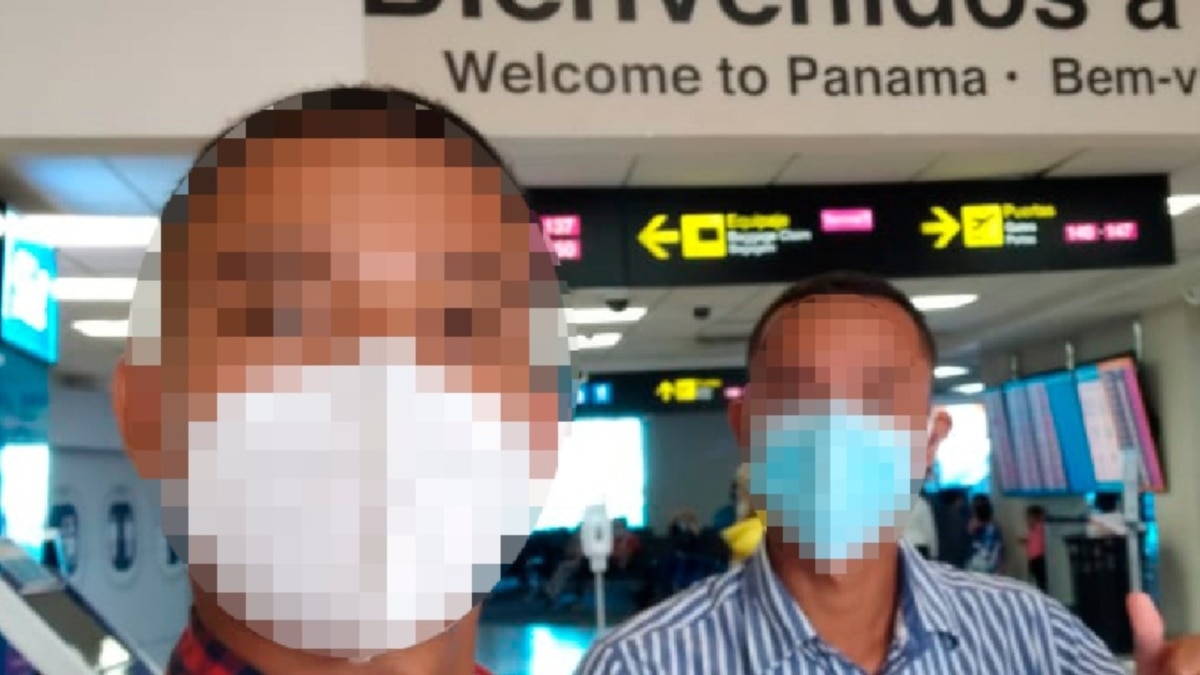 , a nurse with years of experience in hospitals in Maracaibo, Venezuela, excitedly received his letter of invitation to a training course in Guadalajara, Mexico. He saw in it a two-sided coin: on the one hand, he would specialize in his trade; and, in addition, it would have an open door to emigrate.

“We won the nomination!” he said in the first days of January to his brother, with whom he shares a profession. They bought tickets with connection to the state of Jalisco through Panama, loaded their suitcases, searched for foreign exchange in cash, made hotel reservations and kept at hand, like a treasure, the guarantee letter from their workshop.

Little did he know when he traveled, on Friday, January 14, that this project would lead him to live days of stress and frustration, leaving him practically bankrupt.

It was 2:30 in the afternoon, local time, when an airline employee told them, already in Panama, that they could not board the flight to Mexico because they did not have the printed copy of their hotel reservation in Guadalajara among their documents.

Venezuelan Jorge Luis sleeps in the airport chair in his attempt to reach Mexico from Maracaibo, Venezuela. Photo: Courtesy

Their passports certainly did not have any entry stamps to other countries. The nurses claimed that this was “unheard of”. An employee of their travel agency told them from Maracaibo that this decision was “illegal.” But nothing served for Jorge Luis and his brother to board the plane.

Four hours of discussion with airline employees ended with an agreement to allow them to board their next flight to Mexico the next day. Both spent 30 hours at that airport as transit passengers. “Those were terrible hours. It was very cold, hungry”, he details to thevoice of america

. They slept lying on his carry-on suitcase, on a couple of chairs.

In that interim, they saw how flights landed with dozens of Venezuelans returned by the Mexican authorities. The fear that they would meet the same fate on their trip on Saturday sent a shiver down their spines.

“All those flights (from Mexico) brought 10 or 15 inadmissible Venezuelans,” he says.

Venezuelan Jorge Luis and his brother on one of the flights in their attempt to reach Mexico from Maracaibo, Venezuela. Photo: Courtesy

Flight 721 between Panama City and Guadalajara took off without problems at 6:30 in the afternoon of the 15th. Jorge Luis and his brother were finally on it. His plane took off at the worst possible migratory moment, however. One day before the nurses decided to travel to Jalisco to study, first, and emigrate, later, Mexico announced that it would require visas from Venezuelans

from January 21 to slow the flow of people crossing into the United States.

This type of illegal migration has increased “more than a thousand percent” in the last five years, according to the Mexican authorities.

The Mexican government also denounced the increase in “false statements about their reasons for traveling,” the “diversification” of migrant transit routes to the neighboring country, and the existence of crimes, such as human trafficking.

One in three Venezuelans who entered Mexico between January and September 2021 did so in order to emigrate to the United States by irregular means, specified the executive power of President Andrés López Obrador.

Jorge Luis landed in this context of migratory tensions at the Guadalajara airport around 11:00 at night, local time, on Saturday the 15th. The immigration agent who attended them seemed to doubt that his real purpose for visiting Mexico was a mechanical ventilation course for patients with COVID-19.

“Let’s go to an office for a moment,” he told them, holding their passports and cell phones. Jorge Luis and his brother sat in a group of “30 or 40 passengers” from their flight, in a circle. They were all Venezuelans.

“They started a little interrogation, randomly, in front of everyone. There were people with residences in countries like Argentina, Colombia or Chile”, he says.

The agents checked the fingerprints and information in the Mexican immigration system of some of them until, 90 minutes later, other officials pushed a cart with suitcases into the circle of passengers.

“There were a lot of them. We were surrounded by the Mexican National Guard, the Migratory Police and the Police. There were parents with their children, adults. We were like prisoners, not knowing what was happening,” he says.

Another hour and a half passed. Then, an Immigration agent spoke to them in a loud voice. According to Jorge Luis, he told them that Mexico’s decision was that they would all be “inadmitted” to the North American country. His argument, he recalls, was that there was “an immigration crisis” that prevented them from receiving them that day.

“The agent told us: ‘don’t say anything else, there’s no going back. Mexico does not let them enter their nation today and they are already leaving,’” says the Venezuelan nurse.

They were asked to stand up, go to one of the boarding gates and fly back to Panama, then to their respective countries, on the same plane in which they arrived. Their passports were retained, in the hands of the airline. “There were families crying for the expense made, with hotels paid for. They violated our rights”, defends Jorge Luis in conversation with theVOA

THE DISAPPOINTMENT The Venezuelans not admitted that Saturday in Guadalajara landed in Panama the next day. The airline managed its returns to cities in Venezuela, such as Caracas and Maracaibo, but also from Chile, Peru, Ecuador, Argentina and Colombia, he told the VOA

the nurse returned from Guadalajara. “While we waited, planes kept arriving. full

of Venezuelans not admitted without any reason from Mexico. Why they returned us, we do not understand. No one is going to give us an answer,” he says, already in his native Maracaibo.

Two days later, a Venezuelan journalist shared a video in which a group of 20 Venezuelans denounced that they were prohibited from boarding flight 7060 from Panama to Costa Rica because they had air connections to Mexico. “They argue that their passports are new. They are violating rights,” explained one of those affected. From a distance, it was a deja vu

That same day, the press reported the death of a seven-year-old Venezuelan girl, due to drowning in the Rio Grande, which borders the United States. Her mother, with whom she was trying to cross into Texas, was unable to hold her in the current.

Carlos Vecchio, ambassador of the interim government of the opposition to Chavismo in Washington, lamented the fact and warned that thousands of Venezuelans “are risking everything to flee the disaster generated by the Maduro dictatorship.”

Figures from United Nations organizations affirm that at least six million Venezuelans have left their country in recent years. They migrate to different countries and through multiple routes, including the Mexican border.

Jorge Luis, although he would first participate in a fleeting scientific workshop, wanted to get to the United States with his brother to have a better life. He claims to have lost $4,000 on his failed trip to Guadalajara, Mexico.

His plan, today, is to resign from the public health system of his country, where his professional union denounces “starvation wages.” It says “disappointed”.

“Every day, more doors are closed to us and Venezuela is much worse,” he laments.

The real identity of Jorge Luis and his brother was protected in this special report on Venezuelan migration to Mexico and the United States.Connect with the Voice of America! Subscribe to our channel Youtubeand turn on notifications, or follow us on social networks: Facebook , Twitterand

Previous Neuralink prepares to start its human trials
Next Android Games: top 10 of the most downloaded of the week in Google Play | from January 17 to 23 | Cell phones | Smartphones | nnda nnni | SPORT-PLAY 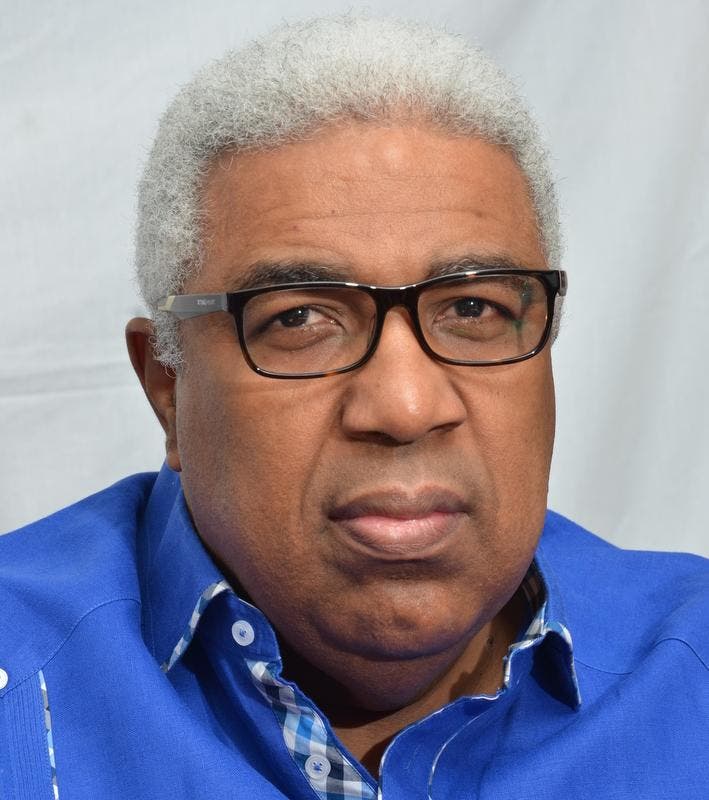