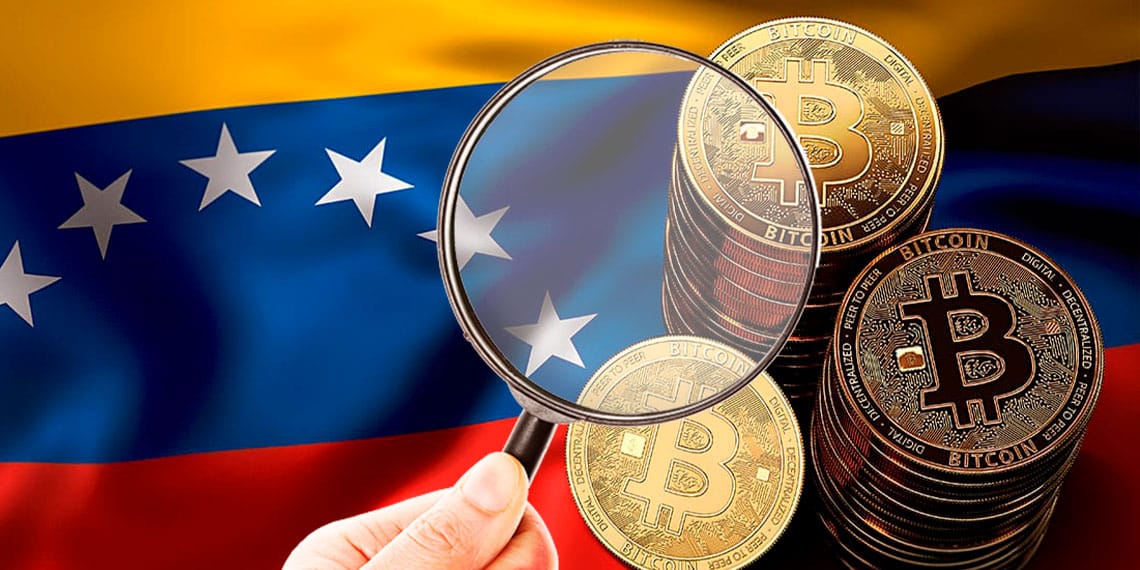 Via Twitter, the Sudeban, which is an agency attached to the Ministry of Finance of Venezuela, Indian that, after a meeting held last week, they will coordinate with Sunacrip and the National Financial Intelligence Unit (UNIF) of that country the “monitoring mechanisms” of transactions involving crypto assets.

They allege that this regulatory measure originates from alleged “irregular practices” in the country’s economy, which “attack” the Venezuelan bolivar and the “stability” of the foreign exchange market.

They did not identify what those practices are, but it may have to do with the price of the parallel dollar. In general, this indicator is above the rate set by the Central Bank of Venezuela (BCV) and It is usually used by shops and premises to set prices of its products in the face of rising inflation. This, despite the fact that there is an obligation to do so with the BCV rate.

On December 12, Venezuelan President Nicolás Maduro asked his followers to “combat” the parallelism in the dollar price. It was like that on December 16, Sudeban undertook an inspection and control in financial entities, “to avoid distortions in the price of the dollar in the national economy”.

In the midst of this “fight” of Sudeban against the parallel dollar, the inclusion of Sunacrip for “real-time” surveillance of operations stands out. Although they do not clarify it in their statement, this possibly responds to the growing adoption of the Bitcoin ecosystem and cryptocurrencies in the Caribbean nation.

It happens that this last year there has been an increase in the use of cryptocurrencies. Although there is no official data on this matter, there are firms such as Chainalysis that ensure that stable cryptocurrencies (stablecoins), which have a 1:1 parity with the US dollar, already occupy 30% of all retail trade in Venezuela.

This means that a significant bulk of retail trade in Venezuela occurs starting from the exchange of stable currencies for bolivars. And for this, bank intervention is needed, since they are the recipient entities of Venezuelan fiat money from trade with these assets.

75 bank accounts blocked for being associated with cryptocurrencies

Due to the intervention of banks in the trade or exchange of cryptocurrencies, more than 75 cases of bank account blockades have been reported in Venezuela since the beginning of 2022.

As reported by CriptoNoticias on Monday, December 26, the LegalRocks law firm affirms that they have responded to the complaints of natural and legal persons whose bank accounts were suspended for being associated with crypto assets.

However, these blockades and bank investigations against users date back months. A) Yes, suspensions are likely to continue to be seen in the near termnow that everything seems to point to greater vigilance by Venezuelan regulatory entities.

In any case, Sunacrip has previously opted for greater surveillance of the sector. In fact, the possibility of sanctioning users and companies that use cryptocurrency platforms that are not regulated by them.