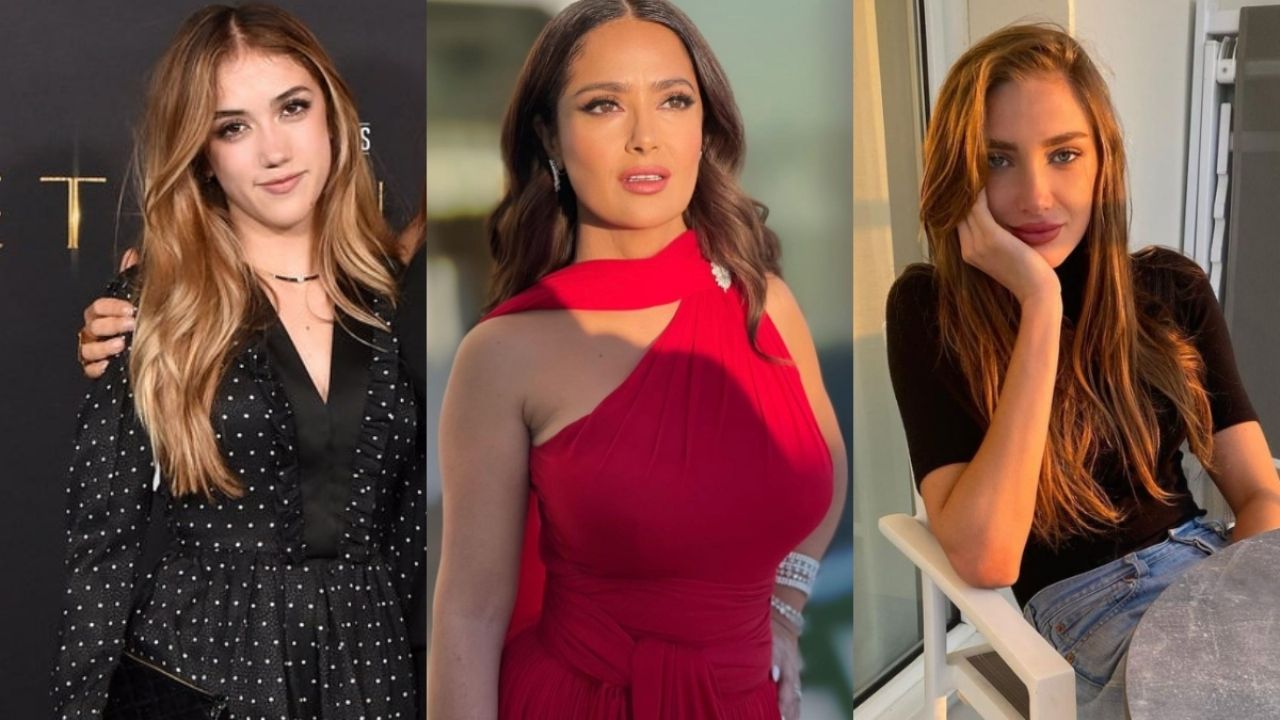 No one has been surprised that the new appearance of Salma Hayek’s only daughter, Valentina Paloma, has left everyone surprised, because at 15 years of age, the young woman looks more beautiful than ever.

And it is that on more than one occasion, the teenager had been a victim of bullying and rejection by some fans and even by the press, because she was attacked for her physical appearance and they even assured that she did not inherit the beauty of her mother.

But like a beautiful flower, the young woman blossomed and accompanied the Mexican actress with her forehead high to the premiere of the new Disney hit, “Eternals”, where she wore a beautiful black dress with white dots.

On more than one occasion, the teenager has always told her mother that she has no interest in following in her footsteps as an actress, as she prefers to have a normal life away from the public eye and the press.

It is worth mentioning that it was Salma herself who shared that she and her daughter have a privacy agreement, as the teenager asked the star to keep her out of her Instagram posts.

However, the Mexican could not contain herself from sharing the images of her daughter when she accompanied her to the promotional events of the film in which she stars alongside Angelina Jolie and Kit Harington.

But now, the actress decided to leave her daughter at home and go to another premiere but now at the hands of the eldest daughter of the French businessman, François-Henri Pinault.

Mathilde Pinault shines on the “House of Gucci” red carpet

A few days ago the premiere of one of the most anticipated fashion films of all, “House of Gucci”, was held, where the eyes had focused on Lady Gaga, Jared Leto, Adam Drive and Salma Hayek.

The red carpet was held in the British capital, London, and it was undoubtedly one of the events that has exuded the most glamor and style so far in 2021.

However, she was the 20-year-old stepdaughter of the Mexican actress Mathilde Pinault that everyone is talking about, as she decided to accompany the star at the event with the French billionaire.

On more than one occasion, it has been Salma herself who has shared that she has a very good relationship with her husband’s older children, and especially with the influencer, who has always behaved like a true older sister of Valentina.

Although many began to question the absence of her daughter, Mathilde knew very well how to steal the spotlight during the premiere gala of the film that tells the beginning of one of the most important fashion houses.

The 20-year-old influencer and model dazzled with a sophisticated slip dress made of an animal print fabric in orange and blue tones with which she showed her beautiful figure.

Like a diva and following in the footsteps of her little sister, Valentina Paloma, Mathilde, she decided to take her place on this red carpet where her demeanor and elegance captured the attention of the press.

It is worth mentioning that this is not the first event in which the young woman captures the eyes of all those present, because last February, she attended a party organized around Fashion Week in Paris, at which time the press decreed the birth of a new It Girl.

“I had a great time at the Saint Laurent fashion show, here in Paris, and I loved my outfit”, as she was seen wearing a signature double-breasted blazer and short shorts, accompanied by high black boots.