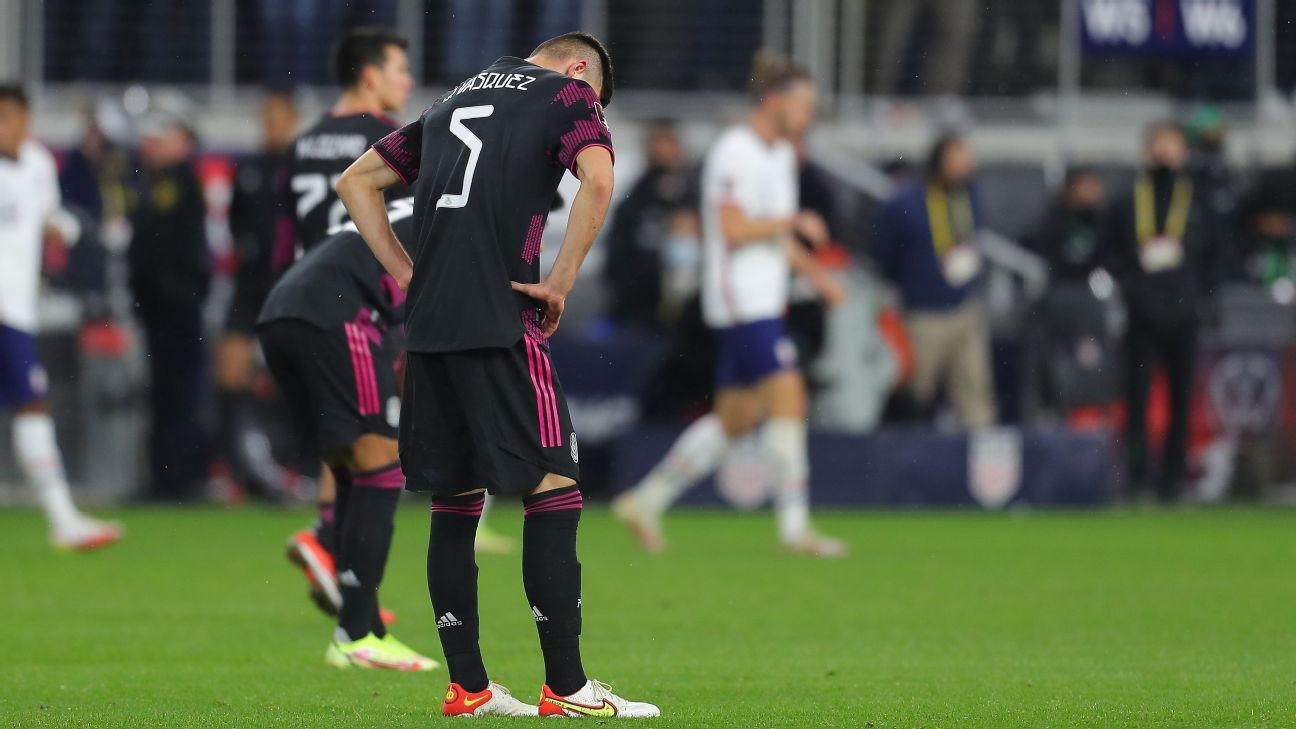 CINCINNATI (Rafael Ramos Villagrana) – The most lacerating thing was the singing from the rostrum. The most humiliating thing was the painful, fraudulent and painful resurrection of the howl of mockery and mockery. That long chorus, drooling with scorn and scorn: “Dousacerooouuuu”, that cloaked the American festive throats.

2-0, Christian Pulisic and Weston McKennie spit on Mexico’s open grave. The United States is the Patriarch of Concacaf. Or better, it is the Pa-Tri-arca de México and Concacaf. He is the leader of the Octagonal Final of the Concacaf, he recovers the hegemony of the area, and above all, he makes El Tri the patron of his parties.

The United States was dominant for at least 75 minutes of the game. He had tactical, mental and football control of the game. He imposed conditions, cloaked the tribune and filled with shame a Mexican team that, from the bench, did not know how to react, and that on the field was shipwrecked, like clumsy sailors, out of pure fear.

Gerardo Martino has an indecent and humiliating record: the only coach with Mexico to have suffered three losses to the United States in less than five months. The most serious: the rival has always played him the same and El Tata always reacts the same: inoperative and powerless.

In the best possible setting, in Cincinnati, in the Concacaf Octagonal Final, the worst version of Gerardo Martino’s management is presented. Dominated, mocked, defenestrated, humiliated. And he, from the command bridge, chose the slow death of the faint-hearted.

Old story. Fifteen minutes and Mexico has the ball and the manifesto of the game. America is comfortable on the brink. His thing is patience and the chance of hidden cards. He suffers, without hysterics, because Mexico, powered by Sergio Pérez, anticipates and steals balls, but also consents, carves them, organizes them.

For this reason, El Tri is the first to irritate Zack Steffen. A shot from Luis Romo pokes over his right post. Hirving Lozano arrives full, but the archer lengthens the bones and phalanges, and prevents the tragedy. A diagonal from Chucky Lozano to the area, surprises behind, but more Tecatito, who finishes off with the studs and deflected. Snorts that are not listed on the scoreboard.

A first time where Mexico approaches the ambush. The United States makes short runs in defense, intense, organized, solid, forcing the physical exhaustion of Mexico, with more dynamics, more relays and less rest. The tricolor greyhound snorts, the rabbit is tenacious. The cobweb spreads. The 0-0 has a high cost in the Mexican lungs.

And the consequences emerge. The last minutes of the first half, soccer gloats with tachycardias in Guillermo Ochoa’s yard. Reflection of harassment and the passing of the minutes. Mexico can no longer get out of the bottom. Gerardo Martino’s strategy is deformed, transformed, upset, in the desperate adventure of a ball.

The tension of the process infects the platform. The United States Outlaws are the only ones in force. The few Mexicans, amid the tide that repels them, wave their flags more because of the nervousness that collapses their hands than because of a genuine desire to flag their troubled soldiers.

In the background, the Tri suffers the sprinters in its inner lanes, and the relay with the flanks. Edson Álvarez chases shadows and Luis Romo hunts ghosts. Héctor Herrera? Ek of always, intermittent, defends little, but is the only one that lights coherence lights.

For this reason, the US surfs among the Mexican rear. Weah, McKeannie, Adams, Aaronson and the distractor Pepi, play with drama, and on top of that they hinder the stuttering exit of the Tri to the ridiculous. Chaka and Gallardo? Highways of stupidity and betrayal.

The inevitable question is: after two games played like this, does Gerardo Martino know less about the United States than Gregg Berhalter knows about Mexico? One forgets and the other learns. The multiplied amnesia of failure.

The 0-0 in the first half seemed like an act of compassion for the United States, but it ended up being an overflow of mercy, for a troubled Mexican team, and basically without response. A 0-0 with many mysteries and hysterics for the second half.

The United States saw a stiff and decided to organize the burial only with the squawk of the Salvadoran judge Iván Barton for the second half. The United States cordoned off the area, amid Mexican nervousness. The 0-0 went huge with shots from McKeannie and Pepi, which glorified Ochoa, or ended up as shameful offerings to the void.

El Tri recapitulated the humiliating metaphor about himself. The little green mouse no longer wanted cheese, but wanted to get out of the mousetrap. Your best response is to try to put together two slingshots, by pushing, scratching, and piling up, more to rip off the watch than to generate a reaction.

Fate plays gambler by the law of probabilities. Weah is still ridiculous with Gallardo’s ashes. At ’75 it reaches the bottom. The center is accurate. Christian Pulisic appears, centimeters closer to glory than the desperate leap of Catita Domíngues. La pepena with a dry head, far from the eventual miracles of Guillermo Ochoa. 1-0.

And again America’s favorite resource: deliver ball and ground. It equips itself. Players who were born for suffering, for stoic survival, for resistance on the brink of collapse. The genetics of his soccer.

For this reason, with the perfect trap for irrational animals, so well known in the United States, in 86, the story is rounded off with the tragicomic drama of the well-known “dousacerou”. Again, overflowing, at will, through the midst of defeated, clumsy, frightened bodies.

Weston McKennie had searched for him 86 minutes. He finds it, glaring at Ochoa, climbing the US in the standings, assuming the chiefdom of the area. Yes, the Pa-Tri-arca de la Concacaf. Tata Martino, three martyrdoms, and at the expense of another shaken in Candá, next Tuesday.