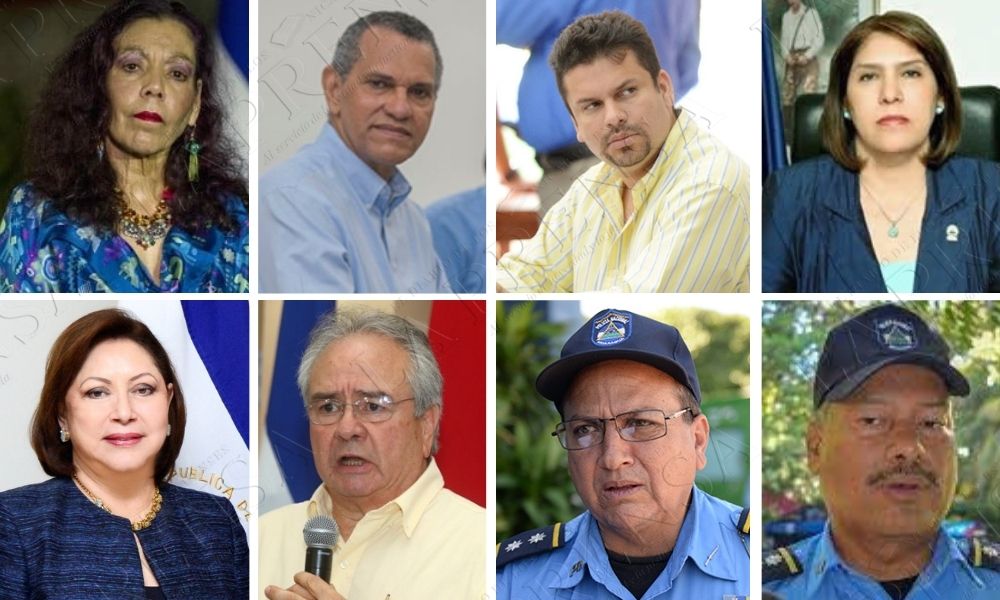 The rest of the sanctioned are the senior commissioners of the Police, Fidel Domínguez and Juan Valle Valle —both accused of directing violent attacks against opponents of the regime since the social uprising of 2018—; the president of the Supreme Court of Justice, Alba Luz Ramos; the president of the National Assembly, Gustavo Porras; the Attorney General of the Republic, Ana Julia Guido; the magistrate of the Supreme Electoral Council (CSE), Lumberto Ignacio Campbell Hooker, and the general secretary of the Mayor’s Office of Managua, Fidel Moreno.

Also read: The US sanctions the Prosecutor’s Office and nine officials of the Ortega regime

“The election was strongly criticized by the United Kingdom, the United States, the EU and Canada and others due to the arbitrary arrest and detention of political opponents, the repression of independent media and the forced dissolution of opposition parties,” argues the The United Kingdom faced with the measures imposed on the same day that the United States Department of the Treasury sanctioned the Public Ministry and nine officials close to the Ortega regime.

According to the official statement, the sanctions imposed have as their scope the travel ban and freezing of assets to those sanctioned who are accused of “being responsible for undermining the democratic principles and institutions of Nicaragua, the commission of serious human rights violations and the repression of civil society ”.

Sanctioned officials cannot freely travel to the UK, funnel money through UK banks or benefit from the UK economy. “These restrictive measures are aimed at people and are carefully aimed at minimizing the impact on the economy in general,” clarifies the United Kingdom.

It may interest you: European Union Foreign Ministers analyze new sanctions against the regime

In the same way, it is explained that these actions were coordinated with the United States and Canada, who have imposed similar sanctions on the main Nicaraguan officials, to “maximize the pressure on the Ortega regime to change its behavior and put an end to the repression of its citizens. And at the same time, he warns that “we will continue to work with like-minded partners such as the US, Canada and the European Union (EU) on additional coordinated measures to respond to the situation in Nicaragua.”

The United Kingdom ceased to be a member state of the EU, in a political process known as Brexit, from January 31, 2020. The United Kingdom is made up of the states of England, Scotland, Wales and Northern Ireland.

Wendy Morton, Minister for Europe and America, stated after the announcement of the sanctions that the Ortega regime “is denying the Nicaraguan people their fundamental human rights. The recent presidential elections were rigged and opposition politicians and peaceful protesters have been systematically imprisoned for political reasons.

The minister affirmed that “the United Kingdom will always be a fierce champion of freedom around the world and these sanctions will guarantee that those responsible for the attacks on democracy in Nicaragua face a real cost for their actions.”

With the announcement of the imposition of measures, the United Kingdom reiterates its request for the “immediate and unconditional” release of all opposition leaders and other political prisoners in Nicaragua, and the complete restoration of all their civil and political rights, such as He affirmed it after the result of the elections in Nicaraguan territory, which he rejected.

These are the sanctioned Ortega officials

On May 4, 2020, the United Kingdom government adopted sanctions against the six officials of the Ortega regime – the same ones on whom the European Union (EU) – who were applied for human rights violations against Nicaraguans. Those punished on that occasion were the director of the Orteguista Police, Francisco Diaz, The deputy director Ramon Avellán, the commissioners general Luis Pérez Olivas and Justo Pastor Urbina, as well as the former Minister of Health, Sonia Castro already Nestor Moncada Lau, advisor for security matters to dictator Daniel Ortega.

Later, a year later, the British government sanctioned for corruption Jose Francisco Lopez Centeno, the powerful treasurer of the Sandinista National Liberation Front (FSLN), a faithful ally of the dictator Daniel Ortega. The British government pointed out that “Chico” López, as vice president of the state company Alba de Nicaragua (Albanisa), has been involved in “misappropriation” cases. “During his leadership, public funds were diverted to shell companies or bloated projects,” the UK said.

Previous Shock on Telemundo! Adamari López gives revealing message about her private life
Next What are the top 5 threats to your bitcoin?