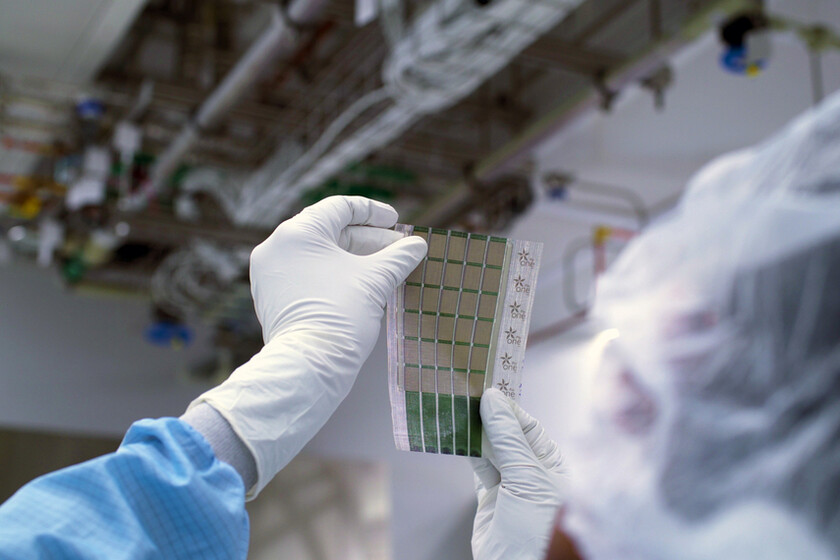 ultrafine cells that convert any tissue into a source of energy

No matter if its texture is rough or smooth, whether we are talking about the wing of a drone, the canvas of a tent or the sail of a ship, it can most likely become a source of solar energy. At least that is the goal with which a team of engineers from the Massachusetts Institute of Technology (MIT) is working, determined to develop photovoltaic cells made of ultra-light fabric that can transform any surface into devices capable of supply electric power.

The key —as MIT researchers have just detailed in an article published in Small Methods— consists of resistant, flexible and above all extra-thin solar cells. So much so that MIT claims that they are “much thinner” than a human hair, a peculiarity that facilitates their handling and deployment on fabrics that can later cover fixed surfaces.

“It allows to provide power on the go as a portable power fabric or to be quickly transported and deployed in remote locations for emergency assistance,” highlights MIT. Their calculations show that this class of cells, designed for light fabrics, weighs one hundredth of a conventional solar panel and generates 18 times more energy per kilogram.

Slim, lightweight solar cells are not entirely new. A little over five years ago, a team from ONE Lab already developed prototypes so thin, flexible and light that they could even be placed on top of a soap bubble. Their main problem was the cost and difficulty of elaboration, which made it difficult for them to be adopted as a large-scale solution: creating them required processes in a vacuum, which, in addition to being complex, were expensive and difficult to scale up on a larger scale. Now engineers —they explain from MIT itself— have proposed the development of “printable” cells, using materials based on ink and scalable manufacturing techniques”.

How have they achieved it?

Making use of semiconductor inks, nanomaterials that come in the form of printable electronic inks, and a screen-printing system not unlike the one we use to add images to our T-shirts, but which allows MIT engineers to deposit electrodes on the structure and complete the solar module. Once the process is complete, the researchers can peel the printed module, about 15 microns thick, from the plastic substrate.

With the ultra-thin solar module ready, the next big challenge was how to handle it easily, taking advantage of its lightness and preventing it from breaking. The MIT team’s decision was to opt for a substrate light, flexible and resistant to which the cells could also adhere, a description that fit perfectly with the tissues, a surface with resistance, malleable and light.

The engineers opted specifically for Dyneema, a particularly lightweight fabric, made up of resistant fibers and weighing just 13 grams per square meter (g/km2). With a simple layer of glue, the solar modules can be adhered without problem to compose an ultra-light, robust photovoltaic structure… and so malleable that it is easy to use.

The solution is more effective than printing the solar cells directly onto fabric, a process that would greatly limit the range of fabrics and surfaces that could be worked on. If this process were chosen, the materials would have to meet certain chemical and thermal requirements that would allow them to successfully face the process. “Our approach decouples the manufacturing of solar cells from their final integration,” adds Mayuran Saravanapavanantham.

With the prototype ready, the MIT team put its ability to generate power and endurance to the test. The results? The test showed that it could produce 730 watts per kilogram when installed freestanding and 370 if deployed on top of the Dyneema. Regarding its endurance and useful life, the tests showed that the cells continued to retain more than 90% of their initial capacity even after the fabric solar panel had been wound and unwound more than 500 times.

The team is now working on a coating, “ultra-thin packaging solutions” that allow cells to be protected from humidity effect without considerably increasing the weight of the fabric, precisely its great property. Their lightweight nature makes it possible for solar cells to be laminated to multiple surfaces and adapt to a wide range of uses.

By way of example, MIT cites a few: being integrated into boat sails, tents, the canvas used in rescue operations or the wings of drones, various surfaces on which they can be installed relatively easily to become sources of energy.

“The metrics used to evaluate a new solar cell technology are generally limited to its power conversion efficiency and dollar cost per watt. Equally important is integrability: the ease with which new technology can be adapted”, says Vladimir Bulovic, from the ONE Lab laboratory. It is precisely in this facet, “integrability”, in which lightweight solar fabrics find their point. strong… and they offer everything a range of possibilities.

Previous The shocking change of Jacob Tremblay, the boy from the movie “Extraordinary”
Next He insulted Mexico, now a Frenchman would take the Golden Glove from Dibu Martínez