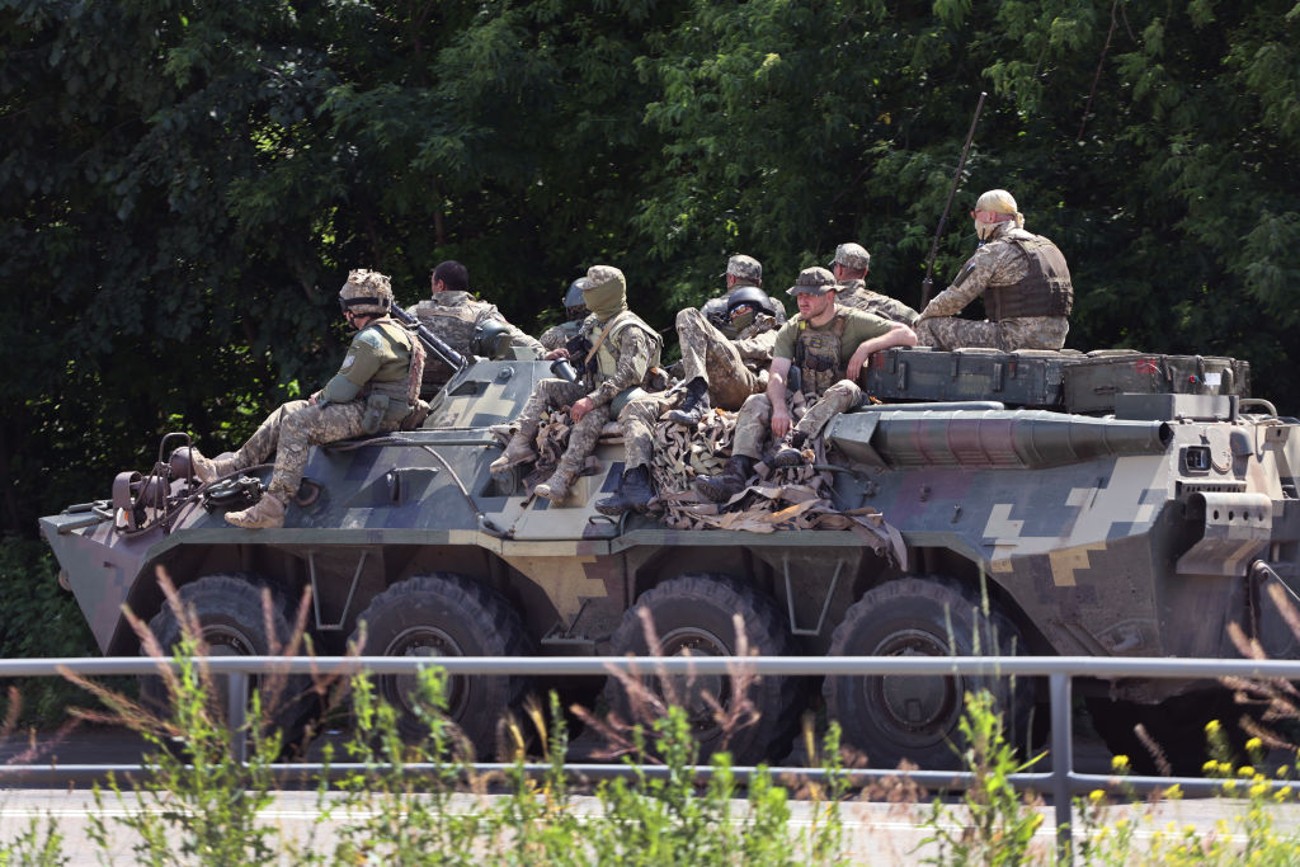 (CNN Spanish) — Days after the fourth month of the Russian invasion, Ukraine received strong support from European leaders, who pushed for its entry into the European Union in response to the war started by Vladimir Putin. However, such a decision could spark further hostility, President Volodymyr Zelensky said in recent hours.

Follow the latest news of the war this Monday, June 20.

Ukraine’s President Volodymyr Zelensky said his nation should expect “increased hostile activity” from Russia as the European Union studies whether the country should be formally considered as a candidate following the Russian invasion.

“We should expect further hostile activity from Russia. By the way, demonstratively. This week exactly,” Zelensky said in his late-night speech on Sunday. “And not only against Ukraine, but also against other European countries.”

Zelensky called the forthcoming response on Ukraine’s candidate status “a fateful decision” for his country. He also said he was “convinced that only a positive decision responds to the interests of all of Europe.”

The most important thing to know about Ukraine’s EU candidacy

The European Union Commission said on Friday that Ukraine should be considered a candidate state. Now it is up to the 27 EU Member States to decide whether they agree or not.

Here are the main things to know about Ukraine’s EU candidacy:

As European Commission President Ursula von der Leyen made clear on Friday, Ukraine will still have to meet a number of criteria before full membership negotiations can begin, even if all 27 members agree to accept its candidate status this week.

Then, when the leaders of the EU Member States have given their approval, it must be ratified in the EU Parliament and by the legislative branches of the governments of each Member State.

What do EU countries think about Ukraine’s accession to the EU? This is where things start to get complicated. Although the EU and its 27 members have largely supported Ukraine in its war effort, the fact that a country at war starts the accession process poses all sorts of problems.

There are a number of candidate states that have been in the accession process for years and, in some cases, have seen their entry held back due to internal political instability. An example of this is Turkey, whose request has been practically frozen for fear of a setback in the rule of law and human rights.

This would have been Russia’s plan to defeat Ukraine 3:53

How long will it take? It really depends on what state Ukraine is in when the war ends. It seems highly unlikely that Ukraine will come close to meeting the criteria for even starting negotiations for any significant period of time after the end of the war. Aside from reconstruction, Ukraine will have to transition from a country operating under varying degrees of martial law and curfews to a functioning democracy.

The average time for a country to join the EU is four years and 10 months, according to London-based think tank UK in a Changing Europe.

Russia took control of a town on the outskirts of the key city of Severodonetsk, according to Ukrainian authorities.

Russian forces have managed to take the town of Metelkine, east of the strategic city of Severodonetsk, a regional official said on Monday.

“Unfortunately, we currently do not control Metelkine, near the regional center,” said Serhiy Hayday, head of the Luhansk regional military administration.

Russian forces have intensified the use of artillery and airstrikes to ram Ukrainian positions in and around Severodonetsk as the battle for the strategic city drags on, Hayday added.

“They are working intensively in the Severodonetsk industrial zone and on the outskirts of the city,” Hayday said. “The same thing happens in Toshkivka and Ustynivka districts.”

“(They) want to make a breakthrough there, and for that they have assembled a lot of equipment there,” he added. “The fighting is taking place in many villages around Severodonetsk and Lysychansk.”

Some background: Severodonetsk lies in the heart of Donbas, a large industrial region in eastern Ukraine that has been the scene of sporadic fighting since 2014, when Russian-backed separatists took control of two territories there: the self-declared Donetsk People’s Republic and the Luhansk People’s Republic.

His remarks came as Ukrainian President Volodymyr Zelensky said the fight for the city may determine the outcome of the war in the country’s east.

“Severodonetsk remains the epicenter of the confrontation in Donbas,” Zelensky said then.

“This is a very fierce battle, very difficult (…) Probably one of the most difficult in this entire war,” he added. “In many ways, the fate of our Donbas is being decided there.”

European Union foreign policy chief Josep Borrell called the Russian blockade of Ukrainian grain exports a “genuine war crime,” adding that the bloc’s sanctions on Russia had nothing to do with the food crisis. world.

Speaking to journalists en route to a meeting of EU foreign ministers in Luxembourg on Monday, the EU’s High Representative for Foreign Affairs and Security Policy said “it is not European sanctions” that are “creating this crisis.”

some background: Russia’s war in Ukraine could push up to 49 million people into famine or famine-like conditions due to its devastating impact on global food supplies and prices, according to the United Nations. Countries are scrambling to find a way around the blockade, and US National Security Council Strategic Communications Coordinator John Kirby has stated that Russian President Vladimir Putin “has absolutely weaponized the food” by blocking Ukraine’s grain exports.

Borrell’s remarks come after Putin said Russia’s actions in Ukraine are not responsible for the global food crisis and accused the United States of driving up food prices in his speech on Friday at the International Economic Forum in Ukraine. St. Petersburg.

“Famine in the poorest countries will be on the conscience of the US administration and the Eurocrats,” he said.

Borrell refuted these claims on Monday, saying that “the problem comes from the Russian blockade of Ukrainian grain.” Countries that want to buy Russian fertilizers are free to do so, Borrell said, reiterating that the bloc’s sanctions do not target food or fertilizers.

“You cannot imagine that millions of tons of wheat remain blocked in Ukraine while people in the rest of the world are starving. This is a true war crime,” Borrell said.

He added that he did not see the food crisis lasting “much longer”, and expressed hope that the UN would “soon reach an agreement” with Russia to unblock Ukrainian grain exports.