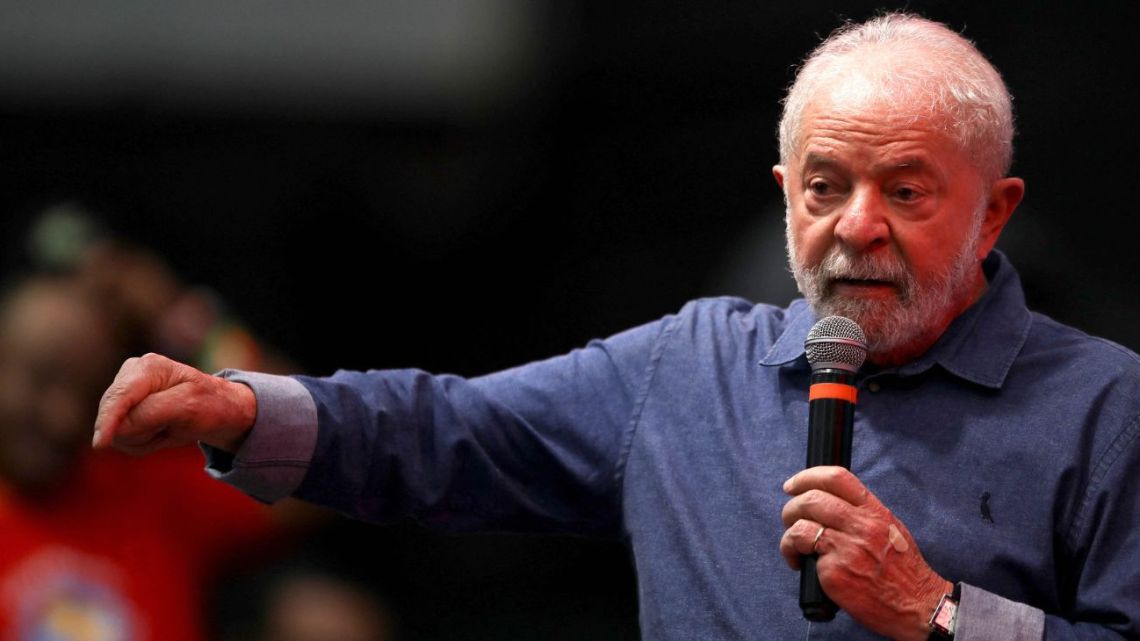 Together with Alberto Fernández and other leaders, more than 300,000 people will attend the inauguration of Lula Da Silva

More than 300,000 people, 17 presidents and 8,000 security agents will be present this Sunday, January 1, to participate in the historic inauguration of Luiz Inacio Lula Silva as president of Brazil. The ceremony will take place without the transfer of command since the outgoing President Jair Bolsonaro he left the country.

On the first day of the year, Lula will be proclaimed president together with his vice president, Geraldo Alckmin, in a ceremony in the Brazilian Congress. Among the present leaders will be the Argentine Alberto Fernández who will travel in the next few hours.

As stated NAAfter this ceremony, the new president will go up the access ramp to the Planalto Palace, where the transfer of the attributes of command.

Inauguration of Lula da Silva: the 4 keys to the ceremony in an armored Brasilia

Due to the recent riots in Brasilia and the attempted attack with explosives carried out by Bolsonaro sympathizers, dissatisfied with the result of the ballot on October 30, there will be an important security apparatus to prevent eventual episodes that endanger the new political leadership and the world leaders who will be in place. The organization does not want to leave anything to chance.

The inauguration of the president of Brazil will be this January 1 for the last time, considering that the next president will take office on January 5, 2027, as stated by PROFILE. The appointment with history is scheduled at 13.45 in Congress, same time in Argentina. At that time, the guests, including 17 heads of state, will speak in the White Room of the Senate.

The arrival of the presidential duo Lula – Alckmin, in procession from the Metropolitan Cathedral, is scheduled for 2:30 p.m. A 15 o’clockwhile, begin to the formal session ofthe presidential handover in which the term of the elected president and vice president will be read and signed.

The security operation and how the event will be

The entire ceremony will be held under a strict security operation by the Brazilian forces. Brasilia will use 100% of its local Policewith which it is expected that around 8 thousand agents will be destined to cover the operational history.

In the presence of more than 50 international delegations, including the President of Chile gabriel boric; from Colombia with Gustavo Petro; from Paraguay with Mario Abdo Benítez; from Uruguay with Luis Lacalle Pou and Spain with King Felipe VI.

The public present will gather mainly in the Esplanade of the Ministries, a space surrounded by government buildings and Congress.

There will be two huge stages decorated with the colors of the Brazilian flag, where more than 60 artists will perform in some thirty concerts. “We will have a great popular party”, promised the future first lady, Rosángela da Silva, known as “Janja”, who organizes this event in detail “Festival of the Future”already renamed in the networks as “Lulapalooza”, in reference to the well-known international festival Lollapalooza.

By not making the transfer personally, the current president would break with the tradition of Brazilian democracy that dates back to 1985, just as they did Donald Trump and Cristina Kirchner. The outgoing vice president, Hamilton Mourao, will not deliver it to him either, so the president of the Senate, Rodrigo Pacheco, could do so, something that has not yet been confirmed.