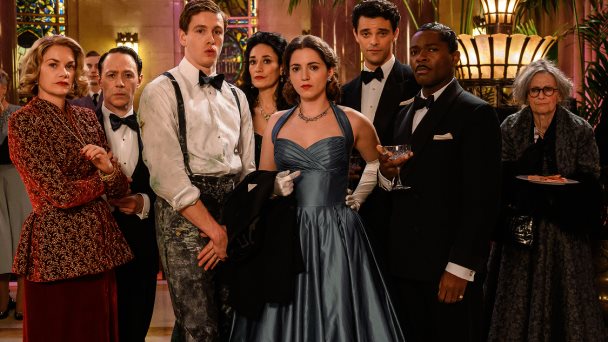 To see in December there are options

“Something From Tiffany’s” is a Christmas romantic comedy of tangles, based on the novel by Melissa Hill. It tells the story of two gifts from the famous jewelry store that end up in the wrong hands at Christmas, the problem is that one of them is an engagement ring.

In this way, the groom who was left unable to make his proposal becomes involved with the bride who received the stone by mistake and they form a special connection during the holidays.

While the film is formulaic and predictable, the New York locations and a good cast make the film quite effective, especially on Christmas week.

The main reason it works is the work of the always wonderful Zoey Deutch, who lifts every project she comes across with her tremendous charisma. She also has a lot of chemistry with Kendrick Sampson.

In the end, the tape produced by Reese Witherspoon achieves its goal, despite the convention.

“Something From Tiffany’s” serves to continue adding a Christmas atmosphere to streaming at home.

“LOOK HOW THEY RUN”

With a murder, plans for a movie shoot come to a halt, and a rookie sheriff teams up with an experienced inspector to find the culprit in the comedy “Watch Them Run.”

The premise is similar to the typical stories of Agatha Christie, an author who is one of the characters here, since the crime takes place in a London theater in the 50s, where her work The Moustrap is presented, the one with the longest running time. in the world, since it continues presenting in our days.

The film director who would bring the film version of the show to the screen is murdered and Inspector Stoppard (Sam Rockwell) and Sheriff Stalker (Saoirse Ronan) must deal with a group of eccentric artists and theater people.

What director Tom George achieves with a script by Mark Chappell is a fun puzzler, where Rockwell and Ronan stand out as the mismatched team in search of the truth. Ronan is extraordinary at comedy and it’s nice to see her having fun on screen in such a funny character.

The tape has a very good rhythm and references that will be liked by fans of Christie’s novels and theater in general.

“Look How They Run” is a fun surprise that works perfect for watching at home.