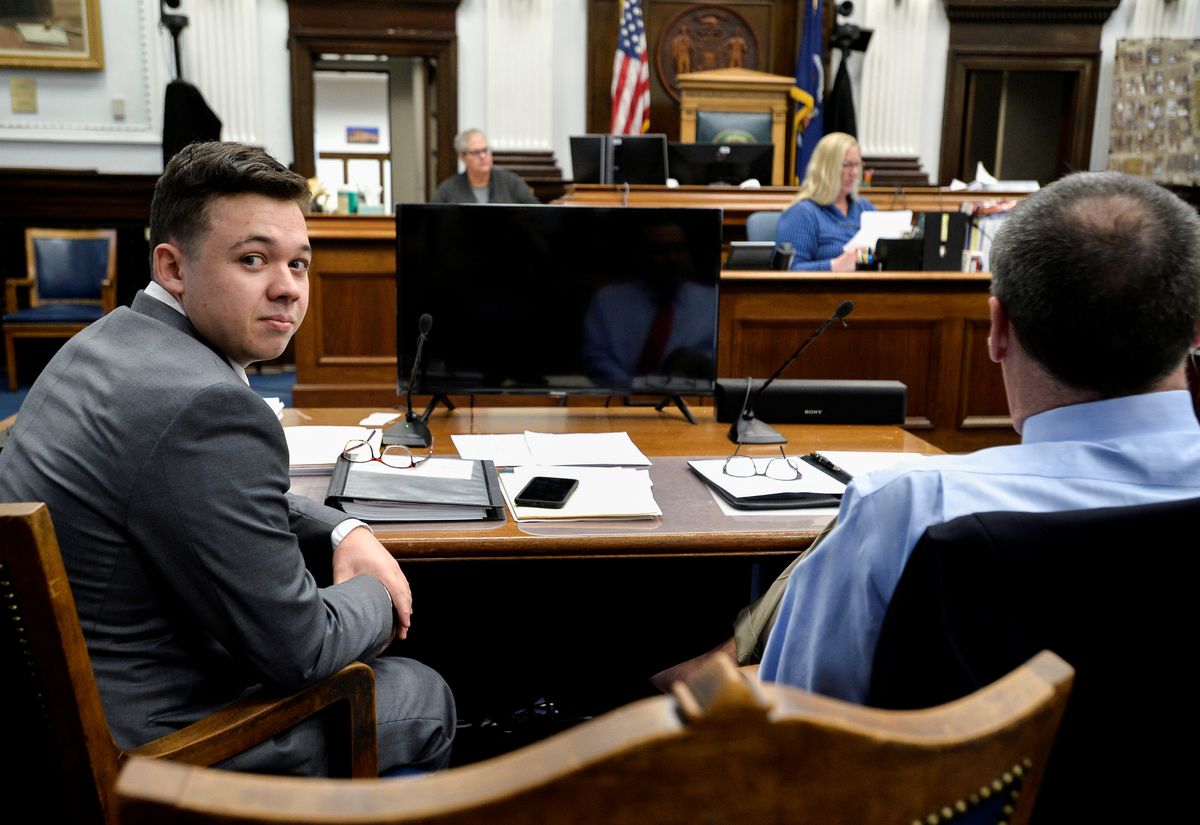 The turbulent summer of 2020 resounds these days in two specific parts of the United States. Two of the bloody episodes that marked the outbreak against racism of those days are put on trial at the same time and with unfortunate similarities to each other. Again, the courts are up against civilian citizens who take justice into their own hands. Again, the scourge of weapons within the reach of anyone lies in a bloodbath. Again, the videos of the tragedies have knocked down arguments, inflamed the spirits. And again, the racial wound oozes from the whole process. Six months after the trial for the death of the African American George Floyd at the hands of the police officer Dereck Chauvin, who was convicted, the country lives another two litigation with emotions on the surface and awaits the verdict in suspense.

In Georgia, a jury made up of 11 white people and one black person must decide on the death of a young black man, Ahmaud Arbery, who on February 23, 2020, was running unarmed through a housing estate in a coastal city and was chased by three white neighbors who They believed him to be a suspect in robberies that occurred in the area. It happened in broad daylight. One of the first prosecutors in charge of the case recommended not to press charges against the three men, claiming that state law allowed civil detentions (it was later repealed). When the video of the manhunt was released in May, the arrests occurred and the case became one of the symbols of the Black Lives Matter demonstrations.

In Wisconsin, the parties present final arguments on Monday for the trial of the young Kyle Rittenhouse, now 18, accused of murder for the death last year of two white protesters in the riots that broke out in Kenosha after a police officer shoot African-American Jacob Blake. Rittenhouse has become a symbol and martyr for America’s hard-line conservatism, which, along with security forces, has raised funds for his defense and bail. “Kyle Rittenhouse went to Kenosha to clean up the dirt left by the Biden voter riots,” said FOX star Tucker Carlson, one of the most influential voices on the media right. Ohio Senate candidate JD Vance wrote on Twitter: “We leave our kids without parents. We let the wolves set their communities on fire and when nature tells them to go and defend what no one else is defending, we put the full weight of the state and global monopolists on them ”.

The misgivings and tension have marked both procedures. The jury selection in the Georgia case, with only one black person and 11 white people, sparked controversy, as did defense attorney Kevin Gough’s comment this week, complaining about the presence of black pastors in the courtroom: “We don’t want any more Black pastors here, or another Jesse Jackson, who was here last week, sitting with the victim’s family trying to influence the jury. “

In Wisconsin, the presiding judge came under fire for a humorous comment on Asian food by announcing a recess, in light of a possible delay due to supply chain problems. There is no room for light comment in these two cases, two trials in which the United States examines many of its traumas. In Rittenhouse’s case, to begin with, this same judge did not even accept the use of the word “victims” to refer to the deceased, arguing that it was not clear whether they were in fact a threat to which the young accused, who collapsed at trial, had no choice but to answer.

Kyle Rittenhouse loved the police. He had enrolled as a cadet in a program for teenagers who want to join the corps. And he also adored weapons. In one of the profile photos on his Facebook account, he appeared holding his semiautomatic rifle with another boy, also armed, with the slogan: “Duty. Honor. Courage. Blue lives Matter ”. On August 25, 2020, when the city of Kenosha (Wisconsin) suffered the third night of violent protests over the death of an African American by police shots, the boy took his rifle and went to contain the protesters.

He lived in Antioch, a city in the State of Illinois just over 30 kilometers from Kenosha, and had decided to respond to the call of some of the militias that those days were also out in the streets taking justice into their own hands. “The police are outnumbered and our mayor has failed. Let’s take up arms and defend our city! ”One of the groups, Kenosha Guard, had written on social media. At night at the rally, Kyle confronted the protesters. As the videos from that night showed, he struggled with two of them – Joseph Rosenbaum, 36, and Anthony Huber, 26, both unarmed – who tried to take his rifle from him. He shot and killed them. A third, the paramedic Gaige Grosskreutz, who was the only one of the three with a gun but approached the boy with arms raised, wounded him in the arm.

The ‘normality’ of seeing a civilian armed with a rifle

This trial deals, in part, with the right to self-defense, whether the young man really feared for his life and fired in reaction to a credible threat to his integrity. However, it also touches the nerve of the race and has brought out, once again, the crazy scenarios that an armed civil society can provoke. The latter became palpable on one of the days of the trial, when agent Pep Moretti took the stand. The policeman admitted that Rittenhouse had approached him just after the shooting, with his rifle, arms raised, but Moretti asked him to move away because the agent was going to look for the gunman and help the victims. The policeman said that he did not interpret by the gesture of the teenager that he was the author of the shots and was surrendering, that after all, those days, there were many armed people on the streets and it was not uncommon to approach the security forces with arms raised those days.

James Kraus, the prosecutor, asked Moretti, “So seeing someone with an AR-15 didn’t mean much to you at that point?” And the agent replied: “No, at that time of night, no.”

Would it have been the same if it were white?

Would the police have acted the same if Kyle Rittenhouse had been a 17-year-old black boy, armed with a rifle, during those protests? The family of one of the deceased, Anthony Huber, has sued the city of Kenosha, sheriff and the chief of police, accused of conspiring with the armed militias and allowing their violent actions. “If Kyle Rittenhouse had been black, he would have acted very differently,” the lawsuit says.

It’s the same question hovering over the Georgia court trying Gregory McMichael, a 65-year-old ex-cop; Travis McMichael, his son, 35; and a neighbor of these, William Bryan, 52. Ahmaud Arbery, a 25-year-old former soccer player, lived near the neighborhood where he died and, according to those close to him, was probably running there. No evidence has emerged that points him as a suspect in the robberies of those days. McMichael Sr. saw him go by and found him resembling a suspect in the robberies, so he called his son, got a pistol and shotgun, and went after him in a pickup truck. The neighbor helped them. They cornered him, tried to arrest him, grappled with him, and Travis fired.

At trial, the neighbor explained that he had become involved in the matter because “instinct” told him that Arbery “had done something wrong.” Bryan was working on his porch when he saw the boy running and the vehicle behind chasing each other, so he grabbed the keys and joined the chase with the intention of “helping.” An old law, dating from 1863, allows ordinary citizens to arrest “reasonably suspicious” individuals. It dates from the decline of slavery and was designed, in large part, for the slaves of that part of the old south. Later, it was often used to justify lynching black people. The governor of the state, Republican Brian Kemp, repealed it after this tragedy. The defenders of Travis McMichael have invoked that law, still in force at the time of the event, and the right to self-defense, alleging that, during the struggle, Arbery could have stolen the weapon and shot. There was not so much expectation for a verdict since the trial of cop Chauvin in the death of George Floyd.