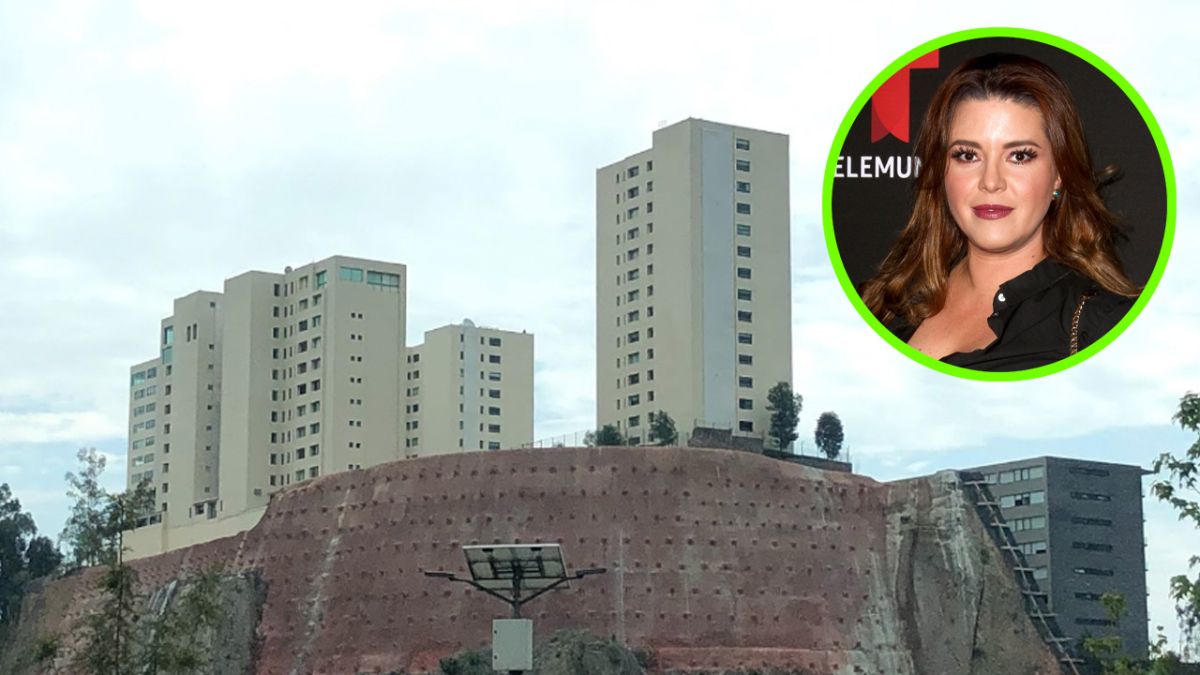 Venezuelan actress Alicia machado, 44 years old and who is one of the finalists of ‘The House of the Famous’, has gone through very difficult times in recent years, after, in October 2015, was forced to leave the heritage that with much effort built in Mexico City.

Despite the fact that more than six years have passed since that landslide that forced her to vacate her apartment in the exclusive Lomas de Santa Fe neighborhood, to the west of the Mexican capital, the former Miss Universe has not yet been able to recover and have a home of her own, as she herself confessed shortly before entering the Telemundo reality show.

“If it was a very big economic blow for me because that property for me had practically 12 years of uninterrupted work here in Mexico, novel after novel, plays, that is, it was a house that I bought with a lot of effort,” recalled the South American , last July, in an interview he gave to the program ‘Hoy’.

After losing her home, the former beauty queen she was forced to leave Mexico and take refuge in the United States, which not only meant a radical change for her, but also for her daughter, who was the most affected by what happened.

“The eviction has changed and disorganized our lives and affected our heritage and even put my daughter’s education in instability; That is why since I did not have a place to live at the moment, I had to leave the country ”, the singer also declared at the time.

What is the home that Alicia Machado left in Mexico City like?

That apartment was located inside the exclusive Vista del Campo residential complex, from which there were spectacular views of some volcanoes and the city, as it was located on the edge of a cliff.

The building, where invested around 2007 and that at the time of its evacuation it was inhabited by 116 people, it has all the luxuries and amenities that we can imagine, which is reflected in the rental price of the apartments, which can be offered up to $$ 5,000 monthlys, while for sale they may be up to $ 1.5 million.

According to the residential’s technical file, Alicia Machado had a 24-hour security service, green areas, an indoor pool, a gym, children’s games, a multipurpose room, among other amenities.

This is what the humble ranch looks like where Ariel Camacho, founder of Los Plebes del Rancho, grew up

Get to know the inside of the house that Carmen Salinas will inherit from María Eugenia, her daughter