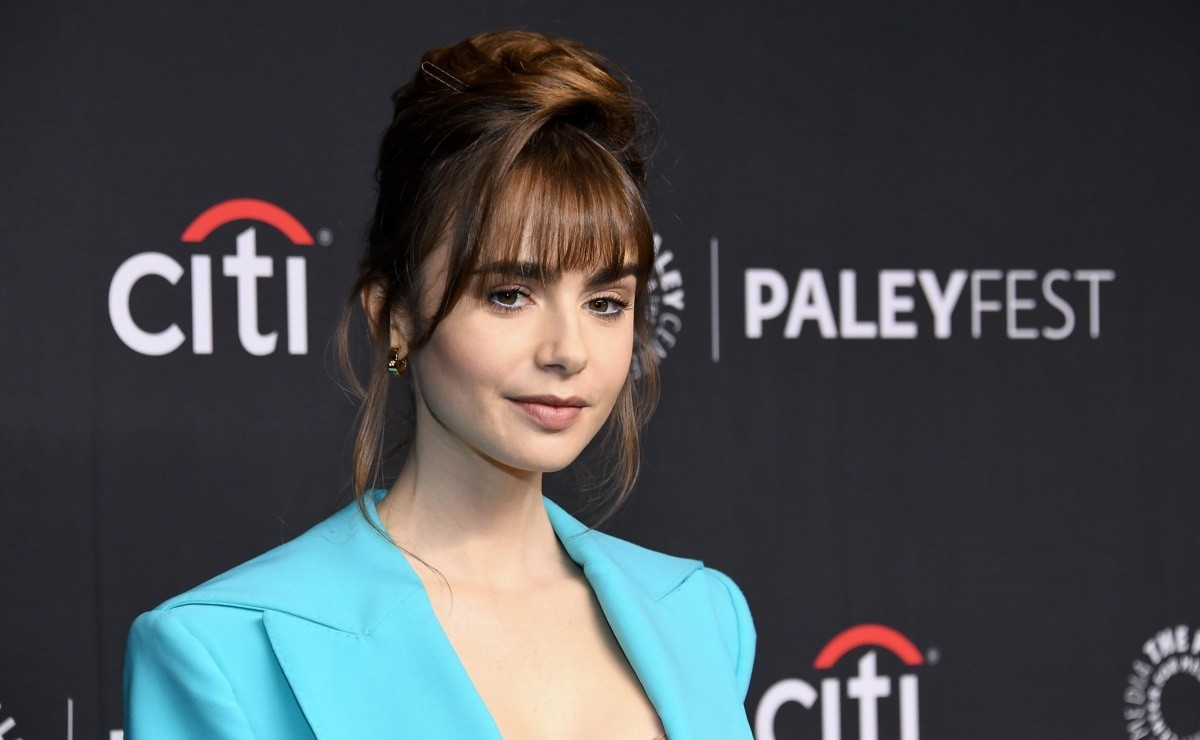 The actress who stars in the Netflix series Emily in Paris He started in the world of cinema a little over a decade ago. Her first project was with Sandra Bullock.

Lily Collinsthe drummer’s daughter Genesis, Phil collinssoon found in the world of acting and Hollywood his true passion. Today turned into the figure of one of the most watched series of Netflix, Emily in Paris, the actress is one of the most sought after faces when it comes to projects. But how did she get started in the art world? It was thanks to a movie that you probably didn’t remember that she had her presence.

In 2009, Lily Collins was chosen to play one of the characters in The Blindsidethe film for which Sandra Bullock won the Oscar. In this production, the artist was in charge of putting herself in the shoes of Collins Tuohy (coincidentally her character had the name of the actress’s last name), one of the daughters of Leigh Anne Tuohy. If you didn’t remember her, don’t worry, it makes sense.

The Blindside It was a film that was responsible for portraying the true story of the American football player Michael Oher. Raised with virtually no resources, he was rescued from the streets by Leigh Anne Tuohy, who decided to adopt him and give him all the opportunities that he had not had until then. Over time, Michael Not only did he manage to improve his school situation (for many teachers he was a hopeless case) but he also managed to train as a professional athlete and compete in the most important league in this sport.

In The Blindside, Lily Collins he had a very minor role with just a few lines of dialogue. This is something completely striking if one takes into account the importance of collins in the life of Michael Oher. Even though the movie John Lee Hancock go deeper into the relationship Michael had with his adoptive brother, SJ Tuohyin real life Collins Tuohy it was crucial for this athlete to be able to improve his studies and be accepted in the prestigious universities that wanted him to compete in college football. collins He even postponed his own career in order to help him, but this is not something that is reflected in the film.

+Michael Oher’s opinion on The Blind Side

As is often the case with movies based on real events, the harshest critics are often the protagonists who inspired the stories. In an interview with ESPN, Oher He assured that he did not like the film because of how it showed him. “People look at me and don’t respect me because of the movie. They don’t really see the skills and the type of player I am. That’s why they demean me so much.”, assured. It is that, for dramatic purposes, one of the issues presented in the film of Hancock it has to do with how little I knew or understood oher about American football, something that wasn’t quite like that in real life. “This, calling me a dud, people talking about whether I can play or not… that has nothing to do with football… it’s about something else, off the field. That’s why I don’t like the movie ‘‘, he sentenced.