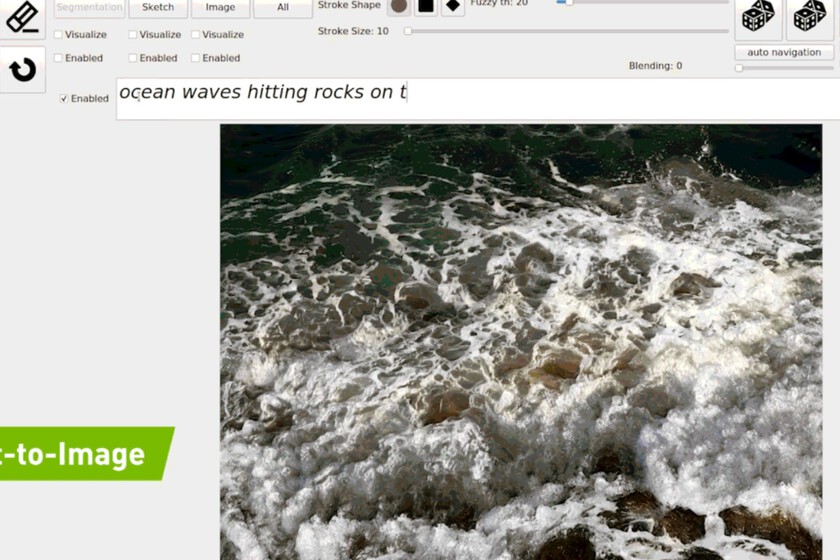 This NVIDIA AI “paints” photos while you talk

The NVIDIA experiments with artificial intelligence systems they are already numerous, and some have become an integral part of their bet in the world of videogames —DLSS is the best example—.

The application of neural networks and deep learning already gave us some surprises like its NVIDIA Canvas experiment, but now the firm is back to its old ways with ‘Paint me a picture’, a system that is able to “paint” a picture —or rather, a photo— as we talk.

The magic of the system comes from the so-called GauGAN2, the latest version of its artificial intelligence painting system. The use of this antagonistic generative network (GAN, for its acronym in English) has evolved, and now allows that as we speak and say descriptive words of the landscape, it is represented in the image that is changing according to those words.

Everything is offered in real time, and as revealed in NVIDA it is a small step in that effort to demonstrate the capacity of this type of artificial intelligence systems. It is now possible to “combine multiple modalities – text, semantic segmentation, outline and style – with a single GAN environment.”

Creating a landscape in the style of the world of Tatooine in the Star Wars universe only needs to use the words “desert hills sun” (“desert, hills, sun”) – at the moment it only works in English, which allows you to create a starting point That we can then modify to add, for example, a second sun. 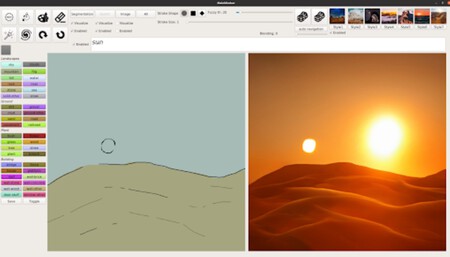 This system was trained with 10 million high quality images that fed the engine running on the NVIDIA Selene supercomputer, which currently ranks sixth on the TOP500 list. The idea of ​​this experiment is “to illustrate the possibilities for the future for powerful image generation tools for artists”, and of course the proposal may turn out to be interesting for the future.