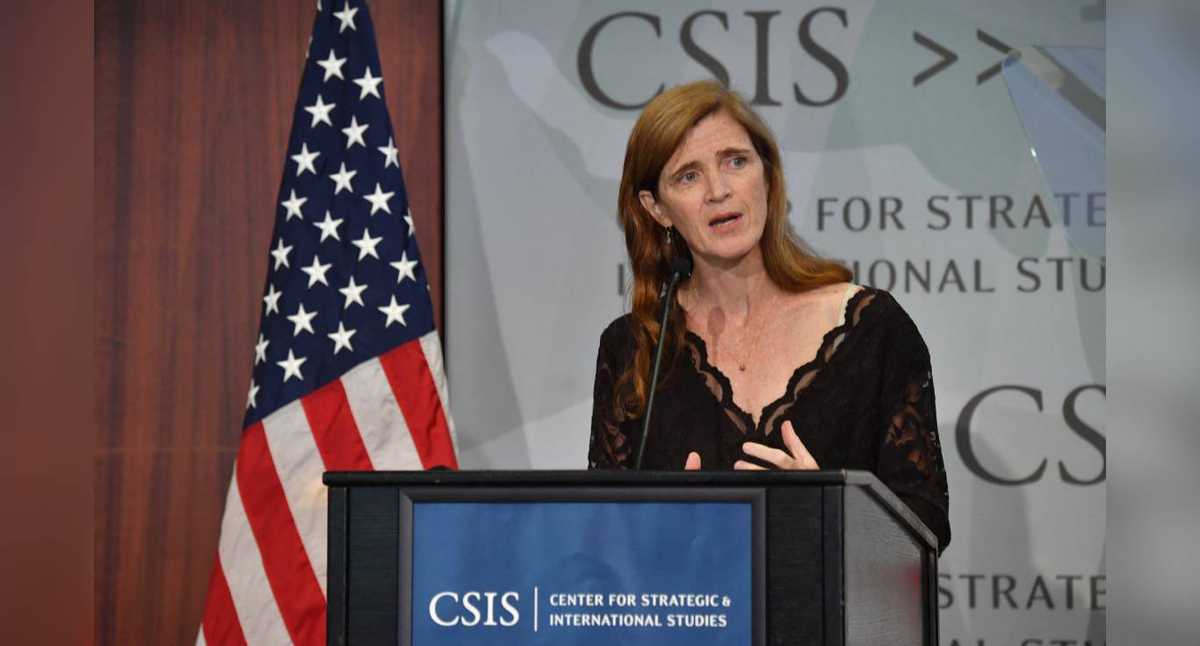 The Government of the United States announced who will be the members of the diplomatic corps who will arrive in Colombia next Sunday, August 7, for the presidential inauguration of Gustavo Petro.

The delegation will be led by Samantha Power, administrator of the United States Agency for International Development (USAID). She will be joined by Gregory Meeks, chairman of the House Foreign Affairs Committee; Francisco Palmieri, ambassador in charge of the United States in Colombia; Desirée Cormier, Representative for Racial Equity and Justice of the United States Department of State, and Juan González, Director for the Western Hemisphere of the National Security Council of President Joe Biden.

This was announced by the White House through an official statement. The North American country has shown interest in maintaining good relations with the new president. “President Joseph R. Biden Jr. announced today the appointment of a presidential delegation to Bogotá, Colombia, to attend the inauguration of His Excellency Mr. Gustavo Francisco Petro Urrego as President of the Republic of Colombia on August 7, 2022″ they said.

For a few weeks there had been talk of the possibility of the arrival of this entourage. According to some of the invited diplomats, the objective of establishing a roadmap for the benefit of both nations was outlined. It is expected that the White House delegation, beyond accompanying the presidential inauguration, dialogues with the new Government to establish goals for the coming years.

Among the major issues that the US government has expressed importance to Colombia, are economic cooperation, the fight against climate change and the implementation of the Havana peace accords.

González had already announced that he would come to the country to fulfill that appointment on behalf of the US president. “We are going so that, when President Petro is inaugurated, we advance in a fairly concrete way (…) also to give a constructive signal and in good faith to try to work with this Government,” said the senior White House official. .

For his part, Power said in the last few hours that relations between the governments of Petro and Biden are starting off in the best way and that he wants to work in that direction in the coming years.

“I am excited to travel to Colombia for President-elect Petro’s inauguration. He was elected under a program that seeks to promote social equity and sustainable economic growth, while protecting human rights and the environment,” said Power.

Likewise, the administrator of the United States Agency for Development praised Vice President Francia Márquez. “She went from a long-forgotten region (the Pacific), to national recognition as a strong defender of the environment and of marginalized communities, which have been affected by the armed conflict,” said the senior USAID official.

He stressed that for several decades that institution has had relations with Colombia on different issues and that they hope it will continue to be so. Power assured that the points that will be discussed with Colombia will be related to climate change and the search for a deeper democracy.

The senior official of the United States Government stressed that President Biden has been the one who has invested the most in Colombia in the history of relations between the two countries.