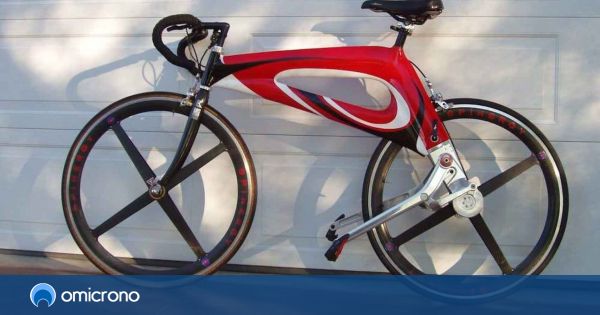 When it seemed that everything was already invented when it comes to bicycles and that no one can surprise anymore, ideas arise that challenge the established. In recent years, not only has the use of electric models stood out, but also avant-garde designs such as this Spanish bike or groundbreaking options that aspire to reduce knee injuries.

Rodger Parker saw how his wife suffered from her knee after being a cyclist for many years, he wondered why after so many years he had not invented a less aggressive design for athletes, without resorting to electric batteries. doubt led him to undertake his own project.

He wanted to find a bike that could be used around town or in the mountains, for exercise or just getting around. Among his goals was reduce physical impact and accidents which causes the chain to be in poor condition. This is how NuBike was born, the bicycle that reinvents the way of pedaling.

More than pedaling, it could be defined as pumping. The cyclist should only make an up and down movement with the pedal, flexing the knee more slightly, but also exercising the muscles of the legs and hips.

This is the quality that makes this bike unique, its vertical pedaling design that replaces the traditional rotary with a chain that usually gives problems over time. To do this, this Los Angeles inventor devised levers that connect the pedal to the rear hub.

The rest of the equipment does not differ much more than what can already be found in other two-wheelers. It has a sports handlebar, brakes and a saddle that can be leveled according to the height of each person. After several prototypes, the bicycle that Parker imagined one day in his head has become a removable model that weighs only 1.36kgwhile another traditional race can weigh more than 6 or 8 kilograms.

To transport it more comfortably, it does not fold like other options on the market, but it can be disassembled to store it in the trunk of the car with ease, a system of sliders at the end of the forks allows the wheels to be easily separated from the frame.

The American responsible for this innovation emphasizes that with the vertical design he intends to solve several of the most recurrent problems of bicycles. On the one hand, this solution presumes to be less harmfulthe movement exerted by both the foot and the knee up and down instead of in circles allows to avoid knee injuries, the great evil of cyclists.

However, the load would fall more heavily on the quads, but they do not mention that this is a problem in the long term. On the contrary, the information and the videos in which the invention is shown indicate that the pumping design propels the vehicle with greater power. 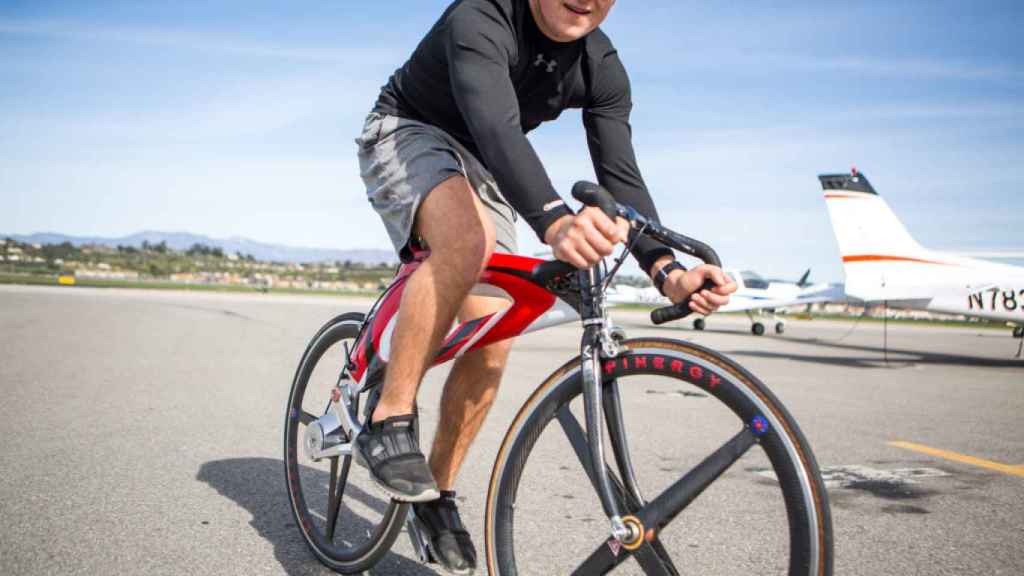 The tread would be more complete and the dead point that pedal and chain have in traditional bikes is reduced. This, says Parker, helps move faster with less effort: “Gravity and near-vertical pedaling, combined with the rider’s weight, produce a continuous force throughout the pedal stroke.”

The benefits do not end here, another advantage is based on the absence of chains. This element is usually the cause of the occasional scare, when it comes out of the mechanism or gets caught on clothing. Cyclists must invest from time to time in repairing or replacing the chains, an expense that in this case would be saved.

It is not the first time that an attempt has been made to improve the performance of bicycles by eliminating the problematic chain of riding. Although it is the first bike with this pedal movement, which does not prevent up to four intensity levels from being applied.

Carrying out the NuBike has not been an easy task. During the build process, frame materials and their weight were a concern for Parker. “The composite frames manufactured at the beginning they literally snapped under stress“, Explain. To eliminate that problem, he opted to include an internal carbon fiber “I-beam” as a secondary structure. Still, the resulting frame weighs just over 1.3 kilograms. 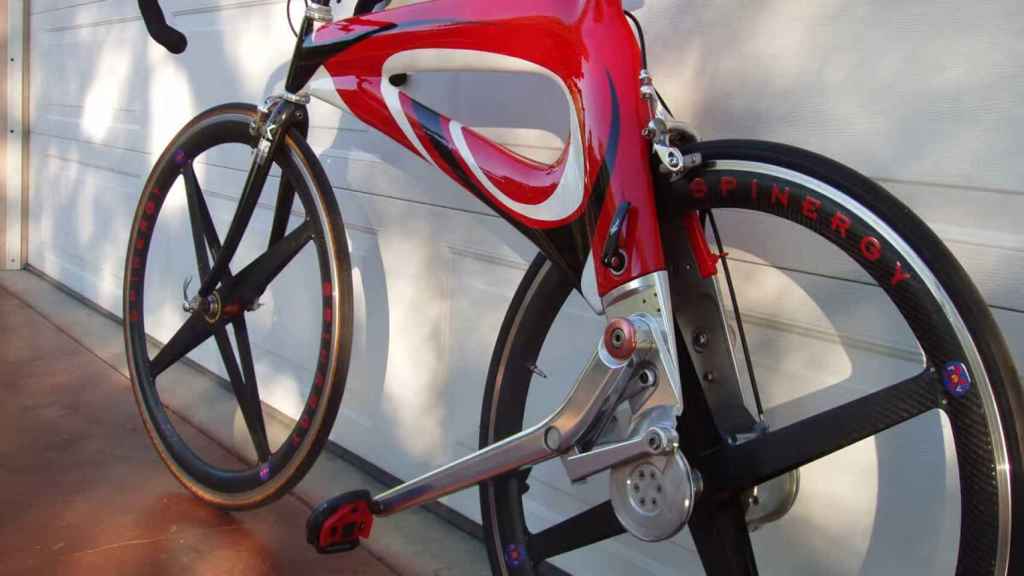 It was not the only problem he had to face. Until he found the right materials, Parker came to file the project without even filing the patent.. “There was so much power and torque going to the rear wheel that the axles were literally twisting into pretzels.” A year later he discovered a different metal used in military applications that requires special equipment to shape it, and the project got off to a flying start.

Its creator is convinced that his invention is suitable for all types of cyclists and routes, although the design is closer to racing use. In 2019 he launched his invention through the Kickstarter financing platform for a price of around 3,000 euros. For now, this design does not seem to have caused the expected impact on the market; Centuries of bicycle history are not changed overnight.