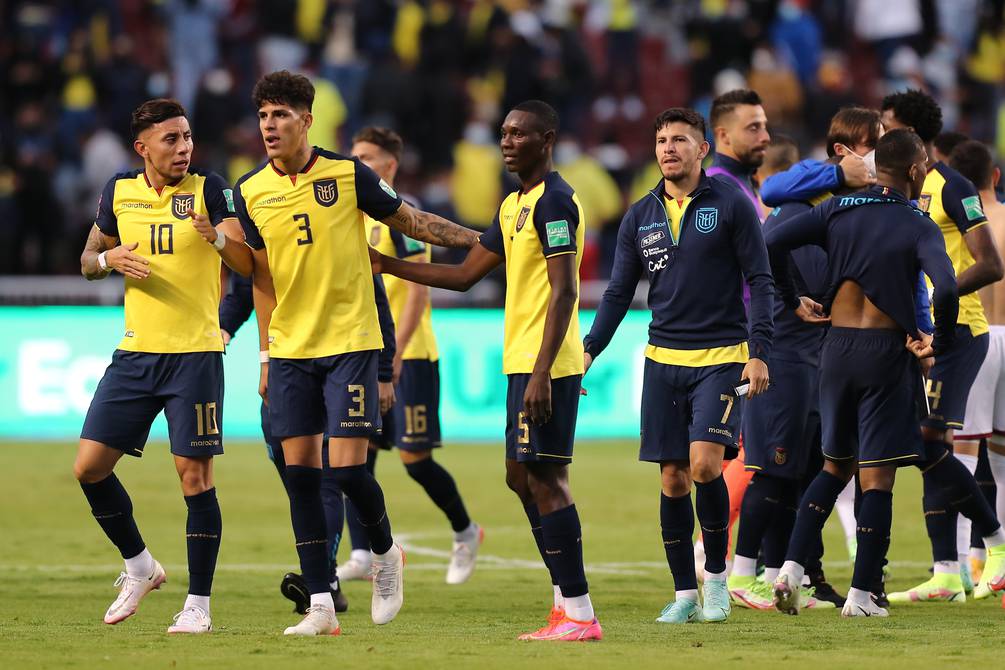 Some 25,000 people will be able to celebrate the qualification on Tuesday if Argentina defeats Brazil and Colombia (fifth) does not defeat Paraguay.

Messi’s Argentina wants to close a dream year by signing his visa to Qatar-2022 this Tuesday before his archrival Brazil, already classified and without Neymar, on a date in which Ecuador can pave its way to the World Cup if it defeats a Chile on the rise.

La Albiceleste is excited to crown on Tuesday in San Juan (western Argentina) its pass to the World Cup in a movie year that reached the climax with the Copa América title at the Maracana in July and against the historic rival after 28 years of drought .

With 26 undefeated matches (19 wins and seven draws), Lionel Scaloni’s team awakens a renewed popular passion that was reflected in the incredible demand for tickets at the San Juan stadium.

Some 25,000 people will be able to celebrate the qualification if Argentina defeats Brazil and Colombia (fifth) does not defeat Paraguay. Or also in case Chile (fourth) does not beat Ecuador and Uruguay (sixth) does not beat Bolivia either.

Crowds of supporters waited in long lines for more than a day to secure seats and watch their idol Messi against his historic adversary.

However, the expected duel of the Argentine star against his friend Neymar, both teammates in Paris Saint-Germain, will not take place due to a pain in his left thigh, the Brazilian Football Confederation reported.

“Brazil-Argentina is a great game, full of history, with a high individual level in both teams,” said Brazilian coach Tite.

The Seleçao achieved their classification last date after accumulating an impressive harvest of 34 points in 12 games. Both South American powers owe their match on the sixth date suspended due to the entry into the playing field of Brazilian anticovid health agents.

Ecuador clings to the podium

The podium, with the right to a direct ticket to Qatar, is already beginning to be the comfort zone of the complicated Ecuadorian team, which visits Chile in Santiago on Tuesday (also in the direct qualification zone), in a clear recovery in the World Cup with three consecutive wins.

It is a match that will set the course for both in the World Cup, in the absence of four dates between January and March next year.

Ecuador looks comfortable in the third position, with 20 points, at a distance of four with respect to Chile, Colombia and Uruguay (the 3 with 16, but the coffee growers fifth with a better goal balance than Celeste, sixth). A triumph of those led by Argentine Gustavo Alfaro will leave the path quite clear to advance to the World Cup.

The whole of half the world will continue to bet on keeping zero on its fence as a method to reach the maximum appointment, according to Alfaro, and Chile is encouraged with its escalation in the last three dates, the last vital against visiting Paraguay.

Colombia waits in hot Barranquilla for a Paraguay with very few chances (eighth, with 12 points) but it will have to go for the victory without shyness to catch on in the fight for one of the four direct quotas.

The coffee team travels through the flimsy playoff zone from which it will be difficult for them to leave if they do not solve their alarming scoring drought of four consecutive games without scoring.

A similar situation is going through the Guaraní team with just 9 goals in 12 games and in the zone of maximum danger. A huge challenge for new coach Guillermo Barros Schelotto, especially after making his debut against Chile last date with a loss in Asunción.

Must be up to par

With the alarm lights on, Uruguay will play against Bolivia at the height of La Paz (3,600 meters).

La Celeste cannot leave more points on the road after the undeserved 1-0 loss to Argentina on Friday in Montevideo.

In sixth place, the team of ‘Maestro’ Oscar Tabárez is out of any qualifying option, with the same score as Chile (fourth) and Colombia (fifth) but worse goal difference.

It is always a difficulty for the teams of the plain to climb to the height of La Paz and even more so for teams like Uruguay in a state of extreme need and with their striker Luis Suárez on the substitute bench.

“We are forced to add, because we have already come from three consecutive defeats,” said Uruguayan midfielder Matías Vecino before the match with those from the altiplano.

Bolivia (second to last with 12 points), which in the qualifiers bets everything on its home games, is in the farewell stage, far from being able to reissue its last World Cup participation in 1994.

Peru (seventh with 14 points) cannot fall asleep in Caracas against the evicted Venezuela (7) if it wants to repeat its World Cup participation at the hands of Argentine Ricardo Gareca.

It is almost mandatory for the Inca team to conclude the year with a victory and wait for one of the three that make up the 16-point squad (Chile, Colombia and Uruguay) to fall to be better outlined by a direct quota or in the repechage zone.. (D)