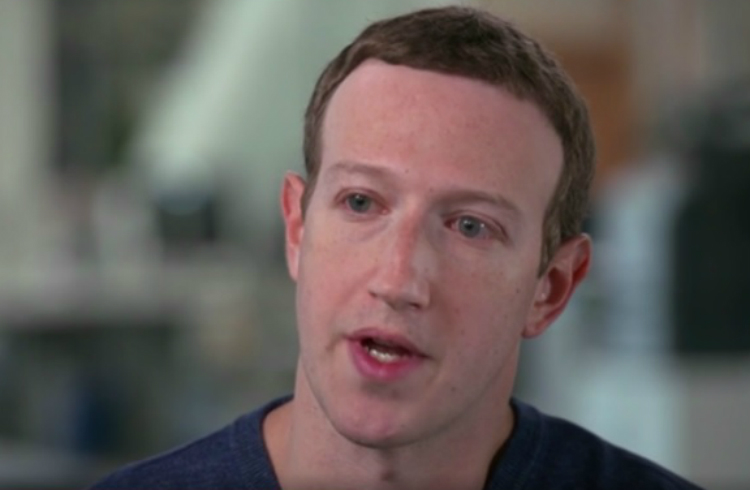 In May, the intention was announced to amplify the utility of Facebook Pay and make it the official payment tool of the Metaverse, but under the name of Meta Pay. Today, Mark Zuckerberg himself has already announced new news for his virtual world and the way in which trade can be managed under this scheme.

“We are working on something new: a wallet for the Metaverse that allows you to securely manage your identity, what you have and how you pay (…) There is a long way to go to get there”, announced this Wednesday morning on his official profile.

According to the NASDAQ 100, Meta Platforms, Inc. on Wall Street opened this June 23, 2022 with a rise of 0.15 and after the announcement of the Meta Pay payment system, increased to 2.18 percent, at its highest peak at 11:26 am, closing with green numbers at 1.84 percent; while the main competitor of this tool, PayPalopened at 0.13 percent and at the same time Zuckerberg made his announcement it registered a small increase, towards 0.70 percent, closing at green numbers of 1.15 percent. 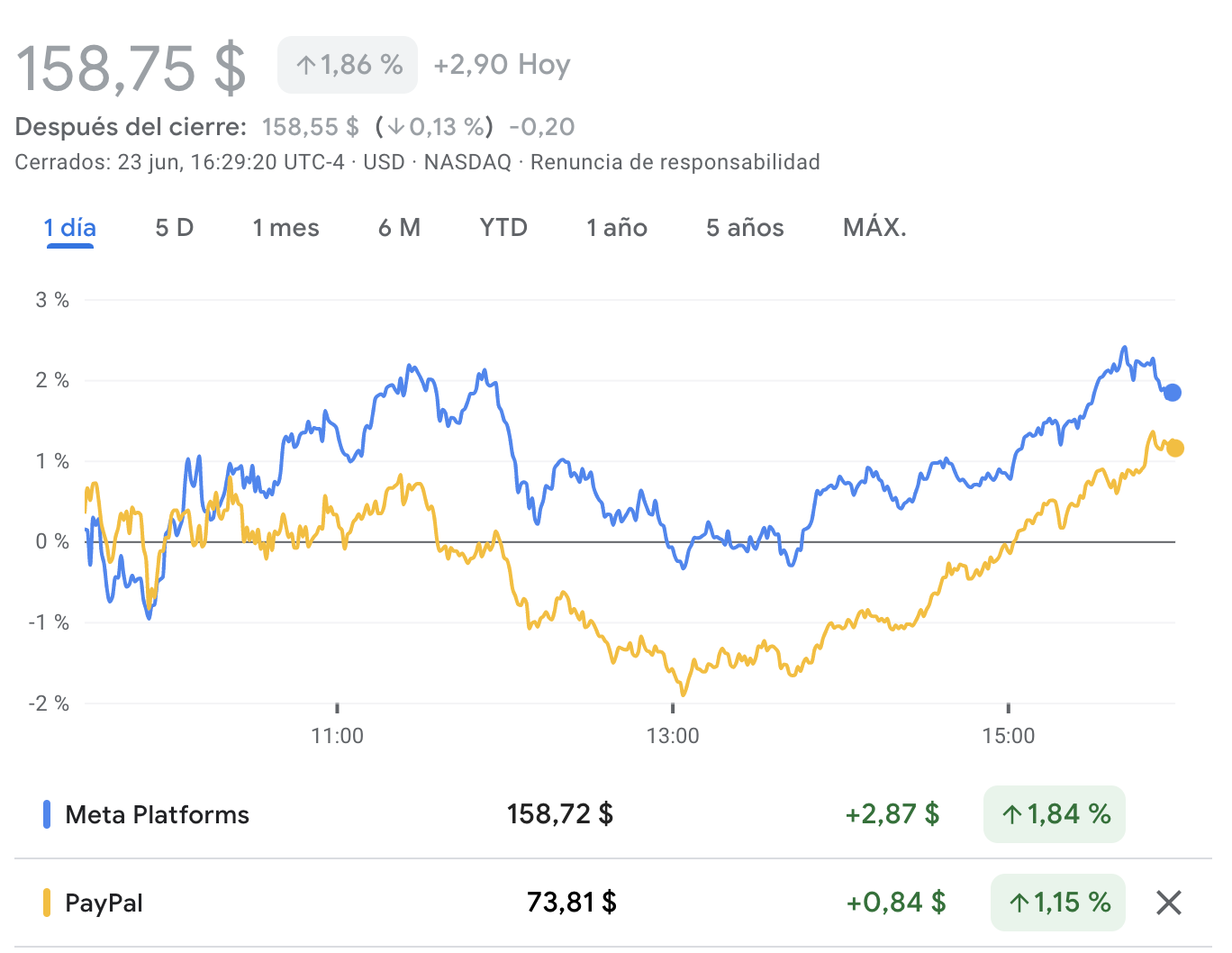 According to the CEO of Facebook, WhatsApp and Instagram, the new system is already being optimized and is expected to arrive soon, initially to make payments through all the platforms that make up Meta Platforms, Inc., especially Facebook, where generate most of the ventures and where, now, users will be able to integrate their card data in the apps and pay securely.

“Today we are taking the first step by changing Facebook Pay to become Meta Pay. It will keep the same easy way to shop, send money, and donate to causes you care about on Facebook, Instagram, WhatsApp, Messenger, and anywhere else you can use Facebook Pay.” Zuckerberg noted.

In addition, the billionaire emphasized that this new virtual tool will work with each integrated profile, since a wide and varied digital market is expected where all kinds of items can be found, such as clothing, art, videos, experiences and virtual events.

Zuckerberg He added that this kind of interoperability will offer better opportunities for content creators and the monetization they get on their platforms.

“The more easily you can transact, the bigger the opportunity should be for creators. We are looking forward to building this.”

Two digital platforms that have also updated their payment systems are Telegram and TwitchIn the first case since last year, the social messaging network allows you to pay for services natively, thanks to the use of 8 integrated providers, such as Stripe; while the newest live video streaming network is developing a system, previously released in beta, to fire a moderate amount of ads during streams.

During an interview with Jim Cramer, from CNBC, the CEO of Meta Platforms, Mark Zuckerberg, explained how he imagines his Metaverse will operate as a business scheme.

“Basically, we hope to reach about a billion people in the Metaverse, doing hundreds of dollars in trade, each buying digital goods, digital content, different things to express yourself, whether it’s clothes for your avatar or other digital goods for your home. virtual, or things to decorate your virtual conference room, utilities to be able to be more productive in virtual and augmented reality and in the whole metaverse in general”, said.

According to the entrepreneur, immersive experiences are the future he has dreamed of in recent years, making text, photos or videos omnipresent on Facebook and Instagram and allowing users, despite the distance, to connect beyond a video or audio call.

However, although this is a space that opens the doors for companies to develop solutions of all kinds, capable of helping the daily needs of users, whether in the field of health, entertainment and even online shopping , experts indicate some dangers to contemplate; For example, data from Statista reveals that the main concern of users derives from problems of privacy, mental health and addiction to Augmented Reality. 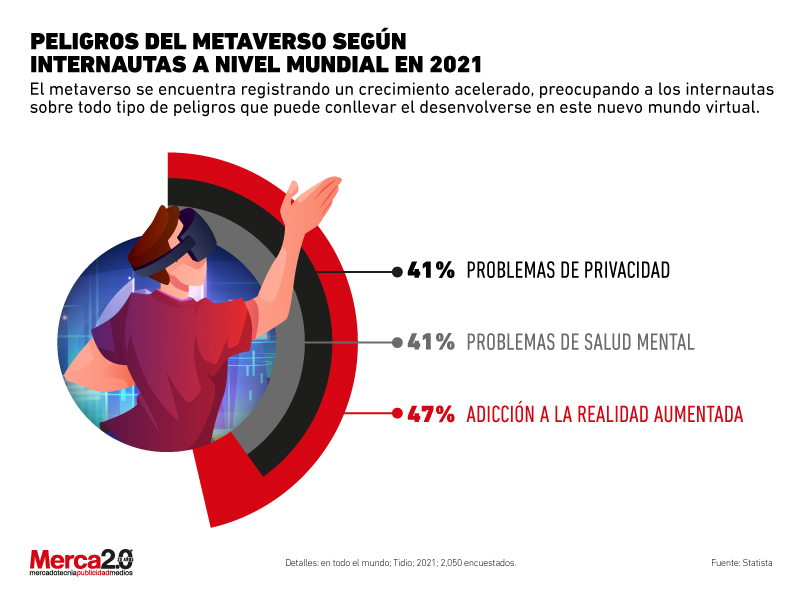 Despite the promotion that the CEO has made to the Metaverse, data from Meta Platforms, Inc. mentioned in Zuckerberg’s interview reveals that investors have reduced the company’s market capitalization in mid-2022, since the growth that was seen at the end of 2021 slowed down; however, it is expected to return to the trend at the end of the year, since since 2014 the company has invested in pioneering versions of the project with augmented reality, paying at that time 2 billion dollars for the manufacturer of Oculus VR headsets, so that Zuckerberg is optimistically betting on the performance of his now new-generation Meta Quest 2, whose starting price is $299.

Elon Musk gives confidence to the crypto market with a tweet