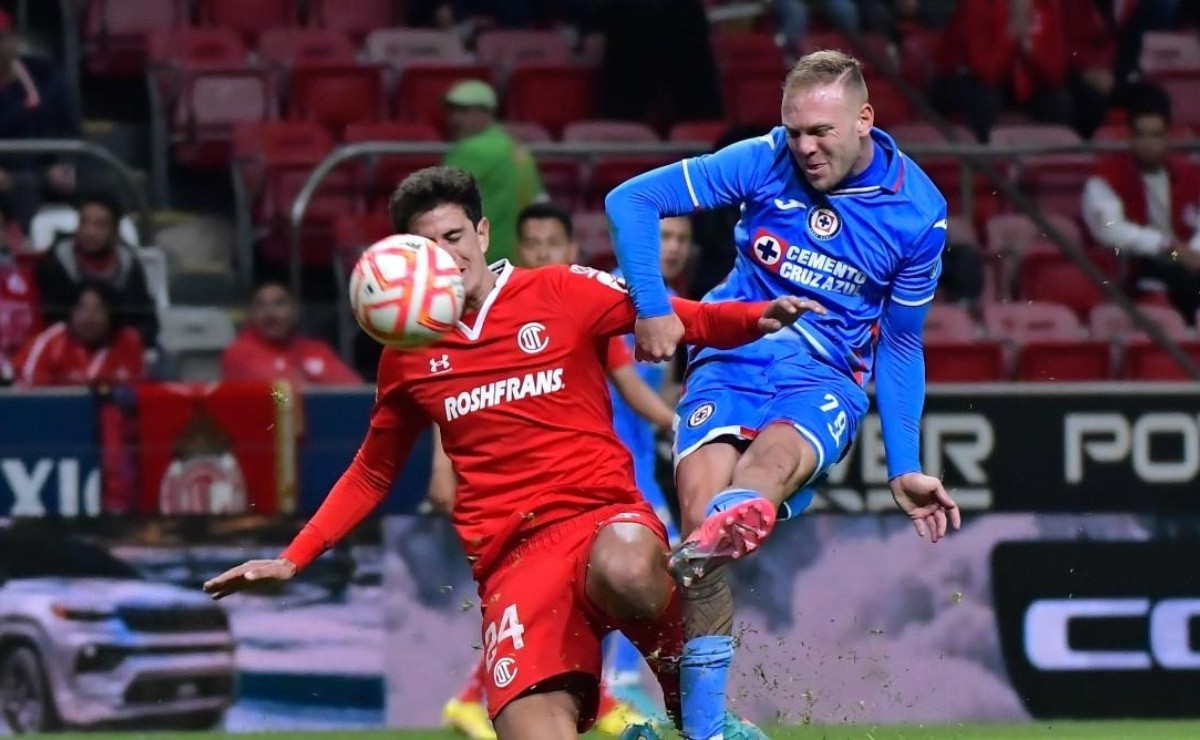 This is how Cruz Azul was after the draw against Toluca …

The cement team squandered the advantage in the last minute of the commitment and was at the gates of their second victory.

It could not be. Cruz Azul had the victory in their hands in the third commitment of this Group A for the Sky Cup. Emanuel Gutiérrez made his debut as a scorer and scored the only cement goal in the game at the start of the second half against Toluca. The young striker carried out a good maneuver in the area that left him facing the goal to lead the visitors at the Nemesio Diez.

However, Toluca relied on the small audience that attended this match and tried until the end… and won a prize. In the last minutes of the commitment it was Juan Gamboa who put the tables on the scoreboard after fishing a cross into the area that neither defender nor Andrés Gudiño himself could stop.

With today’s point, those led by Raúl Gutiérrez reach five units and remain the leaders of this Group A which entered its final stretch. The other match in this area will be played tomorrow, where Club América and Pumas UNAM will play their continuity in the tournament from the University Stadium.

In the event of a tie between Americanistas and university students, Cruz Azul would continue at the top on equal terms with Las Águilas. However, if the cream-blue were to get all three points, they would go on to command Group A of this pre-season competition.

When does Cruz Azul play again?

The next commitment for the cement growers is scheduled for Tuesday, December 27 against Club América in the most attractive duel of this group. As against Toluca, this clash will be played at the Estadio Nemesio Diez facilities starting at 7:00 p.m. (local time).